Does Your Work Matter to God? 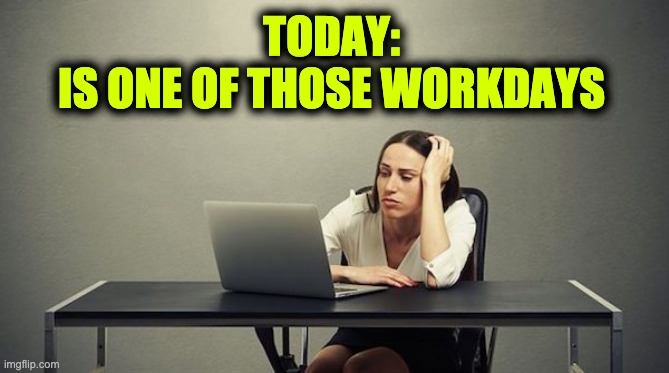 Since many of us spend so much time and energy in our work, it’s good to reflect on vocations (and avocations, that is, voluntary work)—since we recently celebrated Labor Day. This pandemic has caused many to not be able to work. One friend told me, “Being told to stop working by the government has a corrosive effect, and a large-scale evaluation of work is occurring with many adopting false narratives about work.”  Work Matter to God

It is a given that not everyone enjoys their work.

Author Hugh Whelchel says that many would quit their jobs if they received a large fortune, enabling them to not have to work. He cites a Gallup poll, which “found that 77 percent of Americans hate their jobs.” Because of these sentiments, Whelchel is dedicated to helping Christians find and pursue their calling, and he is the executive director of the Institute for Faith, Work & Economics, in the greater D.C. area.

What about overly repetitive jobs? Charlie Chaplin explored the pitfalls of over-industrialization in his 1936 classic film, “Modern Times.”

Chaplin said the germ of the idea for the film came when he read about the repeated phenomenon of young men leaving the farm and going off to work in the Detroit automobile assembly lines for good pay—only to suffer a nervous breakdown after a couple of years. In the movie, Chaplin (as his classic persona, “The Tramp”) works in a factory with its fast-paced assembly line. Eventually, he snaps and wreaks comic havoc in the factory.

If you are blessed to get work doing that which you enjoy, you are blessed indeed. But, as a friend of mine notes: “The idea that work should be non-repetitive and creatively fulfilling is nice—and something that has only ever existed for a very few fortunate people in world history.” And he added, “I’m certainly glad for the millions of assembly line workers who’ve enabled me to have my cars, my phone, my computers, and all my other conveniences.”

Work is good. Work was designed by God, says the Bible: “The Lord God took the man and put him in the Garden of Eden to work it and to care for it.” We are designed to work, and labor gives meaning and purpose to everyday lives. We are commanded to work. We glorify God by work well done (unless, of course, it is work that harms others, e.g., pornography)

I believe in the Puritan notion of “calling.” As Dr. Os Guinness, author of The Call points out: If there is a calling—there is a Caller, i.e., God. Yes, our work does matter to God. And different people are equipped with different skills and different temperaments for different work assignments—paid or unpaid.

I love this definition of success (and fulfilling work) that comes from columnist Whit Hobbs: “Success is waking up in the morning, whoever you are, wherever you are, however old or young, and bounding out of bed because there’s something out there that you love to do, that you believe in, that you’re good at—something that’s bigger than you are, and you can hardly wait to get at it again today.” (Source: Richard Edler’s 1995 book, If I Knew Then What I Know Now.)

Dr. D. James Kennedy said, “God has declared that life is simply a proving ground, a testing ground for eternity. How we live our lives here—including fulfilling the Cultural Mandate of God to till the earth, to work, and do the things that God has given us to do as His stewards, and for which we will be responsible—will greatly affect how we are seen in the eyes of God. The Bible clearly says that if any will not work, then let him not eat, because God has created us for the purpose of working.”

In her essay, “Why Work?” (from the 1949 book, Creed or Chaos?), British Christian writer Dorothy L. Sayers makes some great points:

Sayers also notes, “[W]ork is not, primarily, a thing one does to live, but the thing one lives to do.”