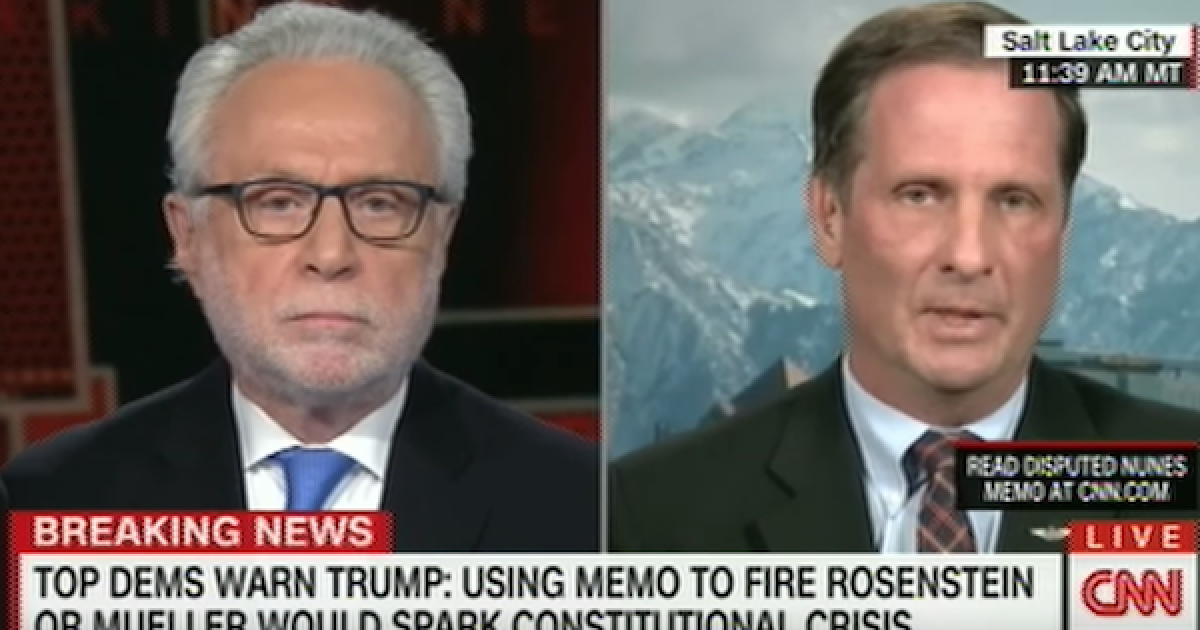 The radical left’s “resistance” program has become so abstract that they are now openly rooting for Russia over the President of the United States.

This bizarre and un-American tactic has never been more apparent than it is today, as CNN personality Wolf Blitzer went on an incredible rant in the wake of Donald Trump’s decision to declassify a notorious FBI memo detailing incredibly salacious grievances against the President.

“Friday on CNN’s ‘Wolf,’ host Wolf Blitzer harangued Rep. Chris Stewart (R-UT), a member of the House Intelligence Committee, for releasing the much-anticipated FISA memo and doing so not at the same time as the Democratic Party minority memo, so that a side-by-side comparison could be made.

“’So, Putin has succeeded because that’s what’s happening right now,’ he said. ‘The whole nature of the support for the intelligence community, the law enforcement community, the fighting that’s going on here in Washington, he’s sitting back and he’s smiling, saying, guys, good work. We succeeded.’”

This is the absurdity of the left, openly transforming Presidential motives of transparency and access to government into some evil and nefarious conspiracy theory involving a somehow-conniving President Trump acting as a Russian double agent.

Why are we allowing this from our supposedly objective media?  Simply put, because CNN and others need conflict in order to maintain an entertainment edge when convincing advertisers of their platform.

We must remember that the mainstream media is nothing more than another form of entertainment for the liberal left, and, as the old adage says, “if it bleeds, it leads”.  The more salacious the better, when it comes to CNN, MSNBC, and their cohorts.