Report: Wind and Solar Has Added Nothing to Power Grid

But They Are Great At Killing Birds 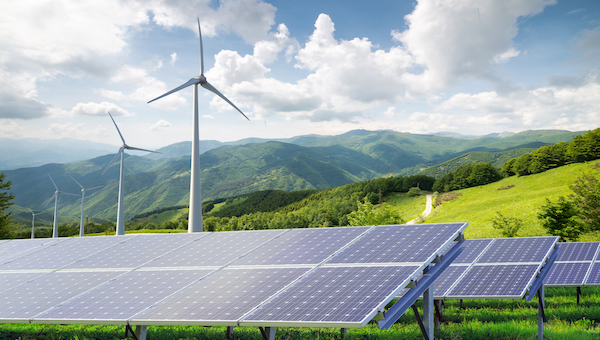 wind and solar
Researcher David Stevenson recently wrote an essay detailing how little wind and solar power have added to the power grid.

“This comparison of actual regional grid carbon dioxide (CO2) emissions between 2019 and 2021 shows increased use of wind and solar did not reduce emissions,” Stevenson wrote in his report.

Stevenson went on to assert that wind and solar are both garbage technologies.

“Wind and solar electric generation are actually poor technologies no one would use without permanent government mandates and massive subsidies and taxes that are adding $1 billion a year in power cost. They are also unreliable, non-recyclable, have negative environmental impacts, have shorter productive life spans than alternative power sources, and take up a lot of ground. Why are we using wind and solar if it doesn’t reduce carbon dioxide emissions?” He wrote.

Wind and solar are so unreliable, Stevenson noted, that other sources of power that the left claims are “dirty” must be cycled up and down over and over again to bridge the gap left when wind and solar fail.

“Coal emissions should have fallen the same 7% generation did, but only about half as much as power plant efficiency fell,” he wrote.

Indeed, Stevenson found that emissions fell only a tiny .8 percent. And if wind and solar weren’t part of the equation, he reckoned that emissions would have gone down more.

“This lack of CO2 reduction by wind and solar comes at a high cost. Taxpayers and electric customers provide expensive subsidies totaling almost $2 billion in the 2020-21 period, or $1 billion a year,” he wrote.

Solar and wind do have some successes If one hates birds.

Apparently, birds like to land in wide open spaces with no humans around like solar panels], but because of the heat of the panels and the reflection of the sun, they get zapped.

AMERICA’S SOLAR FARMS have a bird problem. Utility companies have been finding bird carcasses littering the ground at their facilities for years, a strange and unexpected consequence of the national solar boom. No one was quite sure why this was happening, but it was clearly a problem for a type of energy that was billed as being environmentally friendly. So in 2013, a group of utilities, academics, and environmental organizations came together to form the Avian Solar Working Group to develop strategies to mitigate avian deaths at solar facilities around the US.

It is estimated that Wind Turbines kill 1.17 million birds a year.

Joel Merriman, a wind specialist at charity the American Bird Conservancy, modeled the death rate at the start of 2021. He accounted for the fact that many of the bird death studies were published earlier in the decade, and the numbers will have increased since then. He also factored that many smaller birds’ deaths will escape the notice of studies. Merriman concludes that annually each year, 1.17 million birds are killed by wind turbines in the US.

Neither energy kills a substantial amount of the estimated 7.2 billion birds in America. But the way they are killed in an excruciating manner. If this happened in pet shops, using these clean energy methods would send someone to jail.

Billions of tax dollars are wasted every year on wind and solar, Its lack of recorded net energy effect demonstrates we’ve wasted tax dollars on it. Well, except for those who hate birds.

Some of this post was first seen at iPstriot.