Why Trump MUST Pull Out Of The Iran Nuclear Deal 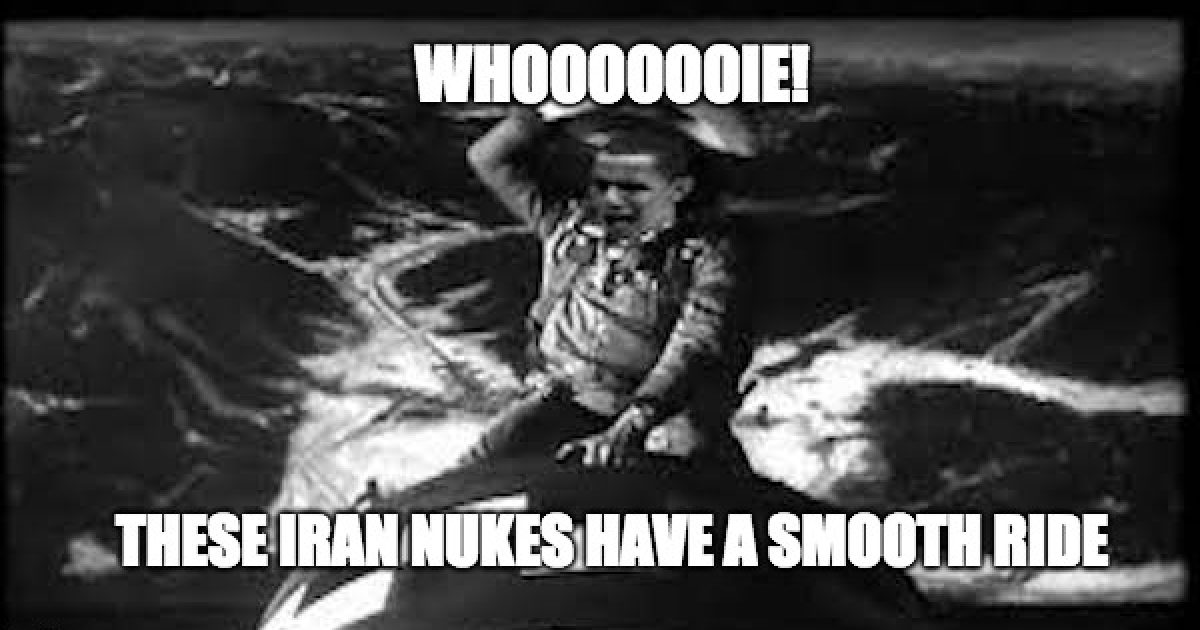 Sometime before May 12th,  President Trump will decide whether or not to pull the US out of the Iran nuclear deal, officially known as the Joint Comprehensive Plan of Action (JCPOA).  While I have no knowledge what the president or his advisers are thinking, I do know that  America was misled by former President Obama, former Secretary of State Kerry and their cronies when trying to sell the JCPOA to  America. Additionally, parts of the deal were hidden from the public, and the Obama administration lied to America about other parts. Heck, the administration admitted it, in a New York Times Magazine piece Ben Rhodes explained how he led the administration’s efforts to misrepresent the truth in order “to sell” the JCPOA to the press.

The below are some of the elements of the deal that the Obama administration misled America about.

The Obama administration had promised lawmakers that IAEA inspectors would be able to inspect Parchin and resolve all PMD (possible military dimension) issues before any final deal was inked. But that didn’t happen; instead, they allowed Iran to sign a secret side deal with the IAEA permitting the Iranians to self-inspect the facility rather than grant IAEA inspector robust access. An Iranian statement in Sept. 2015 confirmed that the Iranians collected their own samples, “Iranian experts took samples from specific locations in Parchin facilities this week without IAEA inspectors being present.” Why is self-inspecting bad? Well, one reason is, per a Catholic friend is that the nuns always told him that self-inspections will make Iranians eyesight go blurry and make them grow hair on their palms. But for the safety of America, an independent IAEA is necessary, unless one believes that Iran will turn itself in.

David Albright, president of the Institute for Science and International Security, explained at a panel hosted by the Hudson Institute that self-sampling even under surveillance is inadequate. Inspectors need to be on the ground to identify dusty nooks and corners where violators forgot to dust; the mutually agreed upon areas are by definition the ones that violators know have been sanitized:

“What you have is, is the situation where there’ll be videotaping of the potential locations where sampling would take place. Then the IAEA would direct the Iranians to take the samples. And that’s not the normal way to do things.

If I could give the example in Iran of Kalaya Electric, a secret centrifuge research and development facility that Iran denied was such a thing. The IAEA got access and it brought in a very top-level centrifuge expert with that access, who looked around. And when they did the sampling finally they didn’t find any trace of enriched uranium in the areas that had been heavily modified. But in another, a secondary building they found in a ventilation duct – which had not been modified – they found traces of enriched uranium…

You need the eyes and the brain to look where to sample.

I brought up an example of sampling in North Korea… they sampled in the Yongbyon reprocessing plant in the early 90s… you can see in the sampling they’re looking behind this box… Look for where it’s dusty. The idea is that it’s not been disturbed. In the case of Parchin, it would be looking for where the paint doesn’t look solid. And so, that’s very hard to do with a video camera. So I think the video camera opens up additional methods of deceiving the IAEA. And it’s not the normal way they’ve been doing it. And so I think that’s a problem…”

“As part of the concessions that allowed Iran to exceed uranium limits, the joint commission agreed to exempt unknown quantities of 3.5 percent LEU contained in liquid, solid and sludge wastes stored at Iranian nuclear facilities, according to the report. The agreement restricts Iran to stockpiling only 300 kg of 3.5 percent LEU [low-enriched uranium].”

The assessment began by imagining a world in which Iran will fully cooperate with the deal for the next 20 years, and then went from there. But there are dozens of other Iran nuke deal-related documents which are not even classified secret, but which the Obama administration has nonetheless refused to release. There are broad suspicions those documents contain embarrassing concessions to Iran: both additional U.S. obligations and exemptions for Iranian obligations. As a technical matter, it would be straightforward to release those documents. As a political matter, the Obama administration has consistently had trouble explaining why the public shouldn’t see them.

The Iran resistance group the National Council of Resistance of Iran (NCRI), which was the first to reveal certain elements of the Iran nuclear program to the world, claimed in April 2017 that the rogue regime has not stopped its nuclear weapons program despite the P5+1 nuclear deal negotiated by former secretary of state Kerry, and former President Obama.

“President Obama believed that if he gave Iran opportunities to open up, it would change,” he said. “But with a regime based on this ideology, it will not open up soon. Sixty percent of the Iranian economy is controlled by the Revolutionary Guard. The economic benefits of the Iran nuclear deal are not going to the people.

“They took $150 billion after the deal — can you please name one housing project they built with this money? One park? One industrial zone? Can you name for me the highway that they built? I advise them — please show us something that you’re building a highway with $150 billion. For Saudi Arabia, there is a 0.1 percent chance that this deal would work to change the country. For President Obama, it was 50 percent. But even if there’s a 50 percent chance that it would work, we can’t risk it. The other 50 percent is war. We have to go to a scenario where there is no war.”

The Prince is correct when he says there is no change in Iranian behavior, in December 2017 the NCRI detailed how Iran is using those ill-gotten funds to support terrorism throughout the world.

Keep in mind that the only reason President Trump can kill the deal is President Obama’s Just as he did with DACA and elements of Obamacare, the former POTUS knew he didn’t have the votes needed in the Senate to approve a treaty, and the deal didn’t have the support of the American people so he couldn’t put pressure on the Senate to approve the treaty.  Like most progressive, President Obama believed he knew better than the American people, so he did not submit the deal in a constitutional manner as a treaty…that would have tied President Trump’s hands. Instead, Obama skirted the constitution and treated it as an Executive Agreement which like executive orders doesn’t even tie President Trump’s shoes.

When he was Washington’s Secretary of State, Thomas Jefferson wrote:

It is desirable, in many instances, to exchange mutual advantages by Legislative Acts rather than by treaty: because the former, though understood to be in consideration of each other, and therefore greatly respected, yet when they become too inconvenient, can be dropped at the will of either party: whereas stipulations by treaty are forever irrevocable but by joint consent.

Executive agreements like other executive actions can be tossed in the trash at any time.

As it turned out, the Senate never even voted on the deal because Senators such as NY’s Kirsten Gillibrand ignored their voters and filibustered the motion to vote. After all the Democrats didn’t want their Senate caucus to have to go on the record supporting the deal and ignoring the constitution.

President Trump said his final decision about the JCPOA would be based on achieving three improvements to the deal. First, eliminate the provisions under which key nuclear restrictions expire over time. Second, stop Tehran’s nuclear-capable long-range missile program. Finally, allow for the inspection of military sites where the regime conducted clandestine nuclear activities in the past and may be doing so now.

While there have been negotiations going on between the State Department and the European signatories it is not for changing the present JCPOA but to create an agreement that will go along with the deal and meet President Trump’s objections. However, even if the European countries agree, and even if they get the Russians to bite let’s be real,  Iran didn’t agree with those provisions when their economy was being crippled by sanctions before the JCPOA, there is no way Iran will agree now–especially when Britain, France, German and Russia will not reimpose sanctions and the rogue Iranian regime will be able to continue its march toward nuclear weapons, unabated.