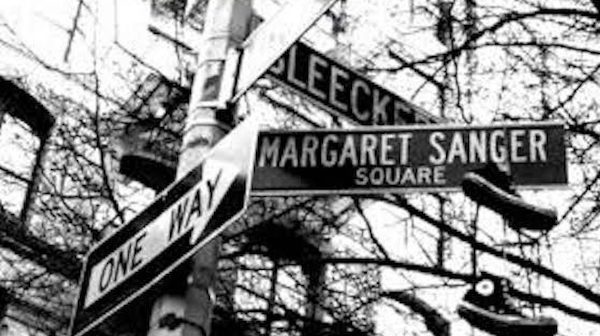 George Washington, Teddy Roosevelt, Ulysses S. Grant, Col. Hans Christian Heg, Andrew Jackson, Abraham Lincoln, and Francis Scott Key. These are just a few of the statues of American heroes and/or presidents the radical leftists have torn down or defaced. The leftists say they are targeting those statues because they are racially insensitive. But if that were true, they would be targeting the woman who brought eugenics to the U.S. and whose organization places itself in “black neighborhoods” so it can stop our African-American population from growing– White Supremacist Margaret Sanger.

Honestly, I am not an advocate of tearing down statues, however, but if the radical left is going hog-wild tearing down statues and removing honors for everyone deemed racist– than every honor given to Margaret Sanger should be first in line for removal. People forget the founder of Planned Parenthood Margaret Sanger was a white supremacist who created the organization for eugenics–a sick belief that the human “gene pool” would be improved through selective breeding and sterilization. In Sanger’s case, improving the gene pool meant keeping African-Americans, morons, those with a family background having a history of illnesses and other undesirables from reproducing. She also advocated strict immigration rules to keep the “undesirables’ out of the country. 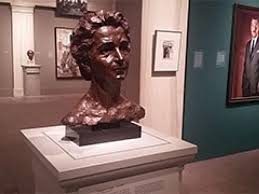 Sanger Bust At The Smithsonian

In a letter to Clarence Gamble in 1939, Sanger wrote about getting Black preachers to help with her efforts:

“We do not want word to go out that we want to exterminate the Negro population, and the minister is the man who can straighten out that idea if it ever occurs to any of their more rebellious members”

David Kennedy wrote in his book, “The Career of Margaret Sanger,” that in a 1923 speech, Sanger said she believed that, for the purpose of racial “purification,” couples should be rewarded who chose sterilization.

In 1923, the founder of Planned Parenthood wanted to create a perfect human race, ““We want a world freer, happier, cleaner — we want a race of thoroughbreds.”

She presented her ideas to a Ku Klux Klan rally in 1926 in Silver Lake, N.J. She recounted this event in her autobiography.

“I accepted an invitation to talk to the women’s branch of the Ku Klux Klan … I saw through the door dim figures parading with banners and illuminated crosses … I was escorted to the platform, was introduced, and began to speak … In the end, through simple illustrations, I believed I had accomplished my purpose. A dozen invitations to speak to similar groups were proffered” (Margaret Sanger, “An Autobiography,” Page 366). That she generated enthusiasm among some of America’s leading racists says something about the content and tone of her remarks. 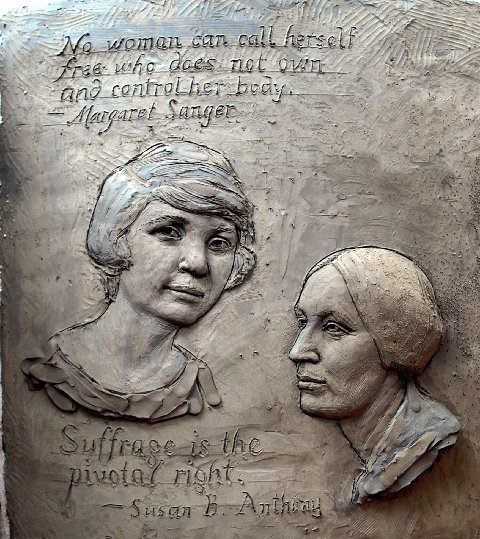 Margaret Sanger and Susan B. Anthony at Rowan University

In 1939 Sanger teamed with Mary Woodward Reinhardt, secretary of the newly formed BCFA, to secure a large donor to fund an educational campaign to teach African-American women in the South about contraception. Sanger, Reinhardt and Sanger’s secretary, Florence Rose, drafted a report on “Birth Control and the Negro,” skillfully using language that appealed both to eugenicists fearful of unchecked black fertility and progressives committed to shepherding African-Americans into middle-class culture. The report stated that “[N]egroes present the great problem of the South,” as they are the group with “the greatest economic, health and social problems,” and outlined a practical birth control program geared toward a population characterized as largely illiterate and that “still breed carelessly and disastrously,” a line borrowed from a June 1932 Birth Control Review article by W.E.B. DuBois. Armed with this paper, Reinhardt initiated contact between Sanger and Albert Lasker (soon to be Reinhardt’s husband), who pledged $20,000 starting in Nov. 1939. (“Birth Control and the Negro,” July 1939, Lasker Papers)

Sanger wanted to stop the procreation by those she deemed “unfit.” In a personal letter to Katharine Dexter McCormick in 1950, Sanger called for “a simple, cheap, safe contraceptive to be used in poverty-stricken slums, jungles, and among the most ignorant people.” Obviously by “poverty-stricken slums” was a polite way of saying blacks. 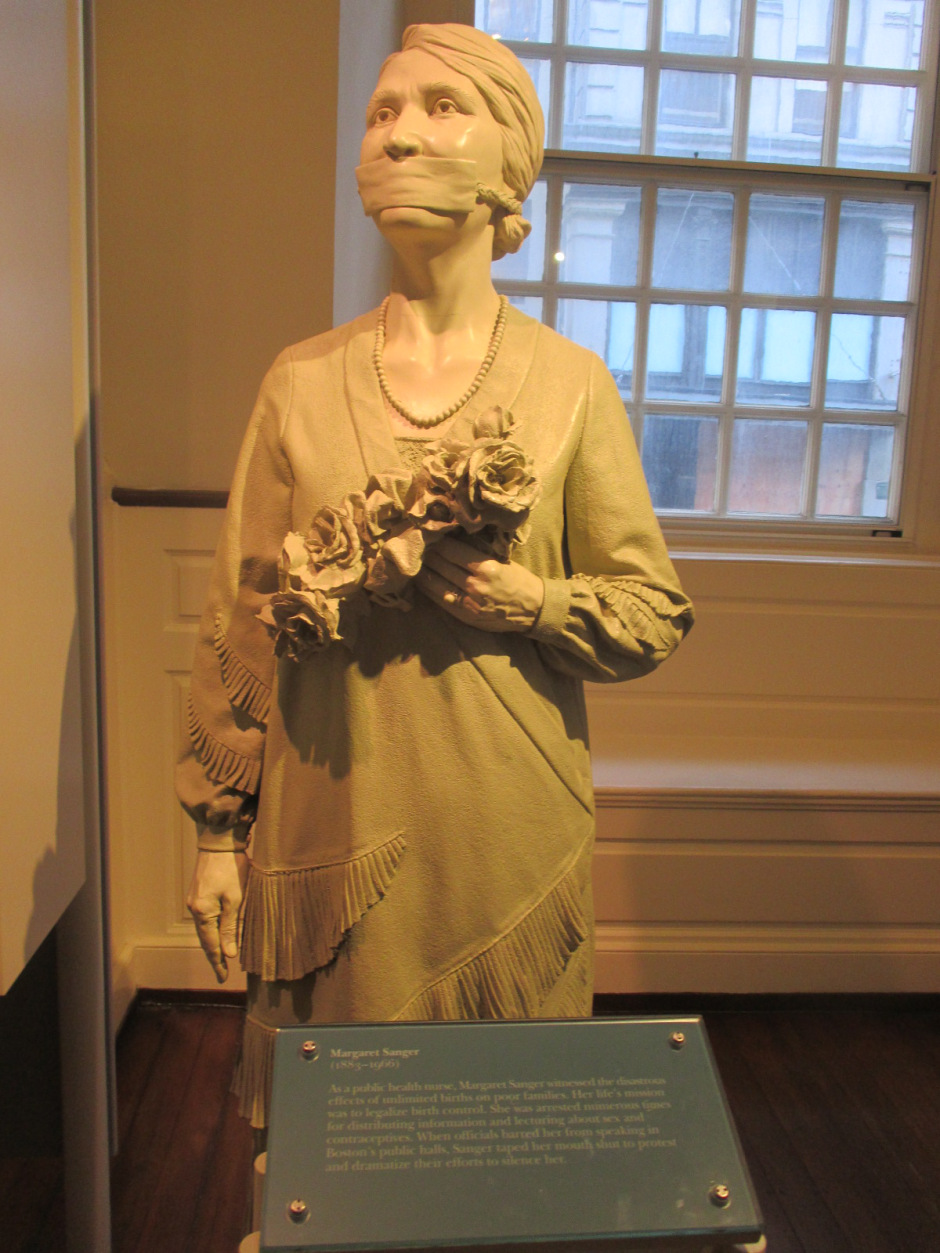 Abortion discriminates against race, "When we said we will no longer sit on the back of the bus, a place was being reserved for us down at the abortion clinic."

The easiest Sanger statue to take down would be the one in the Smithsonian as it is only a bust, but there is also a statue of her with a gag over her mouth at the Old South Meeting House in Boston. Margaret Sanger and Susan B. Anthony is pictured in a “Knowledge is Power Sculpture” at Rowan University, In Manhattan where the socialist Mayor is considering taking down the statue of Columbus in Columbus Circle, there is even a street named after the white supremacist Sanger.  I am sure that there is more named after this hater. If the radical left is to be consistent, any Sanger honors need to be renamed, and any statues of her need to be taken down.