Video: In 2008 Obama Ripped Bush For Not Visiting New Orleans After Katrina 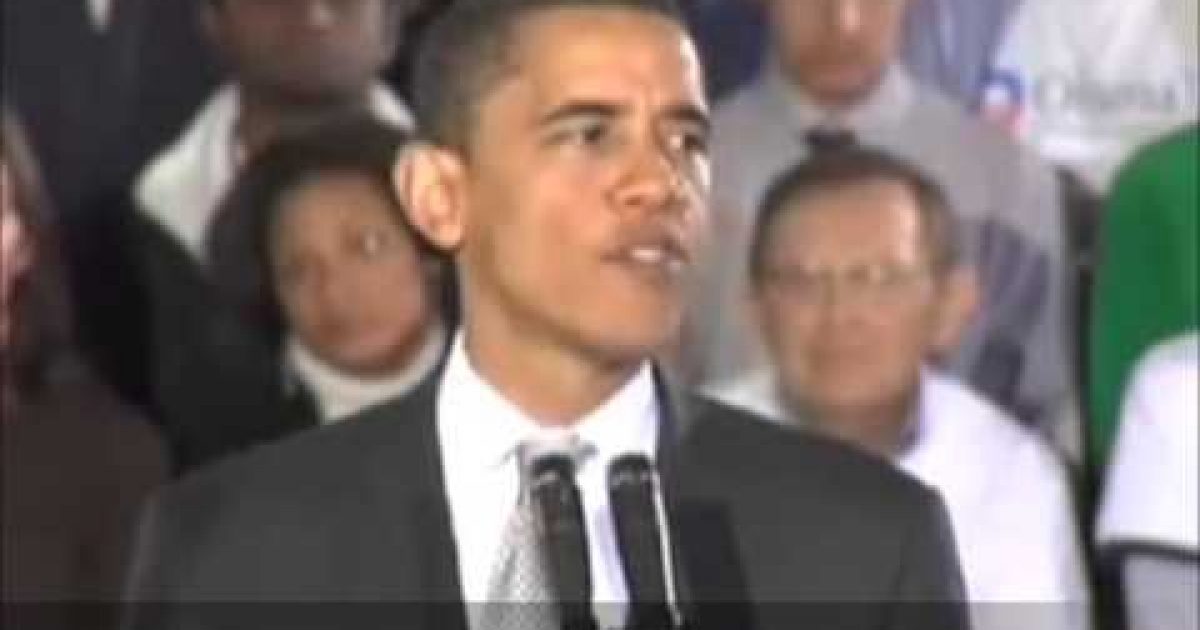 While Louisiana is flooding, President Obama is playing golf. He has no intention of visiting Louisiana right now it would mess up his golf game. He won’t even make a speech offering his sympathy for the people affected by the historic flooding that has killed at least 13 people and displaced tens of thousands more. It’s not that he wont interrupt his vacation for anything— he did headline a Hillary Clinton rally on Monday.

The mainstream media is making excuses, saying that it would be wrong for Obama to visit flood-ravaged Louisiana, he would only get in the way of the first responders.

But in 2008 when running for president,Obama thought different, he blasted President Bush #43, for not going on the ground to visit the people of New Orleans, even though Bush was asked to stay away because the logistics of hosting a president would take away from the rescue effort.

“When the people of New Orleans and Gulf Coast extended their hand for help, help was not there. When people looked up from the rooftops, for too long they saw an empty sky. When the winds blew and the flood waters came, we learned for all of our wealth and our power, something wasn’t right with America. We can talk about what happened for a few days in 2005, and we should. We can talk about levies that couldn’t hold, about a FEMA that seem not just incompetent but paralyzed and powerless, about a president who only saw the people from a window on an airplane instead of down here on the ground, trying to provide comfort and aid,We can talk about a trust that was broken, the promise that our government would be prepared, will protect us, and will respond in a catastrophe.”