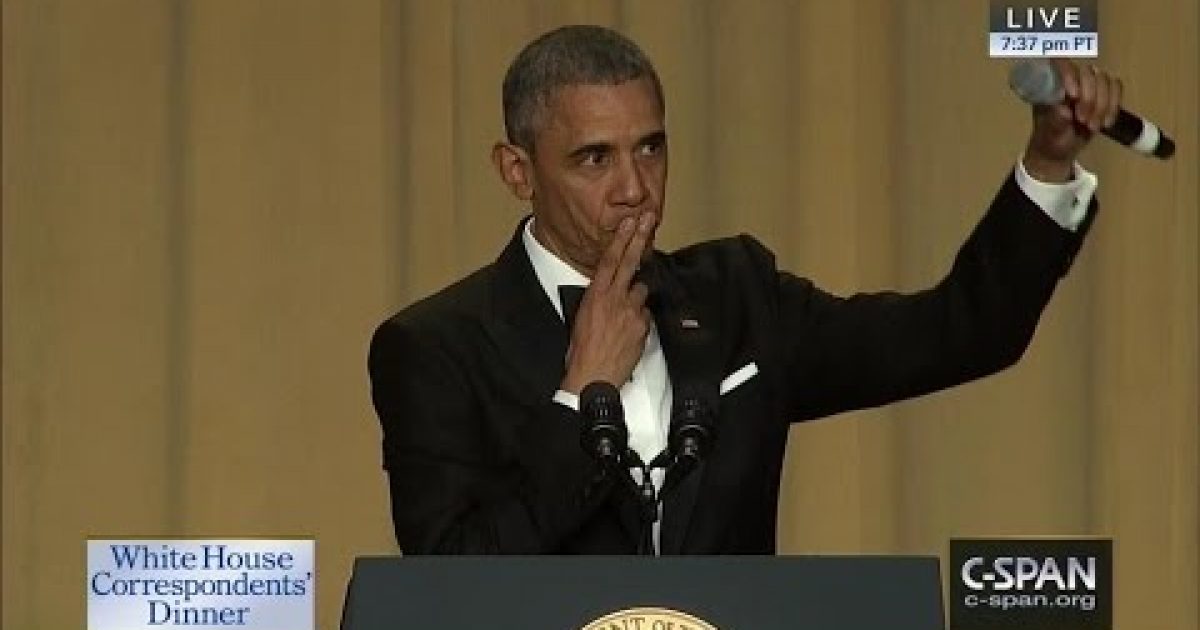 Lots of comedy at last night’s Nerd Prom, also known as the White House Correspondents’ Dinner, in case you missed it, below are two videos, the first is the Speech By President Obama, below that is the one given by host Larry Willmore which some say went “over the line:”

Some say Wilmore’s jokes went over the line, instead of comedy they were just plain mean, the NY Post said he bombed with jokes such as::

Wilmore was very tough on CNN, drawing a middle finger from Don Lemon when he said“Some of America’s finest black journalists are here tonight. Don Lemon’s here, too.”

At one point Wilmore turns to the President and says, “You did it, my n*gga!”

When you watch the video below you will see the audience reaction to Wilmore’s speech includes  silence and groans, at one point he mutters. “You guys are tough, man,”

Watch the video below and you decide: