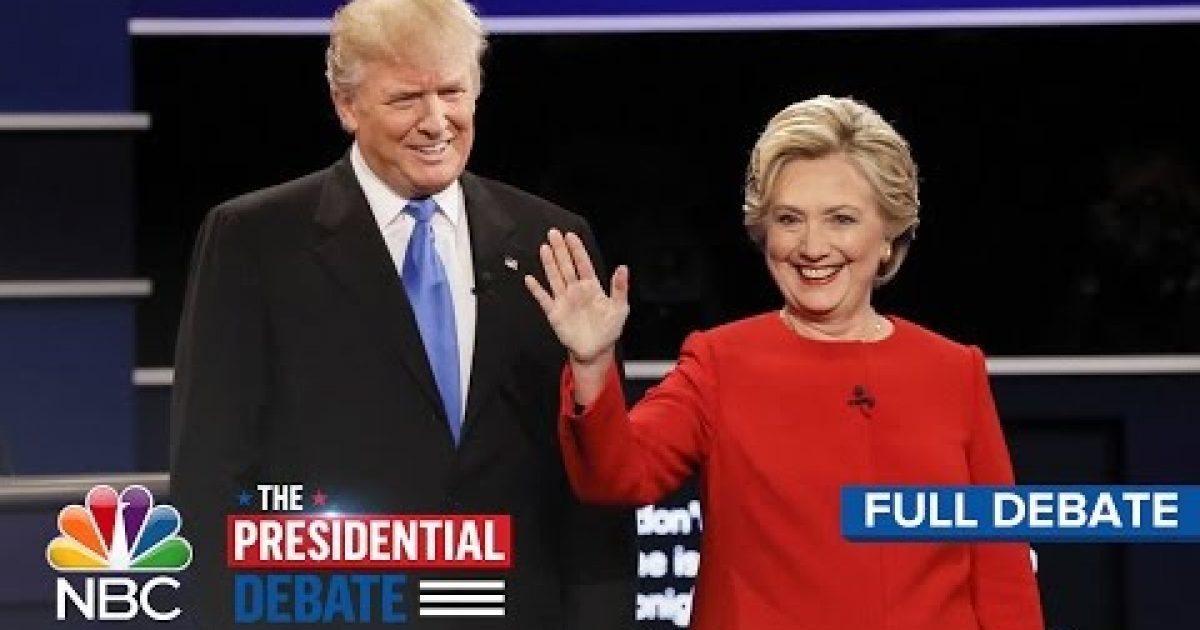 The Presidental Debate Starts tonight at 9PM, and you can watch it below..your choice either the NBC Feed, The CNN and/or the FoxNews Feed all embedded below. As the saying goes…pick your poison or watch all three at the same time.  And don’t miss the important message about the post-debate radio show below the feeds.

I will be one of the guests on Monday night’s High Plains Pundit Radio Show, to provide post-debate analysis of the first 2016 presidential debate between Donald Trump and Hillary Clinton. The show will begin immediately after the debate at 9:30 pm Central Time (10:30PM EDT)

Joining Dan Butcher, the High Plains Pundit for the discussion will be:

With over 400,000 monthly listeners, High Plains Pundit Radio is the flagship program for the High Plains Talk Radio network which hosts The Lid Radio show

Hosted by Dan since 2010, the show brings you news and commentary with a dose of conservative common sense. Dan’s co-host is Dave Milner aka The Unpleasant Blind Guy.