Washed Up Rockstar Morrissey Would Kill Trump “For Humanity” 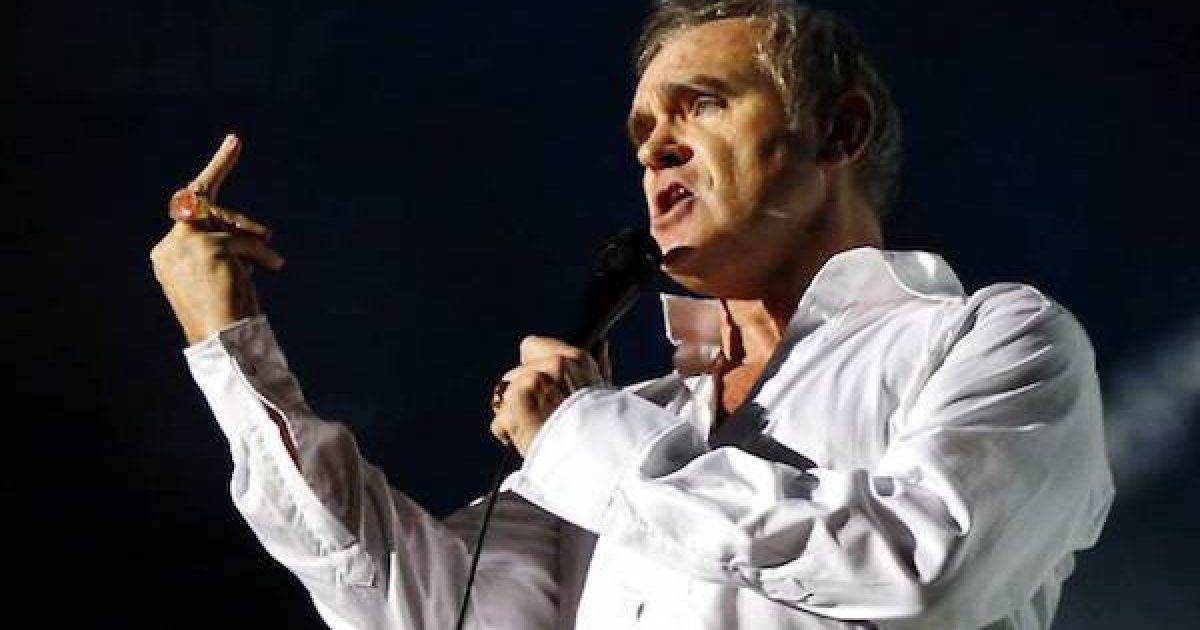 Over the course of the last year, there have been no shortages of threats and death wishes made against President Donald J. Trump. The latest was made by faded Rockstar Morrissey who given the opportunity said he would kill the US president at the push of a button.

Some have been meek and uttered in the privacy of homes on the coasts.  New Yorkers quietly mumbling to themselves about what they’d do in a room alone with the man.  Californians littering their secret desire of the demise of The Donald with Valley accents and the all too frequent misuse of the word “like”.

Other threats were much more tangible:  The young man at a Trump rally who attempted to wrestle a gun away from a police officer to shoot the president.  The litany of fence jumpers at the White House, some of whom were able to scamper about the property unmolested for nearly 15 minutes.

Then there have been the most wicked and woeful of these threats:  The grand media ideology that Donald Trump could very well be assassinated for his controversial populism.

Media figures have been normalizing us to the idea for months, filling our heads with images of a dead President Trump in music videos, photo shoots, and artwork nearly ad nauseam.  Now, yet another famous musician is lending his questionable credence to the mix.

“According to the Washington Times, Morrissey was asked a hypothetical question by German newspaper Der Spiegel recently about killing Trump at the push of a button.

“’If there was a button here and if you pressed on it, Trump would die dead [sic]– would you push it or not,’ Der Spiegel asked.

“’I would, for the safety of humanity. It has nothing to do with my personal opinion of his face or his family, but in the interest of humanity, I would push,’ Morrissey said.

“In response to other questions from the German publication, Morrissey blamed the American media for ‘creating’ Trump and aiding in his election victory last November.”

Morrisey went on to prove how clueless he really is when he added: “I never expected him to be elected, Maybe I have no faith in the political elite anymore.”

America has lost faith in the political elite…that’s a big reason why Trump is president.

The absurdity of the question being asked in the first place aside, Morrissey’s response speaks volumes about the desensitization that humanity has faced since Donald Trump took office.

This grandiose conspiracy by the media to stoke the flames of liberal violence in America is appalling at best.  We are entering a new era of modern American politics in which anger and conflict will reign supreme, overtaking the rational and logical debate as our nation’s premier form of resolution.

Morrissey is on a US concert tour, he performs in Washington DC on November 30th, I wonder if he will receive a visit from the Secret Service.