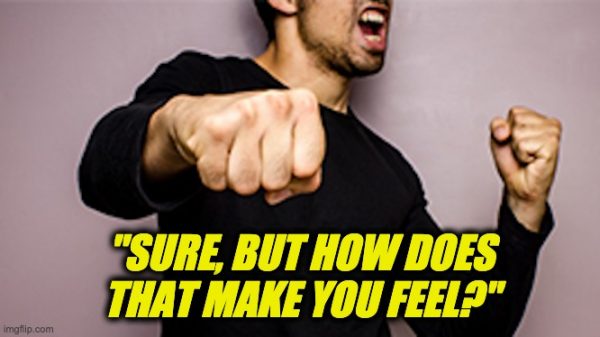 Albuquerque has created a new Community Safety Department that will deploy unarmed social workers to answer some specific 911 calls. What city leaders are overlooking is that sometimes – actually more often than not – what seems as a routine 911 call can be something else entirely.

Today, we’re announcing a first of its kind concept for our city – a civilian public safety branch. https://t.co/LMVgnxgoYd

The social workers will respond to inebriation, homelessness, addiction, and mental health calls.  The city believes that without the presence of an armed police officer, the situations might de-escalate.  Maybe that could happen on occasion. On the other hand, not having an armed officer at the response can lead to more deaths.

It’s a nice idea. Very … kind. Just saving police for the rough stuff. Unless a call goes sideways and an unarmed social worker is caught in the middle of a cluster, they are not prepared to handle. Social workers are trained for certain things, but not to arrest a drunk person, or handle a half-crazed man on drugs. An unarmed civilian may not have time to casually call the police if a person becomes hostile. You think it can’t happen? It happens all the time.

(…) Stasyuk and his partner, Julie Robertson, 28, were dispatched to a customer disturbance call at a Pep Boys store. It was the kind of call that former Sacramento County Sheriff John McGinness described as the “epitome of routine.”

However, within 10 seconds of walking in the door, the two deputies faced a gunfight with suspect Anton Lemon Moore, 38, that left Stasyuk fatally wounded and Robertson shot in the arm. Stasyuk barely had time to react as Moore rounded the checkout counter and opened fire. Hampton said the Sheriff’s Department had to review more video from the incident to know if Stasyuk had time to pull his weapon in response.

“There are times when we respond to those calls, a seemingly innocuous call, and … in seconds you can be fighting for your life,” Hampton said.

The Twitter responses to the mayor’s idea were not positive:

My husband said almost exactly the same thing, especially about domestic calls. Then there are the “He’s off his meds” calls and the “He’s on Meth and…” calls. The poor, under trained Social Worker won’t be the only life in danger.

~ You are a Pandering clown, prepare for the law suits- you know when the handy dandy social worker flubs up and someone dies!

How many social workers are going to be killed by tweakers before this policy is reversed.

This will make a great new reality show.

The key point is that “routine” or “or “nuisance” 911 calls can often turn out to be much more. Especially ones that involve drunkenness, someone on drugs, or someone with mental issues.