UN-GAGGED! DOJ Says Informant Can Speak To Congress On Uranium One 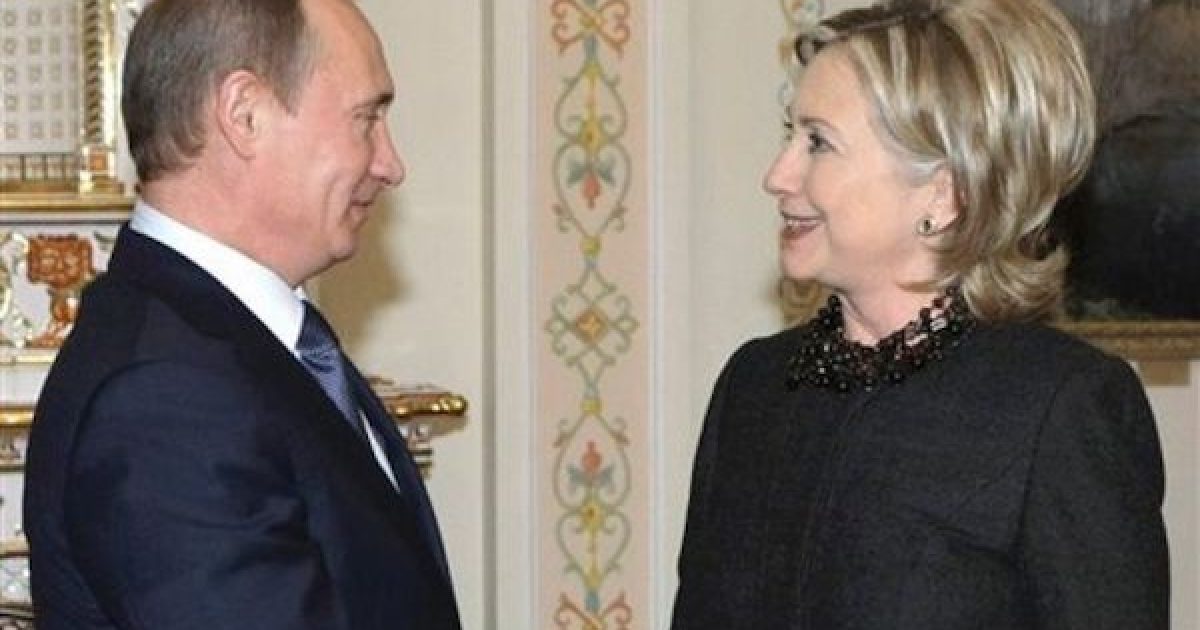 Late Wednesday night, the Department of Justice said that it had partially lifted a gag order on a former FBI informant involved in possible Russia bribery in the Uranium One deal which gave the Russians access to 20% of the U.S. Uranium reserves. The informant’s testimony may implicate Hillary and Bubba Clinton and others in the Obama administration close to the Uranium One decision

As of tonight, the Department of Justice has authorized the informant to disclose to the Chairmen and Ranking Members of the Senate Committee on the Judiciary, the House Committee on Oversight and Government Reform, and the House Permanent Select Committee on Intelligence, as well as one member of each of their staffs, any information or documents he has concerning alleged corruption or bribery involving transactions in the uranium market, including but not limited to anything related to Vadim Mikerin, Rosatom, Tenex, Uranium One, or the Clinton Foundation.

Last Wednesday, The Hill spoke to the informant’s attorney and reported the FBI mole was blocked by the Obama Justice Department from telling Congress about conversations and transactions he witnessed related to the Russian nuclear industry’s efforts to win favor with Bubba and Hillary Clinton and influence Obama administration decisions.

In 2009 the year before Team Obama approved the Uranium One deal giving Putin control of twenty percent of American uranium, the informant helped the FBI to compile significant evidence that Putin’s nuclear industry officials “were engaged in bribery, kickbacks, extortion and money laundering designed to grow Vladimir Putin’s atomic energy business inside the United States, according to government documents and interviews.”  The Hill reported that the informant backed up his claims with evidence that the Russian nuclear team  “routed millions of dollars to the U.S. designed to benefit former President Bill Clinton’s charitable foundation during the time Secretary of State Hillary Clinton served on a government body that provided a favorable decision to Moscow” in the Uranium One deal.that gave Russia access to 20% of U.S. Uranium reserves. The deal was outlined in Peter Schweizer’s book, Clinton Cash (which if you haven’t read yet…come on…get with it).

The man’s lawyer, Victoria Toensing, told The Hill on Wednesday night that the FBI sent her a formal letter [see below] saying it no longer had any reason to ask the informant to keep his work confidential, clearing the way for him to potentially testify before the Senate Judiciary Committee, the House Intelligence Committee and the House Oversight and Reform Committee.

“The FBI has informed me that they are releasing my client from his [nondisclosure agreement] so that he can testify to Congress about his work uncovering the Russian nuclear bribery case and the efforts he witnessed by Moscow to gain influence with the Clintons in hopes of winning favorable uranium decisions from the Obama administration,” Toensing said.

“He is now able and willing to talk with the congressional committees seeking his testimony though I will be working with all parties to ensure his identity remains confidential to ensure his safety,” she added.

It is important to remember that per the DOJ, the informant is only cleared to speak to certain members of Congress and their staff, which is difficult to understand. Why isn’t he free to speak to anyone?

From the informant’s point of view, it is understandable why he wants to remain anonymous, he is fearful of retribution from the Russians, or the Clintons.

His testimony, however, is crucial, not only to finally nail the Clintons who have gotten away with so many crimes against the American people but to understand the Russian intrusion into the security of the United States and prevent future intrusions. 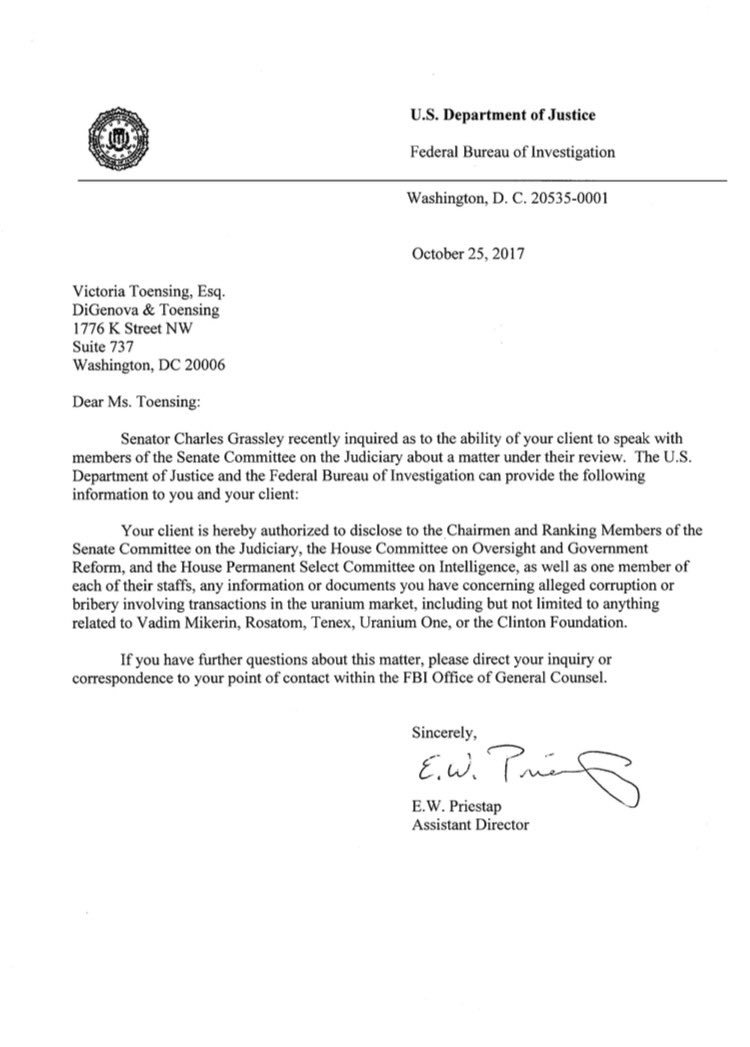