Priorities?? UK Intel And ‘Russia-Trump’ Versus ‘Hezbollah’ In 2015 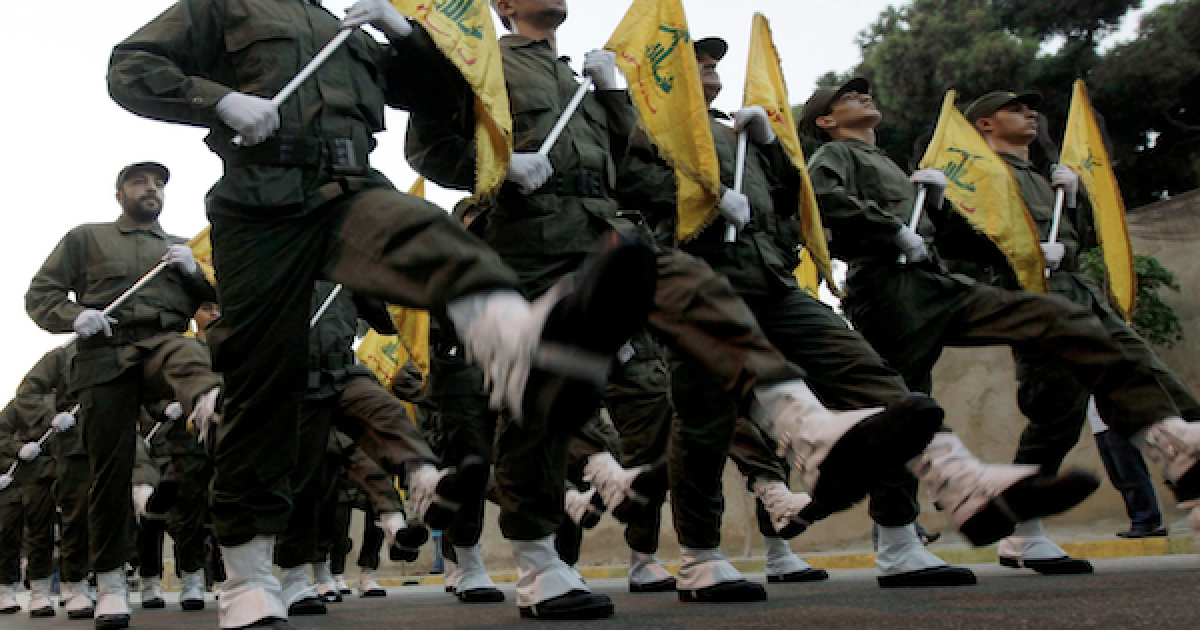 This one will be short and – well, sour, to be honest.

The Washington Examiner reported 10 June on an article on Sunday from the UK Telegraph, which outlined previously undisclosed information about the activities of Hezbollah in Britain in 2015.  According to the Telegraph, “just months” after the nuclear “deal” with Iran was announced – an event that occurred in July 2015 –Acting on a tip from Israel’s Mossad  London police raided properties associated with Hezbollah in the UK and found “thousands of disposable ice packs filled ammonium nitrate.”

Ammonium nitrate is the substance Timothy McVeigh, and Terry Nichols used to manufacture the truck bomb that destroyed the Murrah Federal Building in Oklahoma City in 1995, killing 168 people and injuring many more.

The London discovery was not a one-off.  Hezbollah was stockpiling ammonium nitrate in multiple locations in preparation for a global terror campaign.  “Similar ice-pack explosives,” says the Examiner, “have been discovered by authorities in Thailand and in Cyprus.”

The Telegraph notes that the plot was part of a larger plan to attack Israeli targets around the world, endangering not only Jews and Israelis.

Hezbollah, of course, is backed by the radical Islamic regime in Iran, and has been connected with Iran’s interests for decades.  At the time of the discovery in London, Hezbollah was one of the fighting forces in Syria and was training the Houthis in Yemen on the use of arms manufactured in Iran, and even by Hezbollah itself using techniques cultivated in underground factories in Lebanon.  Hezbollah has been training the Iraqi militias backed by Iran for years.

Hezbollah is also active in the Americas in narcotics trafficking and money-laundering.  The terror group has a significant presence in Venezuela, as well as in the “tri-border” area (Argentina, Paraguay, and Brazil) of central South America.

Moreover, Hezbollah did the fighting to seize and control the location of one of the first post-Arab Spring, Iran-linked special weapons compounds in Syria, in Qusayr southwest of Homs on the border with Lebanon.  That fight took place in 2013, with the initial reporting on the compound emerging in late 2014 and early 2015.

There were a lot of reasons for the UK to sound an alarm when the stash of ammonium nitrate came to light.  And maybe that was done through back channels, although it isn’t reported to have been done.

Here is what is reported:

The discovery of the stash was so significant that then-Prime Minister David Cameron and then-Home Secretary Theresa May were briefed on the details personally.

Despite the gravity of the discovery, the public and lawmakers were kept in the dark about the matter for years as the U.K. continued to support the nuclear deal. During that time there was also a debate whether to label the entirety of Hezbollah, which has support and funding from Iran, as a terrorist group.

The London raids occurred at about the same time in 2015 that, we are told, British intelligence was passing along information to John Brennan on alleged links between Russia and associates of Donald Trump.  None of the implied links appears to have amounted to anything, after an intensive investigation by Robert Mueller, but let that point slide for the moment.

Ponder two other points instead.  One, it was considered necessary in 2015 – and apparently after that as well – to hide information about the terrorist activity of Hezbollah to “support the nuclear deal.” Israel’s Kan news confirmed that point.

Two, reports about British intel providing information on Trump’s associates to the U.S. were leaked more than two years ago.  Luke Harding’s oft-cited Guardian article was published in April 2017.

It took until June 2019 for the information about the 2015 raids on Hezbollah stash houses – which took place at the same time as the anti-Trump rumor-mongering Harding reported on – to come out.  That’s even though Hezbollah has been very active throughout the intervening period.  It’s also even though such information is of obvious security and public safety interest to Parliament, in particular, and the governments and peoples of dozens of other nations in general.

We can note further that if the Brits did tell the Obama administration about the Hezbollah find in 2015, it doesn’t seem to have had an impact.  The administration continued to suppress DEA activity to take down Hezbollah’s international money and crime network (which funds things like stockpiling ammonium nitrate).

And it forged ahead with the terms of the Joint Comprehensive Plan of Action (JCPOA) for Iran – which meant opening the spigot on funds for Hezbollah, among other things.

Of course, then-Secretary of State John Kerry did acknowledge in early 2016 that funds released under the JCPOA would go to paying for terrorism.

Apparently, the Brits, under the leadership of David Cameron and Theresa May, were right there with Kerry and Obama.  At the same time, both heads of government and their agencies were turning inside out to wield intelligence assets against Donald Trump.  Priorities.