Some Americans Are Moving to Mexico-Mexicans Are Angry

This Is Mexico, Speak Spanish 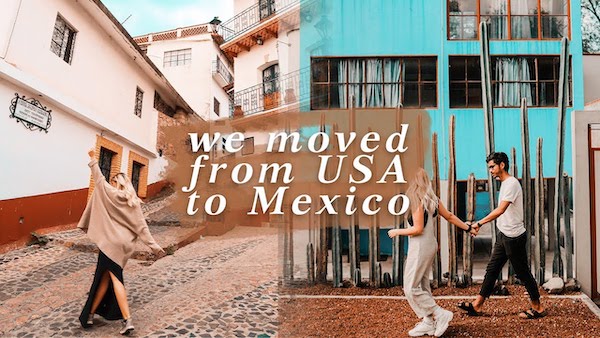 U.S. citizens are moving to Mexico

U.S. citizens are moving south of the border. They can’t afford to live here because of Bidenomics. But on the other side of the border,  Mexicans are not pleased about it.

One of the new stories sweeping the interwebs is the tale of Californians fleeing the land of plenty and moving to Mexico because California has become too expensive. They are buying cheaper homes down south and working electronically.

The homes are cheaper, the taxes are much lower, and their U.S. dollar goes much farther down there, according to HotAir.

But some Mexicans are not very happy about their new American neighbors moving into their Mexican neighborhoods. One reason is that these American transplants are driving up the values of their property and pricing Mexicans out of their homes.

Per the Los Angeles Times:

The influx, which has accelerated since the onset of the COVID-19 pandemic and is likely to continue as inflation rises, is transforming some of the city’s most treasured neighborhoods into
expat enclaves.

In leafy, walkable quarters such as Roma, Condesa, Centro and Juarez, rents are soaring as Americans and other foreigners snap up houses and landlords trade long-term renters for travelers willing to pay more on Airbnb. Taquerias, corner stores and fondas — small, family-run lunch spots — are being replaced by Pilates studios, co-working spaces and sleek cafes advertising oat-milk lattes and avocado toast.

And English — well, it’s everywhere: ringing out at supermarkets, natural wine bars and fitness classes in the park.

It is so bad that posters are appearing in Mexico telling Americans that they are a “plague” and they “hate” the American transplants.

Yes, it’s true,  in Mexico, many people are thinking, “this is Mexico—speak Spanish.” For a strange reason, that sounds a bit familiar.

The L.A. Times added that a $2,000 monthly rent in California won’t even get you a dog house. But in Mexico, it gets you a penthouse view!

Mexicans believe their government likes the people from the north better than native Mexicans. The NY Post reported:

Fernando Bustos Gorozpe, a 38-year-old writer and university professor said,”“Mexico is classist and racist,” Bustos added. “People with white skin are given preference. Now, if a local wants to go to a restaurant or a club, they don’t just have to compete with rich, white Mexicans but with foreigners too.”

The majority of Mexicas are welcoming to U.S. transplants. An explanation should be given to those who are angry. It’s not just a monetary move. Those desperate people are trying to get out of California.

Parts of this post was first seen at iPatriot

U.S. citizens are moving to Mexico