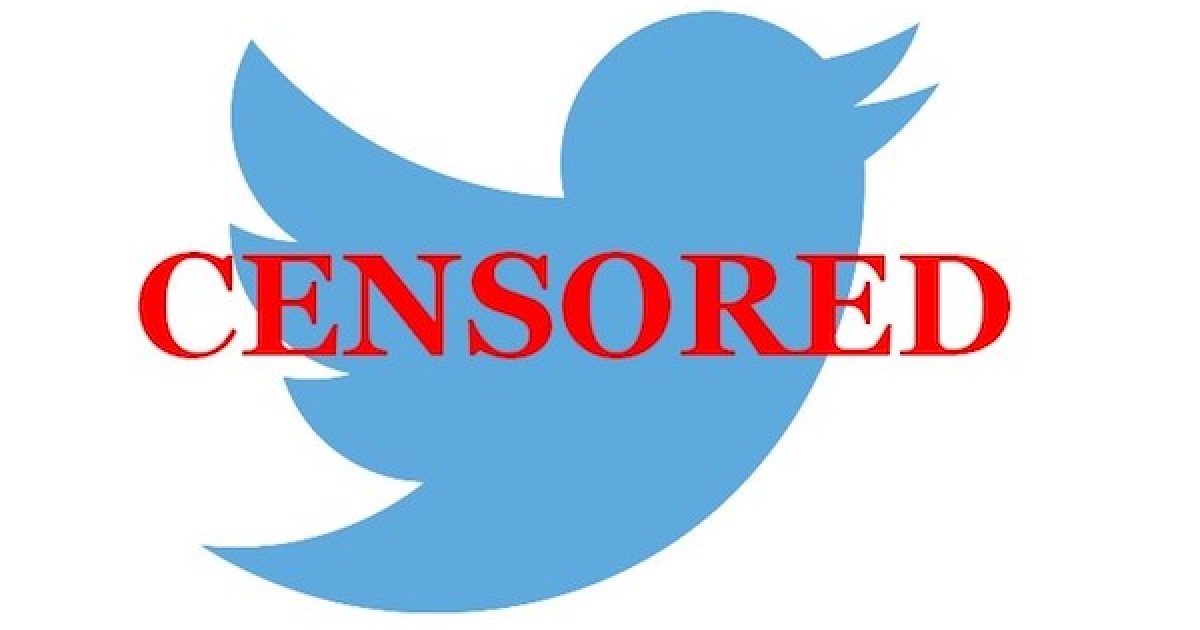 Democrats and their progressive pals have constantly been attempting to stifle conservative news and commentary, neutering the all-important concept of free speech.  These radical leftists and the leftist owned media such as Twitter and Facebook, believe that free speech is only acceptable so long as you don’t ruffle any of their feathers, especially the left-wing owners of social media.

Despite the fact that this nation was built on the concept of free speech the left has been violently and vehemently working to install censorship of conservative speech for years. And now in the new digital age, there are threats to free speech that we have never faced before, including social media censorship by Facebook, Google, and Twitter, the latter of which has now admitted to a massive, immoral campaign of tweet-burying antics.

“Twitter ‘hid’ nearly 50 percent of tweets bearing the hashtag #DNCLeak along with a quarter of those with #PodestaEmails during the last two months of the 2016 presidential campaign, according to new testimony from Twitter’s general counsel.

“On Oct. 31, the U.S. Senate Committee on the Judiciary, Subcommittee on Crime and Terrorism heard testimony from Twitter general counsel Sean Edgett in its investigation of possible Russian interference in the 2016 election.

“Edgett said that Twitter systems concealed substantial numbers of tweets relating to hacked emails from the Democratic National Committee as well as from Clinton campaign chair John Podesta, despite the fact that it knew that only a tiny percentage of these could have even ‘potential links to Russia.’

“’We found that slightly under 4% of Tweets containing #PodestaEmails came from accounts with potential links to Russia,’ Edgett said in his written testimony, whereas of tweets bearing the #DNCLeak, ‘roughly 2% were from potentially Russian-linked accounts,’ he said.

This completely unacceptable behavior has been prevalent not only with Twitter but also with giant social media platform Facebook, who has openly admitted to employing a team of engineers to cull the Trending Topics section of the site of any conservative headlines.

Sadly, the social media companies not only censor posts but along with google they attempt to threaten conservative websites by threatening them with a loss of advertising.  Twitter may be grabbing the headlines today, but along with Facebook and Google, these social media sites continually try to manipulate political speech by putting roadblocks in front of the conservative perspective.

Twitter’s admission will likely spur no rebuke at this time, given that the social media company is a private company.  Amid controversies such as this, however, there is little belief that such denial can last as calls for social media regulation grow stronger each day. Will they self-regulate and inject fairness into their system?