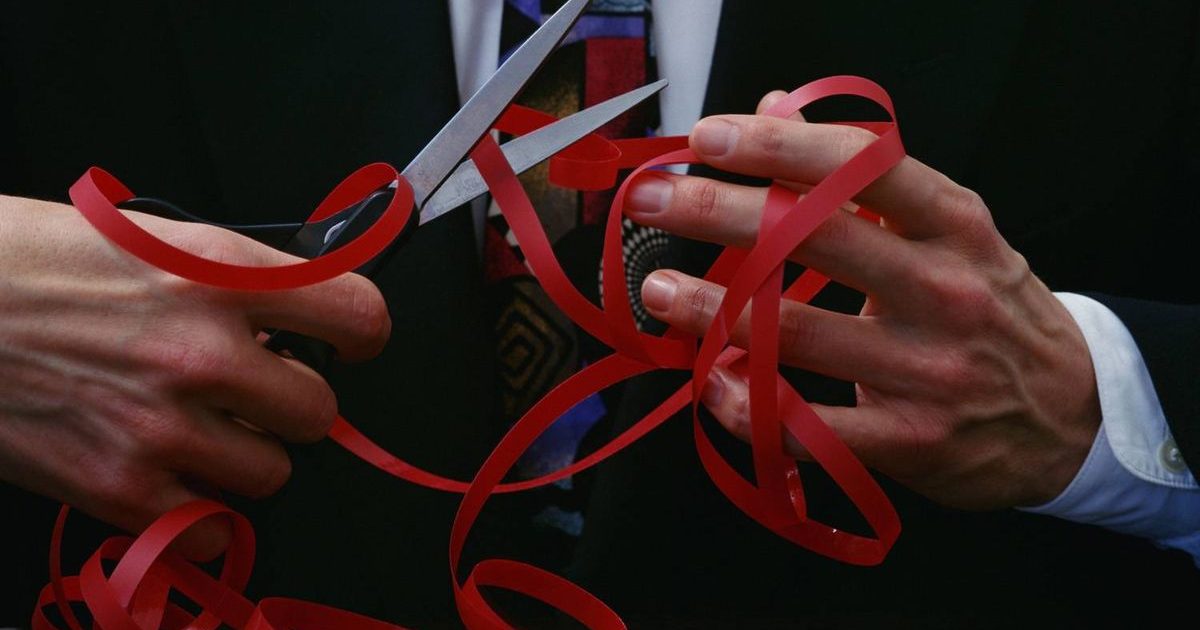 People forget that tax cuts are not the only reason for the Trump economic revival. Another YUGE part of the recovery has been the cutting of government regulations and red tape which ties the hands of businesses and empties their wallets. That loss of money to these enterprises takes away funds better used for R&D, expansion, and employee salaries. A new look at his cuts reveals he has saved at least $23 billion so far.

When he was campaigning for the White House Trump insisted that he wanted to eliminate as many needless regulations as possible to take a burden off the private sector and unleash our economy. He promised his administration would kill two regulations for every one added. And so far he has succeeded at implementing that promise. Not only succeeded but EXceeded. During his first year as POTUS, the Trump administration got rid of twenty-two regulations for everyone added.  So far in 2018 that ratio is twelve to one. And as it turns out, he has done more than any president in modern history.

Cutting regulations is a claim that every president makes going onto office but none ever deliver. Even left-wing, business-hating, regulation-loving Barack Obama came to office with airy claims that he would cut needless regulations.

Okay, it was Obama so only his liberal lemmings really believed that he would really cut regulations. Indeed, as late as 2014 Obama was still making fake promises to cut red tape to help the economy. In the end, of course, he grew the regulatory state more than any president in history despite his constant lies that he would cut regulations.

For his part, Trump has not only issued the well-worn promise to cut regulations, he has actually followed through.

According to the Daily Signal:

The regulatory accounting coincides with the release of the Unified Agenda of Regulatory and Deregulatory Actions, which outlines the rulemaking plans for federal agencies in the coming fiscal year.

In her introduction to the new agenda, Neomi Rao, administrator of the Office of Information and Regulatory Affairs, said, “[I]n modern times, the expansion of the administrative state has placed undue burdens on the public, impeding economic growth, technological innovation, and consumer choice. … Our reform efforts emphasize the rule of law, respect for the Constitution’s separation of powers, and the limits of agency authority.”

Trump has pledged to “massively” reduce regulation, and he has so far significantly slowed regulatory output. 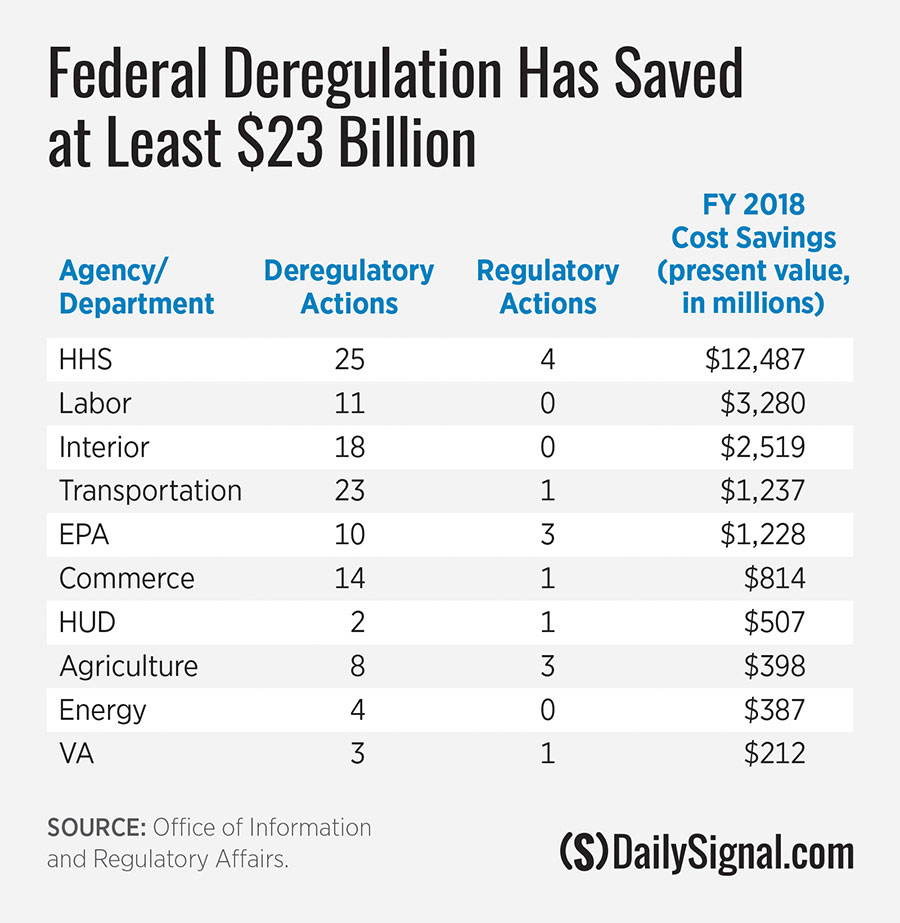 According to the Federal Registry, Trump’s significant regulatory actions have sunk far below Obama’s and even below George W. Bush’s. By this point in his presidency, Obama had floated 647 costly regulations on business while Bush had forced 465 on the nation. As to Trump, his number stands at a low 229.

The Office of Information and Regulatory Affairs says that by the end of the fiscal year 2019, Trump will have reduced regulatory costs by $18 billion. And if current plans are fully implemented, that savings could jump as high as $340 billion.

By comparison, Obama’s regulatory costs rose $122 billion every year he was in office.

The Heritage Foundation’s Daily Signal has far more info in its report on this, but suffice to say there has never been a president who has cut so many destructive regulations since maybe Calvin Coolidge! And maybe even including Coolidge and since, well, forever!