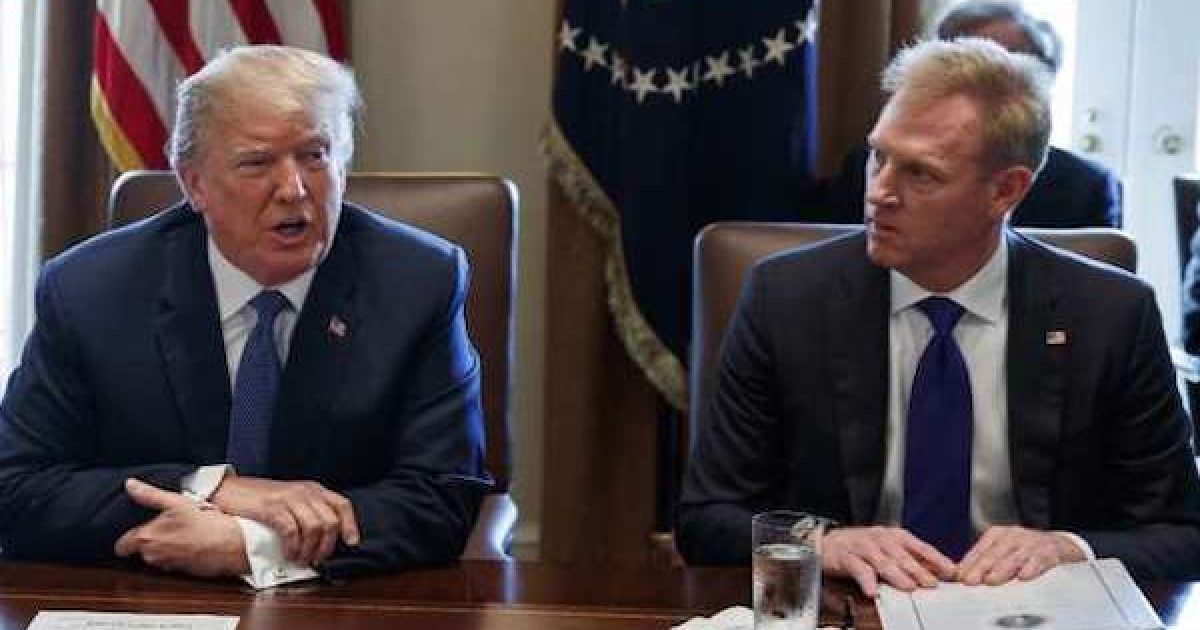 Well, that kills another fake news story. And from all places, it’s the NY Times quashing the liberal canard. According to the just-released report, President Trump told Patrick Shanahan, the acting defense secretary, that he does not want to go to war with Iran. But wait, the liberal media has been saying for days that Trump is pressuring Iran because he wants to go to war. Is it possible the MSM has been wrong?

According to several administration officials, in a message to his hawkish aides that an intensifying American pressure campaign against the clerical-led government in Tehran must not escalate into open conflict.

Mr. Trump’s statement, during a Wednesday morning meeting in the Situation Room, came during a briefing on the rising tensions with Iran

WOW, Maybe the president isn’t the war-monger that NBC’s Richard Engel described last week. Do they really think that Trump who ran based on reducing our involvement in foreign wars, woke up one morning and said, “Get me a cup of coffee, Wheaties,  and lets bomb Tehran”?

That’s what Rep. Tulsi Gabbard (D-Hawaii) believes. She tweeted Tuesday that war with Iran is “exactly what” President Trump wants.

“ Trump says he doesn’t want war with Iran, but that’s exactly what he wants, because that’s exactly what Saudi Arabia, Netanyahu, al-Qaeda, Bolton, Haley, and other NeoCons/NeoLibs want,” the 2020 presidential candidate tweeted Tuesday. “That’s what he put first–not America.”

But the bible of liberalism the NY Times disagrees.

American intelligence has indicated that Iran has placed missiles on small boats in the Persian Gulf, prompting fears that Tehran may strike at United States troops and assets or those of its allies.

No new information was presented to the president at the meeting that argued for further engagement with Iran, according to a person in the room. But Mr. Trump was firm in saying he did not want a military clash with the Iranians, several officials said.

The President took to Twitter on Wednesday to squash the rumors that John Bolton and Mike Pompeo wanted war and were fighting against the rest of the administration who didn’t want an armed conflict.

….Different opinions are expressed and I make a decisive and final decision – it is a very simple process. All sides, views, and policies are covered. I’m sure that Iran will want to talk soon.

….Different opinions are expressed and I make a decisive and final decision – it is a very simple process. All sides, views, and policies are covered. I’m sure that Iran will want to talk soon.

The Washington Examiner agrees that Trump isn’t trying to goad Iran into a war:

There is no good evidence that the Trump administration is preparing for war with Iran. Recent actions over the past two weeks to reduce the U.S. vulnerability to Iranian attacks are justified by intelligence reporting, Iran’s ideology and track record, and the standing threat.

In the end, It doesn’t matter whether there is an internal dispute or not, the person who makes the decisions—the President–said NO! So no one else’s opinion matters. Therefore unless the tyrants who run Iran are stupid enough to want a war with the U.S. (they’re tyrants, not idiots), there will not be a war.