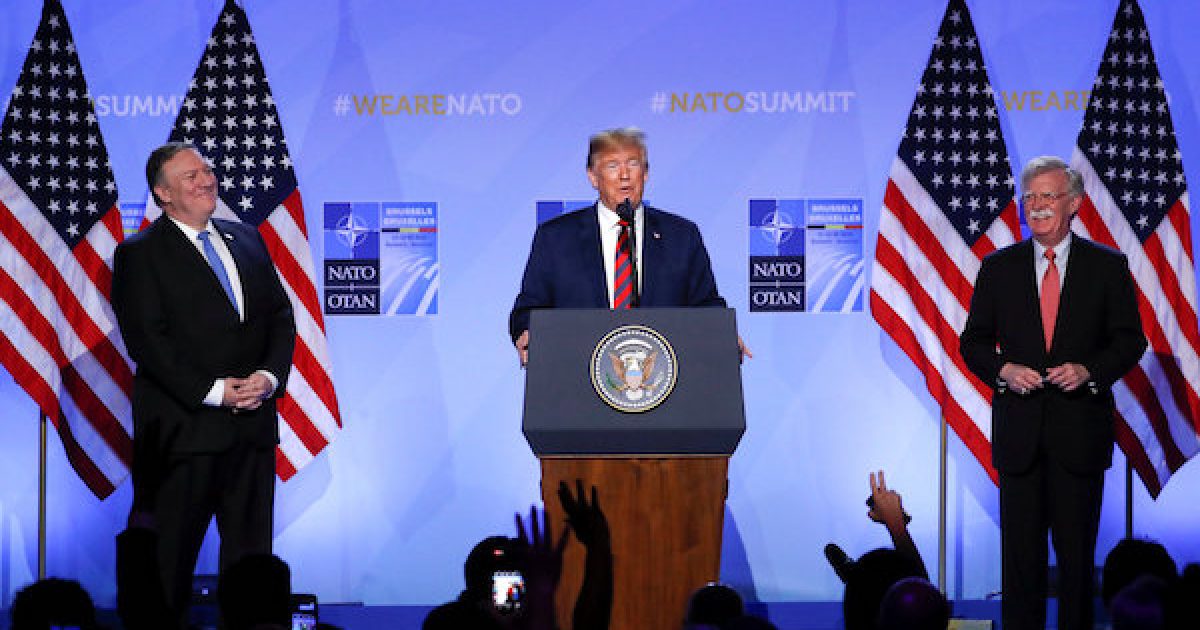 O Ye, of little faith! Thursday morning saw President Trump getting what he demanded from NATO.  He wanted an increase in spending from the countries that hadn’t been maintaining their comment on spending at least 2% of their GDP on their military. Note that it is not a commitment to give money to NATO but to keep the military alliance strong by spending money on their OWN military. 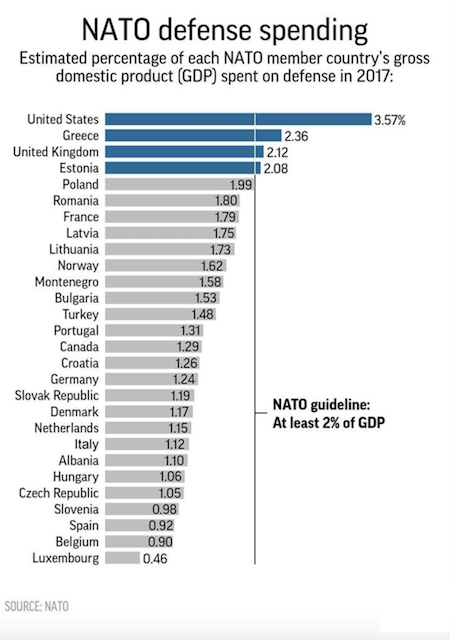 According to the mainstream media, Wednesday’s NATO meetings were a disaster. When President Trump had the absolute nerve to condemn some U.S. allies for not keeping their promises about military funding, it was another example of this president’s actions causing the end of the world. The media reaction was dramatic. For example during his afternoon segment on Fox that is supposedly news rather than commentary, one wondered if Shepard Smith was going to tear his clothes, put on sackcloth and go into mourning.

But Shepard Smith and other Trump haters can put down their mourning clothes because Trump’s strategy worked. On Thursday morning NATO had an emergency meeting after the President told them he was “extremely unhappy.” There were even reports that Trump even threatened to pull out of NATO if the 29 partners didn’t increase their spending, and fast.

After the emergency meeting, the POTUS held an unscheduled press conference where he announced that all NATO members agreed to increase their defense spending by at least a total of $33 billion.

Without revealing which countries were increasing their spending and how much per nation, Trump announced:

“It all came together at the end. It was a little tough for a little while.”

“We have a very powerful, very strong NATO much stronger than it was two days ago,” he said.

Citing the alliance’s Secretary-General Jens Stoltenberg, he said: “Secretary Stoltenberg gives us total credit, meaning me, I guess, in this case, total credit. Because I said it was unfair.”

Amid rumours that Mr Trump was threatening to pull the US out of the alliance, the Lithuanian president denied the suggestion.

Asked if he could pull the US out of NATO without the approval of Congress, Mr Trump said: “I think I probably can, but that’s unnecessary.”

The emergency meeting was attended by the leader of each country only. Flunkies and other invited guests were not allowed.
Per CNBC, “At one point, in a break with diplomatic protocol, a source said Trump addressed German Chancellor Angela Merkel by her first name and told her: ‘Angela, you need to do something about this.’ ‘We had a very intense summit,’ Merkel herself told reporters after the meeting.

Merkel and Germany was a particular target of the U.S. President before the meeting. 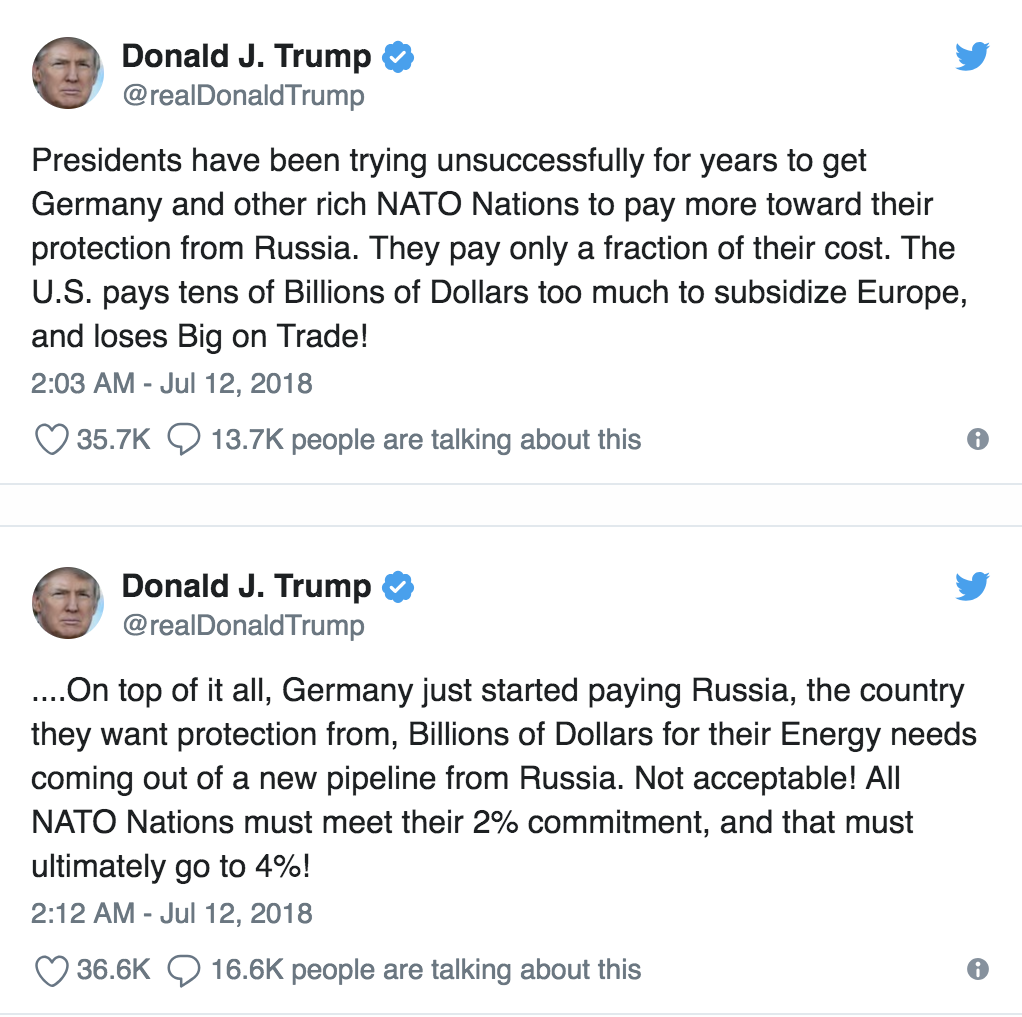 But in the end, despite all the whining and crying from the MSM, by acting as the disrupter he was elected to be, President Trump’s effort to “Make NATO Great Again” seems to have worked as our NATO partners have agreed to spend more on their military.