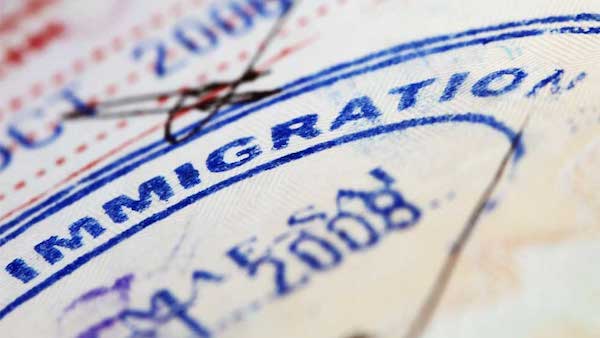 President Trump along with Sens. Tom Cotton (R-AR) and David Perdue (R-GA) Wednesday a new bill aimed at cutting legal immigration into the United States and giving priority to those with skills that will be most beneficial for the economy, speak English, and can stand on their own two feet.

Now before the liberals start screaming, understand that the proposed cutback has nothing to do with the race, religion, country of origin, or favorite flavor of ice cream of potential legal immigrants.

The proposed bill, an update of the “Raise Act” which introduced by the two Senators in February, will cut the number of legal immigrants into the U.S. by 50 percent over 10 years, eliminate diversity lottery visas and limit the number of refugees offered permanent residency in the United States every year. Additionally, the present system generally gives priority to family members of current U.S. residents, but Perdue and Cotton want the U.S. to weigh the skill sets of potential immigrants and give priority to those with the best (and most needed skill sets).

During his rally in Ohio last week, President Trump hinted his support of the bill:

The  Raise Act bill creates a points-based system that favors high-skilled immigrants and potential job-creating entrepreneurs who speak English, and who will not need welfare (over 50% of American immigrants need welfare). According to Senator Perdue, the proposed system the system is modeled on the Canadian and Australian systems, according to Perdue’s office.

The proposal puts Americans first by bringing in the talent our economy needs and it will help low-skilled American workers who presently are forced to compete with low skilled immigrants for work. A report by the National Academies (NAS) shows that immigration, legal and illegal, reduces the wages of native-born workers, often the least-educated and poorest.

And keep in mind that the present level of immigration is too high for the United States to scrutinize and absorb.

Per the Center for Immigration Studies (CIS),  the number of total immigrants entering the country is skyrocketing. New data collected by the Census Bureau show that 3.1 million new immigrants (legal and illegal) settled in the country in the two-year period of 2014 and 2015 (more than 1.5 million annually). What you may find surprising is that the vast majority of these immigrants (between 66% and 75%) are legal.

The overall immigrant population grew about twice as fast in the last two years as it did in the prior four years. Additionally, according to CIS:

Yes, it’s true,  the United States is a nation of immigrants. And to be honest I am not against immigrants, per se, or any group of immigrants. Heck, my grandparents were immigrants (all four were born in Russia-but there was no collusion they left long before Putin was born). But how much immigrants is enough? When does the number of immigrants become a national security threat?

The real question is can we really screen that amount of immigrants coming in the country. Let’s compare the above chart to historical numbers. The chart below is based on immigration figures by the Census for ten-year periods:

There is absolutely no way for our immigration agents to know the background and vet 1.5 million people/year. And it’s not a matter of as Mr. Trump says keeping out the people from countries related to terrorism. It’s a matter of cutting the number way back so all immigrants can be vetted.

One issue addressed by the Raise Act what is the level of immigration the United States can sustain? That’s not just a question for economists— determining what level of services immigrants may get, of what skills America’s economy needs. It’s also a question of how many background checks, how many investigations into their family history and associations, how many people can be allowed into the country and still be assured that those people are being properly vetted? There are potential terrorists and other criminals in Europe, Asia and other countries outside the US. The Raise Act tries to ensure that the bad guys are weeded out and to vet the skills of each potential immigrant.   Our DHS needs the time check each and every person coming into the country, and 1.5 million/a year is way too high to be able to fully vet all the potential immigrants.

For the future of our economy, as well as the safety of our children and grandchildren we need a Raise Act to limit the flow of immigrants to a reasonable, vettable level.