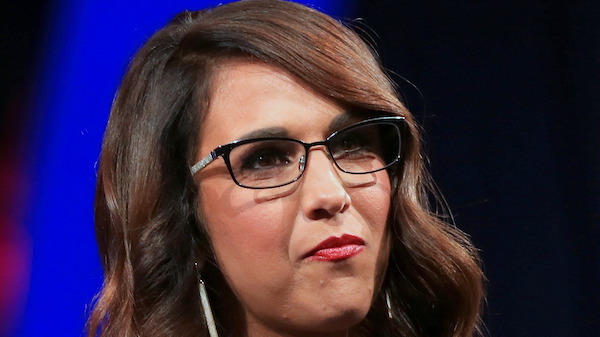 A liberal terrorist from Florida, Matthew Comiskey, was reportedly arrested for allegedly threatening to murder Rep. Lauren Boebert, R-Colo., Fox News, and others.

“I got my 2 amendment tool ready to destroy Lauren’s face! Hopefully in front of her kids,” he said in one online threat.

“Don’t worry, Lauren, someone is coming soon to show your face the 2nd amendment in practice with a copper jacket. Enjoy,” he said in another post.

Boebert made a name for herself when she confronted Beto O’ Routke about his promise to take away people’s guns when he ran for the Democratic nomination for President.

In September 2019 Lauren Boebert confronted Beto O’Rourke at a town hall in Aurora Colorado, “I was one of the gun-owning Americans who heard you speak regarding your ‘Hell yes, I’m going to take your AR-15s and AK-47s.’ Well, I’m here to say, ‘Hell no, you’re not.’” Three months later she’s announced she was running for congress.

Eventually, based primarily because of her gun stance, she ran for and won the congressional seat for Colorado’s 3rd congressional district.

As you may imagine, liberals were not very happy, like this guy from God’s waiting room, also known as Miam\-where old people move to die.

Scooplet: The FBI have arrested Matthew Comiskey of Florida with threats against Congresswoman Lauren Boebert.

“Don’t come to Florida. Us libs have big guns here and we stand our ground. Take you down like Trayvon” pic.twitter.com/ZnDEJfHyhz

“I’m thankful for the professional and effective work of the Capitol Police and the FBI,” Boebert said in a statement after the terrorist was arrested, Fox News reported. “These threats will not deter me from my work to effectively represent the 3rd District of Colorado and secure the rights of the American people.”

She also slammed “Fake News outlets” like CNN and MSNBC, the official network of insane bloodthirsty liberal rage, hate, and stupid lying liberal propaganda, that “encourage these sick people to make threats against me and my family.”

This, by the way, IS the modern left, egged on by the likes of Joy Reid, the cackling coven at ABC’s “The View,” and other propagandists who spew lies and incite hatred and violence 24 hours a day, seven days a week.

I have repeatedly said that liberalism, at its core, is an ideology of insane bloodthirsty rage and hate. Liberals prove that assertion correct on just about any given day.

Parts of this post were first seen at Consertive Firing Line