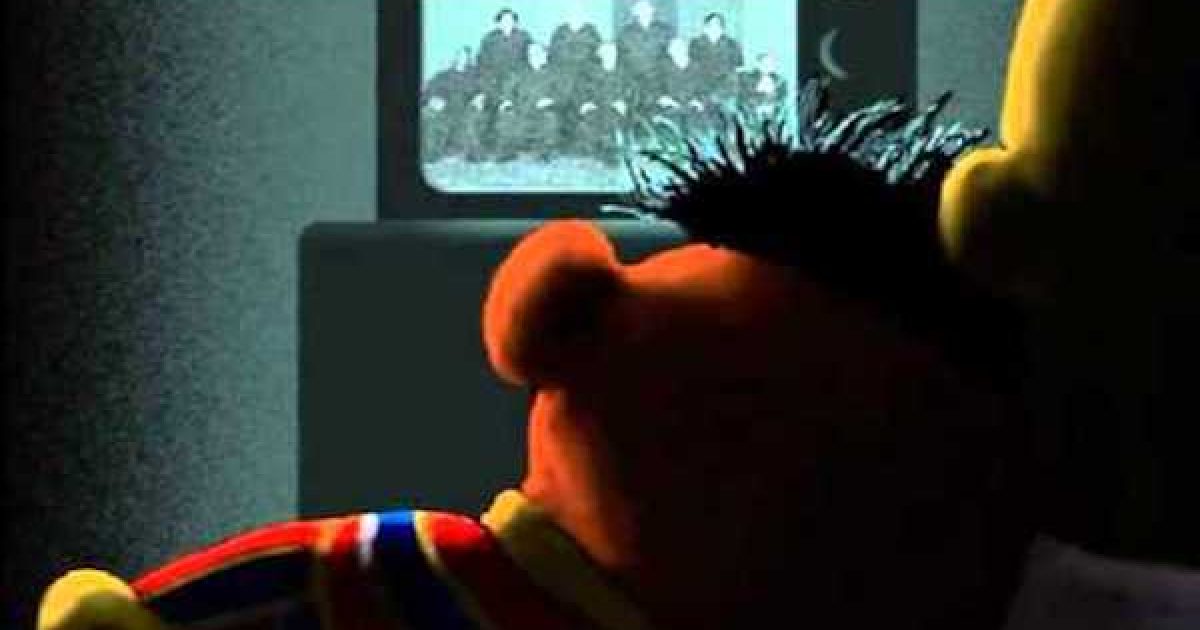 Most of my advertising career was spent in the kids marketing business. Much of that time spent was running the Hasboro and Playskool media accounts, and as part of that responsibility, I had regular meetings with the folks from Childrens’ Television Workshop, who owned Sesame Street. At least once a year I would ask my Sesame Street sales representative if Bert and Ernie were gay. She always gave me a disgusted look and told me “no,” But now years after leaving the marketing to kids business, I’ve been vindicated. Yes, Bert and Ernie are gay.  It doesn’t change anything about the show or the characters (they are only puppets), but it confirms a long-standing suspicion.

Sesame Street” writer Mark Saltzman, who joined the show in 1984, told Queerty the two puppets are a gay couple, and their relationship is a reflection of his partnership with film editor the late, Arnold Glassman.

I remember one time that a column from The San Francisco Chronicle, a preschooler in the city turned to mom and asked: “are Bert & Ernie lovers?” And that, coming from a preschooler was fun. And that got passed around, and everyone had their chuckle and went back to it. And I always felt that without a huge agenda, when I was writing Bert & Ernie, they were. I didn’t have any other way to contextualize them. The other thing was, more than one person referred to Arnie & I as “Bert & Ernie.”

Yeah, I was Ernie. I look more Bert-ish. And Arnie as a film editor—if you thought of Bert with a job in the world, wouldn’t that be perfect? Bert with his paper clips and organization? And I was the jokester. So it was the Bert & Ernie relationship, and I was already with Arnie when I came to Sesame Street. So I don’t think I’d know how else to write them but as a loving couple. I wrote sketches…Arnie’s OCD would create friction with how chaotic I was. And that’s the Bert & Ernie dynamic.

After same-sex marriage was legalized in NY State a petition on change.org called on Bert and Ernie to wed on screen. The official Sesame Street response appeared on the show’s Facebook page in August 2011

“Bert and Ernie are best friends,” the show posted on its Facebook page. “They were created to teach pre-schoolers that people can be good friends with those who are very different from themselves. Even though they are identified as male characters and possess many human traits and characteristics (as most Sesame Street Muppets do), they remain puppets, and do not have a sexual orientation.” Or, as Sesame Street Workshop boss Gary Knell put it in 1994, “They are not gay, they are not straight, they are puppets. They don’t exist below the waist.”

They released a similar message on Tuesday:

Please see our statement below regarding Bert and Ernie. pic.twitter.com/6r2j0XrKYu

The official position may be that Bert and Ernie are just good friends, but the perception of the two characters is closer to the way Mark Saltzman wrote it, as demonstrated by this short video from Family Guy: