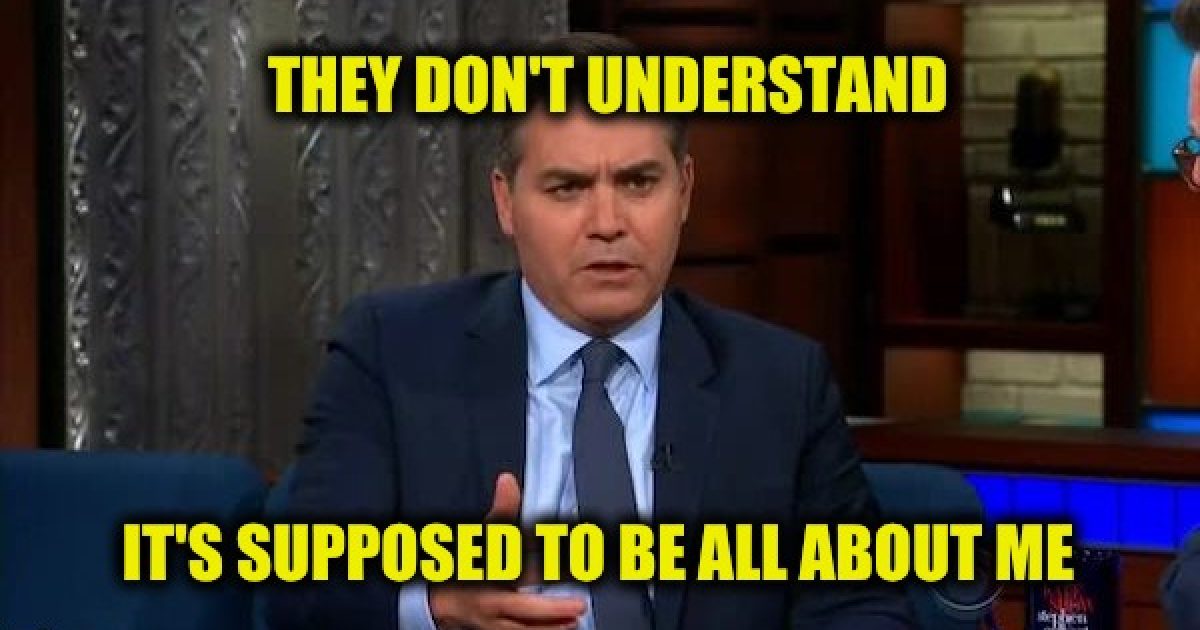 Fair is foul and foul is fair: Hover through the fog and filthy air: Macbeth, Act 1, Scene 1

It’s official — we now live in an upside-down world where up is down. The View co-host Sunny Hostin actually claimed that a White House intern who was attempting to get a microphone from CNN propagandist Jim Acosta at the president’s direction, actually committed assault when he pushed her arm away.

The incident prompted White House Press Secretary Sarah Huckabee Sanders to announce that Acosta’s White House credentials had been revoked.  Instead of apologizing for the incident, CNN, along with much of the Democrat-media complex, defended Acosta. 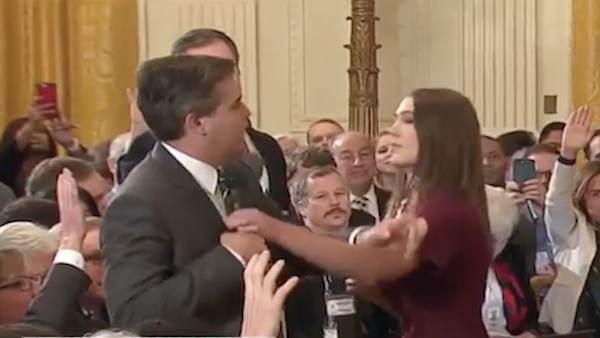 Now, the View Co-Host Sunny Hostin is saying that the intern is really the one at fault.

“What I saw was a battery, not by Jim Acosta, but by the young White House aide,” she said.

Meghan McCain sarcastically asked: “So we should get her arrested for battery?”

“I’m telling you what the law is,” Hostin said.

[T]he other thing is, when you’re talking about Jim Acosta being the headline if you think about the reporter that Jim Acosta is, Jim Acosta is a reporter who covered the war in Iraq from he’s a reporter that has covered many campaigns, Mitt Romney’s campaigns. He’s covered politics for a long time. He has, you know, been — he’s asked very difficult questions of world leaders his entire career. He’s the first foreign journalist in 50 years — his father was a Cuban refugee. He actually in Cuba held Raul Castro to account for the human rights violations in Cuba. So this is a journalist who has spent his career doing what I think the great journalists do which is holding power to account for their actions.

But, as one may expect like every other MSM reporter, during the Obama Administration Jim Acosta treated the former president with a reverence never seen before in political coverage.

The Truth is that anyone who believes the WH intern was at fault as opposed to Acosta is a few fries short of a happy meal.  Or as Cole Porter wrote for the musical Anything Goes:

The world has gone mad today, And good’s bad today,
And black’s white today,, And day’s night today,
And those guys today, The women prize today, are just silly gigolos
When folks who still can ride in jitneys, Find out Vanderbilts and Whitneys, lack baby clothes,
Anything goes.

Below is a video of the discussion on The View