“The Hunt,” Movie About Liberals Hunting And Killing Conservatives-IS BACK

Movie About Killing "MAGA Types" To Be Released In March 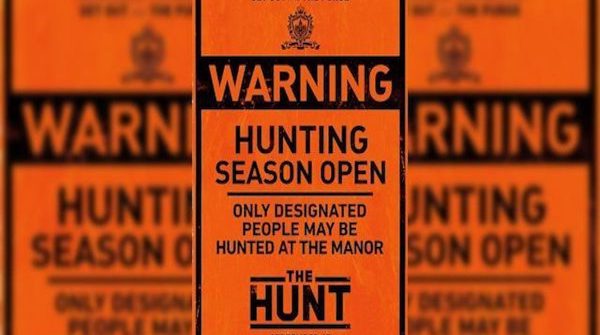 Hollywood was living their best fantasy with the movie “The Hunt,” which depicts elite liberals hunting down and killing red staters they call deplorables. The film was pulled from just before its release in September 2019 because of the mass shooting at a Walmart in El Paso, Texas. It is now scheduled for release on March 13, 2020.

The film, entitled The Hunt, is essentially an old trope with a political twist. The plot of elitists hunting real humans just for the sport of it has been done many times before. But the twist for this film is its explicit political division. The hunters are deep blue-state-type, liberal Democrats while the prey is “MAGA type Trump-voting Republicans or as they are called in the movie “Deplorables.” Per the Hollywood Reporter a character says,” Nothing better than going out to the Manor and slaughtering a dozen deplorables.”

Gee, I can think of hundreds of things better than slaughtering deplorables.

Many of those killed early in the film are typical trucker-looking red-staters. Indeed, one is even made up to look like conservative firebrand Ted Nugent. And to drive that likeness home, this Ted-like character is killed by a bow and arrow – rocker Nugent is a big bow hunting fan in real life. The film’s liberal characters track down their prey by pinpointing victims through social media posts where Deplorables express sentiments against abortion, gun control, or race.

From the trailer (see below), it appears that half the film depicts liberals murdering a slew of red-state voters, one female red-stater character (actress Betty Gilpin) has herself some fighting skills. And in the end, she turns the tables on her liberal attackers, getting revenge and cleaning the clocks of the liberals.

The film’s co-writer and producer, Damon Lindelof (“Lost,” “The Leftovers”), spoke with Fox News about the film and said it was never their intention to create division but to poke fun at both sides of the aisle.

“We set out to tell a story that didn’t take sides and that meant, yes, being fair and balanced in satirically roasting all sides… to have fun without trying to force a message down anyone’s throat or wagging our fingers… to trust the audience to make up their minds for themselves.”

He added, “We understand how some believe we are in divided times, but nothing brings us together like a movie. And we hope ‘The Hunt’ can do just that.”

Especially a movie where “Deploriables” get hunted down.

The film will probably be a blockbuster. After all, you have to figure Rob Reiner, Tom Arnold, Cher, and Bette Midler are good for a few thousand tickets each. And Barbara Streisand will go if they put rose petals on her theater seat and the toilets in the ladies’ room. Michael Moore will go a few thousand times if he can be assured there’s good food at the cinema. That’s before we get to all the conservative haters in the news such as MSNBC, CNN, Shepard Smith, and others. Although I would tell them not to depend on Andrea Mitchell because her lips are probably still attached to Hillary Clinton’s arse. If Chris Matthews shows up to the movie, it will hurt ticket sales because no one wants to sit next to someone who tinkles down his leg every time he thinks about Barack Obama. And who knows, maybe Bernie’s campaign will offer free tickets. Bloomberg might do free tickets but only at theaters not offering large sugary drinks and based on the “stop and frisk” videos released featuring the former mayor, he will only pay for tickets theaters that separating people by skin color.

Below is the trailer: