Texas State Guardsman: Leadership Is Trying To Indoctrinate Us To Far-Left Ideology 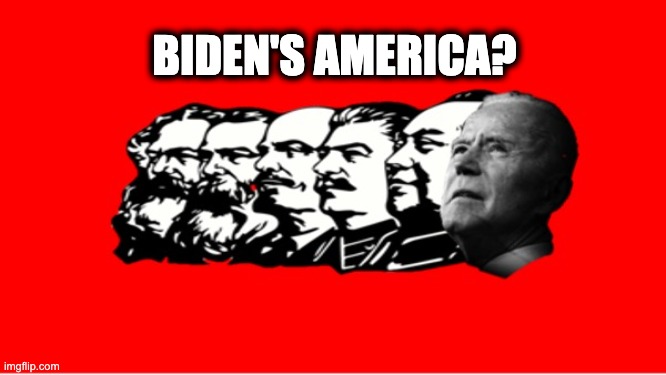 Andy Hopper, currently serving as a Texas State Guard Warrant Officer, saw something at his monthly drill that shook his confidence.

He tells his full story in his own words, but we will summarize it with some direct quotes. If this is happening in Texas, we can and should ask if it’s happening elsewhere as well. In particular, we should wonder: who is behind it.

During our monthly drill, we were ordered into an auditorium at Camp Mabry and indoctrinated with themes of cultural Marxism and critical race theory that characterize the same DOD “extremism” training that has been forced upon all federal troops since the January 6 rally for President Trump in Washington, D.C. Unlike the federal training, our training occurred with a room full of Texas general officers, including Major General Robert Bodisch, the commanding general (CG) of the Texas State Guard.

Texas is somewhat unique in that the Texas Military Forces is made up of no less than three branches: the Army National Guard, the Air National Guard, and the Texas State Guard. The reporting structure is complex, but the bottom line is that the State Guard only reports to the governor of Texas and cannot be federalized. The Department of Defense is not in our reporting structure, and Washington, D.C. has no role in the command of our state military forces.

With that context given, you might think it was fairly well insulated from the ridiculous hard-left turn we have seen at the federal level since late January. But, unfortunately, this story will make you rethink that assumption.

Ultimately, what I witnessed on May 22 was a case of leadership boldly weaponizing the chain of command to indoctrinate a left-wing political agenda of cultural Marxism, critical race theory, and moral relativism upon military forces of the State of Texas. I rose to forcefully remind the officers that they were misusing the chain of command to indoctrinate their political beliefs.

The training was given by one senior NCO (non-commissioned officer) and several lawyers, and it was preceded by a short reminder of the oath of office given by the CG. The reason given pertained to the “attack” on the Capitol that led to the genesis of the prescribed training and included the order of Biden’s secretary of defense to perform the mandatory training. Specifically, troops were told that there was a list of extremist organizations and that soldiers with “extreme” views would be investigated. Troops were encouraged to report others whom they felt held “extreme” views.

That narrative could just as easily have come from the mouth of Biden, Pelosi, or AOC.

Did these ‘training’ sessions give any examples of ‘extreme’ belief? You bet.

The sessions went on to say that mere membership in the NRA ‘might’ not be extreme, but if you fundraise or recruit, you ‘certainly would be. Every example of ‘extreme’ that was offered happened to be on the political right.

What else is ‘extreme’? Apparently, that list would include Rep. Steve Toth, a Major in the Texas State Guard, and Lt. Col. Allen West because any reference to ‘Texit’ or ‘Secede’ is also evidence of ‘extremism. That’s a weird claim since (as Hopper reminds us) most Republicans and about 30% of Democrats favor Texas Independence.

But if these guys are supposed to report directly to the Governor and not some federal institution, where is this coming from?

Once the question-and-answer session of our training began, I stood and asked whether Gov. Abbott was aware that this training was being administered to non-federal Texas Guardsmen. After all, when it was revealed that the Biden administration was vetting troops based upon the same standards of “extremism” taught in this class, Texas Gov.Greg Abbott recalled the Texas National Guard from Washington, D.C., saying that the vetting of the National Guard was the “most offensive thing I’ve ever heard.” After some confusion, the instructor began to suggest an answer, and there was an audible command: “Don’t answer that.” Ultimately, I was promised an answer after the matter was investigated.

I stood again and reminded the instructors that Article 1, Section 24 of the Texas Bill of Rights states that the “military shall be at all times subordinate to the civil authority.” I asked what civil authority had ordered this training. One thing was clear: the Texas Adjutant General, Major General Tracy R. Norris, ordered Texas State Guard Major General Robert Bodisch to conduct the DOD training, but no civil authority was offered. It should also be noted that while the Texas State Guard is a state agency, no other state agency has been asked to take “extremist” training.

The Marxists are acting as though they have a clear path to hijacking the few national institutions that have resisted being captured by their ideologies.

Time will tell which side wins this fight, and whether America swings back to its traditional understanding of Out of Many One, or if we allow these toxic ideologies to set us one against the other. If the latter happens, the Democrats just might be successful in using January 6 as an excuse to eliminate the one obstacle to their permanent political power — the Republican party.