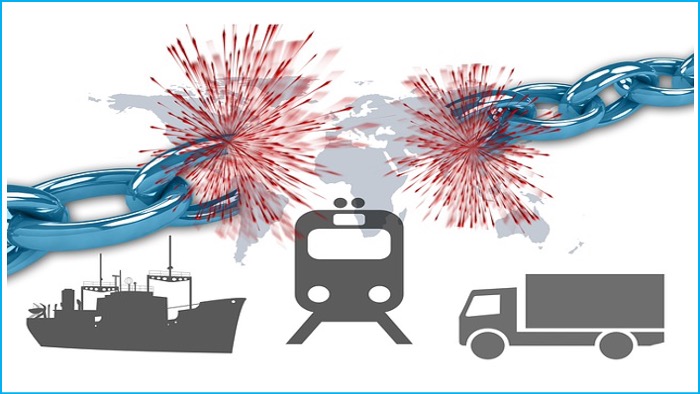 Because we are so interconnected today, COVID-19 became the most extensive disruption to the global economy in world history. It was also the biggest ever change of demand due to how people reacted to shutdowns.
f
Like many worldwide, American consumers altered their buying habits, shifting purchases toward durable goods and taking business online more quickly and substantially than expected.

Undeniably, the economic disruption associated with the pandemic revealed weaknesses across a variety of logistical areas.

There is indeed a spending splurge, causing full warehouses and busier ports than ever. The Port of Long Beach saw 60,000 more containers in August than last year. And that’s caused chaos.

Industry experts say California has the least efficient ports, underperforming everyone from Savannah and Singapore to Houston and New York when it comes to the timely unloading of ships.

Unsurprisingly, the Golden State crisis is caused by specific left-wing policies, like California’s “vindictively regulatory state government.” Their truck and chassis shortage, for example, is caused by unnecessary emission regulations from environmentalists.

Due to certain labor unions, U.S. facilities are less automated and less efficient than Asian ports that always operate 24 hours a day.

The main culprit for this inefficiency is the International Longshore and Warehouse Union, which runs the west coast ports and abhors automation and abides by regressive work rules.

More compensation surely is not necessary. Longshoremen are earning, on average, over $170,000 a year, plus the usual generous benefits.

What’s unique about the last 20 months is how productivity decreased, but incomes increased mainly because the government intervened with so-called stimulus checks.

Despite exaggerated stories about evictions and job loss, stats show money is flowing, and indeed there is no demand shortage, while restaurants and sports venues are again full.

As to inflation and observational life, extraordinarily high gas prices and empty shelves cause a visceral reaction because no one under age 55 has seen the 1970s situation before.

Since we aren’t yet out of shoes or bread, it’s not the Soviet Union Bernie Sanders wishes; Americans are just seeing a smaller variety of products than we are accustomed.

If your dishwasher breaks today, and you select a new one at Home Depot, it will not be delivered in a week; more likely, it’ll arrive after Thanksgiving. That’s inconvenient, but we can deal with that.

But not having a turkey next month or a big toy under the Christmas tree creates a feeling of malaise and is bad politically for those in power. Even if they ignore the high crime, inflation, border crisis, and foreign policy debacles, you’d think Democrats would care more.

Maybe they assume no one is paying attention. They’d be wrong.

A.J. Kaufman is a columnist for Alpha News, P.J. Media, and here at The Lid