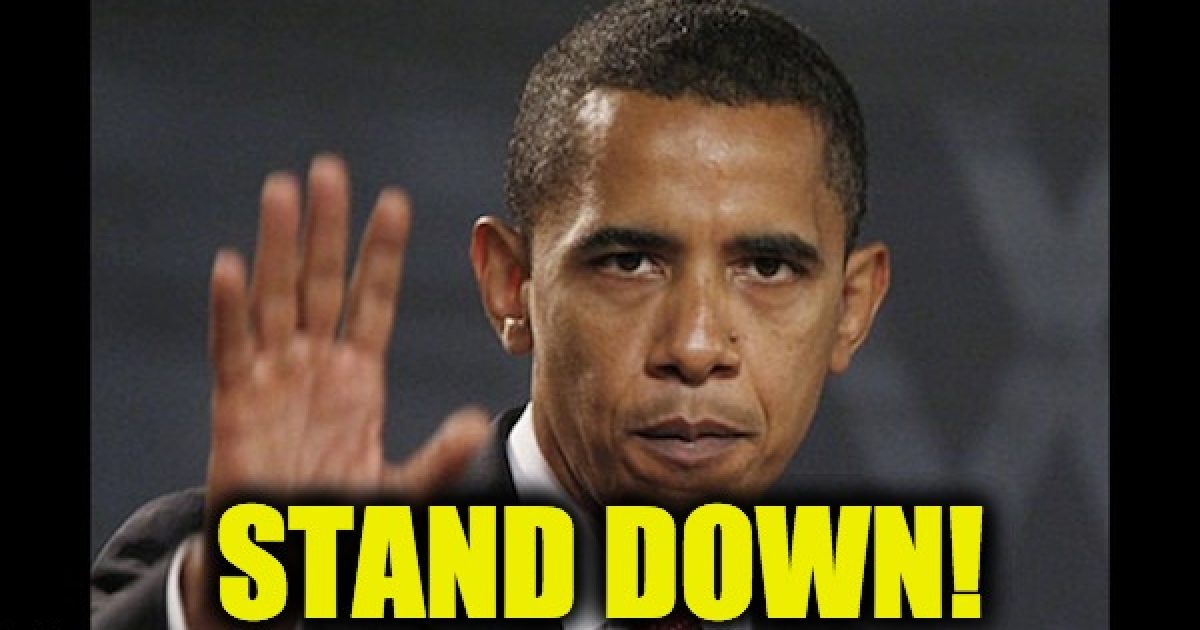 Apparently, stand down orders were a favorite activity during the Obama administration, although denied by the politicians,  some people in the military claim they were ready to rescue Americans during the Benghazi attack but were given a stand down order. Now another case, President Barack Obama’s cybersecurity czar confirmed Wednesday that former national security adviser Susan Rice told him to “stand down” his efforts to respond to Russian cyber attacks during the summer of 2016 presidential campaign.

That’s correct, the Obama administration knew that Russia was trying to mess with the election, our cyber team was preparing to counter-attack and was told to leave it alone. Since the election, the Democrats and the press has made the Russian attack the first things out of their mouths on a daily basis.

Michael Daniel, whose official title was “cybersecurity coordinator,” confirmed the stand down order during a Senate Select Committee on Intelligence hearing held to review the past two administrations’ response to Russian election interference.

The Obama White House’s chief cyber official testified Wednesday that proposals he was developing to counter Russia’s attack on the U.S. presidential election were put on a “back burner” after he was ordered to “stand down” his efforts in the summer of 2016.

The comments by Michael Daniel, who served as White House “cybersecurity coordinator” between 2012 and January of last year, provided his first public confirmation of a much-discussed passage in the book, “Russian Roulette: The Inside Story of Putin’s War on America and the Election of Donald Trump,” co-written by Michael Isikoff David Corn, that detailed his thwarted efforts to respond to the Russian attack.

They came during a Senate Intelligence Committee hearing into how the Obama administration dealt with Russian cyber and information warfare attacks in 2016, an issue that has become one of the more politically sensitive subjects in the panel’s ongoing investigation into Russia’s interference in the U.S. election and any links to the Trump campaign.

The Cybersecurity effort by Mr. Daniels was supposed to include a DOS, a denial of service attacks to take down Russian propaganda news sites and to attack Russian intelligence agencies.

Daniel declined to discuss the details of those options during Wednesday’s open hearing, saying he would share them with the panel during a classified session later in the day. But he described his proposals as “the full range of potential actions” that the U.S. government could use in the cyber arena “to impose costs on the Russians — both openly to demonstrate that we could do it as a deterrent and also clandestinely to disrupt their operations as well.”

Sen. James Risch, R-Idaho, asked about a “Russian Roulette” passage in which one of Daniel’s staff members, Daniel Prieto, recounted a staff meeting shortly after the cyber coordinator was ordered by Susan Rice, President Obama’s national security adviser, to stop his efforts and “stand down.” This order was in part because Rice feared the options would leak and “box the president in.”

“I was incredulous and in disbelief,” Prieto is quoted as saying in the book. “It took me a moment to process. In my head, I was like, did I hear that correctly?” Prieto told the authors he then spoke up, asking Daniel: “Why the hell are we standing down? Michael, can you help us understand?”

Evidently, that stand down order emboldened the Russians to do more.

Victoria Nuland, assistant secretary of state for Europe during the Obama administration testified to the Senate Select Committee she was given a briefing about the hacking of the DNC in December 2015 which was long before the DNC was told about it.  She also informed the committee that the Russians seemed to tone down its interference after Obama “scolded” Russian President Vladimir Putin during the G20 Summit in China, September 2016.

But Nuland said it didn’t last. As the election neared in  October Russians ramped their efforts, this time using social media, “I think it’s probably the case that the Russians expected deterrent measures and didn’t see them, and so felt they could keep pushing,” Nuland said.

As she and other State Department officials became “more alarmed” about what the Russians were up to in the spring of 2016, they were authorized by then Secretary of State John Kerry to develop proposals for ways to deter the Russians. But most of those steps were never taken — in part because officials assumed they would be taken up by the next administration.

The deterrence measures weren’t taken, possibly because they thought Hillary would win and she could deal with it,  or perhaps because Obama and the state department were too busy trying to screw our ally Israel. But that is speculation. To understand what happened the4 committee should find out why it was done.

Nuland told Susan Collins (R-ME) that Russian diplomats took a road trip around the country to gather intelligence on our election systems.

Perhaps that’s why, according to Daniel’s team, after the stand down, they shifted their goal to protecting local election systems.

While the stand down order was given by Susan Rice, I believe one can assume President Obama was involved. After all, we are talking about a president who micro-managed military missions, it’s hard to accept he wouldn’t be all over a cybersecurity stand down.