The Strategic Petroleum Reserves Are Going Down Biden’s Drain 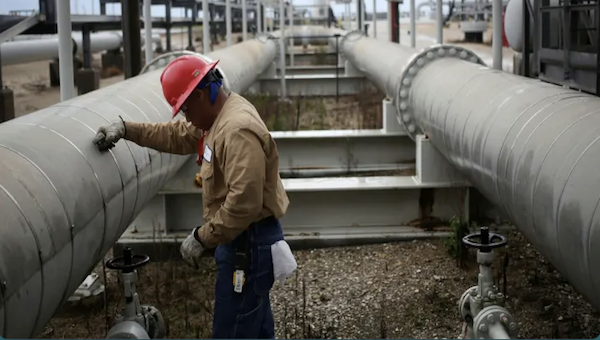 Biden announced that he will release 1 million barrels of oil PER DAY from the Strategic Petroleum Reserves for the next six months to “bring down gas prices.” A cynic would say it’s just a PR move that [coincedntly?] ends just before the midterm election.

He blames Russia and the oil companies But but as soon as Dementia Joe became president and started canceling access to drilling and pipelines, costs began to rise. In fact, they began to jump right after election day—as soon as commodity traders discovered Biden was going to occupy the oval office. On election day 2020, the average price of regular gas was $2.11/gallon. On Inauguration Day 2021, the average cost of a gallon of regular gas was $2.38/gallon, and 13 months later, on Valentine’s day 2022, ten days before the Russians invaded Ukraine, the price was $3.64/gallon. Sure it went up even higher after Putin invaded Ukraine. Still, ten days before the war, the price had already increased by 73% since commodity traders began to freak out because they anticipated what Biden would do and 53% from Inauguration day.

In this latest failure, clueless Joe showed himself to historically short-sighted and political move, our strategic reserves will be cut in half. If we have an existential emergency, it will be at zero before long. And Biden has no logical plan to refill the reserves. We ask again: can America withstand another nearly 3 years of this administration? It’s already making our great nation nearly unrecognizable.

The gas price today is around 62 cents higher than it was the month before. It came down to a whopping penny. Biden’s own extremist-based policies have made a hash of American citizens’ paychecks. Oh, and don’t forget, Biden’s 2023 budget proposal plans to TAX oil and gas companies, which will raise the cost of gas even higher. Workers, farmers, construction workers, military and law enforcement, office employees who have to get to work…every person who lives in America is affected by higher prices and the runaway inflation eating away at their livelihoods.

And the idiot wants us to buy electric cars. They are MUCH more expensive than a gas-driven car. And there aren’t many charging stations.

So after 50 years of being virtually empty, I built up our oil reserves during my administration, and low energy prices, to 100% full. It’s called the Strategic National Reserves, and it hasn’t been full for many decades. In fact, it’s been mostly empty. It’s supposed to only be used for large-scale emergency or conflict. Now I see where Biden has just announced he’s going to take what we so carefully and magically built, and what will be a futile attempt to reduce oil and gasoline prices. They will soon bring it down to empty again. It just never ends!

Trump is correct. It never ends. From destroying America’s energy independence based on some left-wing environmentalist’s “climate change” demands to blaming Putin and/or oil and gas companies for the high prices… Biden even refuses to name the companies he’s blaming for the high prices. It’s Biden’s fault, period. He NEVER takes responsibility for anything. Even when his gaffes are out of control and endanger US National Security, he denies it all. And today, we learn that he will drain the Strategic National Reserves for the next 6 months. All because he has no foresight whatsoever.