Harvard Prof Is Wrong! PUBLIC Schooling Should Justify Its Existence, Not Home Schooling 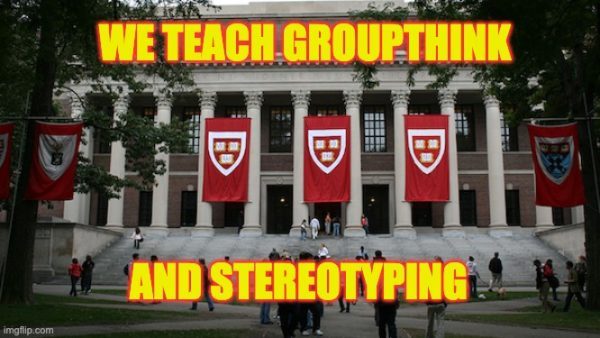 In Harvard Magazine’s May-June issue, Harvard Law’s Elizabeth Bartholet falsely stereotypes parents who home-school and their children. She emphasizes what her article calls for: “a radical transformation in the homeschooling regime,” a “reframing of constitutional doctrine,” and a “presumptive ban” on homeschooling, with the burden on parents to prove to authorities that they are justified in seeking homeschooling options for their children.  I, however, believe it is public schools that should be forced to justify their existence. Stereotyping homeschooling

Bartholet writes that she’s worried home-schooled children will not be able to contribute to a democratic society. She specifically cites the right to a “meaningful education” and concerns about potential child abuse due to homeschooling. Bartholet argues that current homeschooling laws include “very few requirements that parents do anything,” and laments that some homeschooling parents are “extreme religious ideologues.” This is a problem, according to Bartholet, because children should be introduced to “democratic values, ideas about nondiscrimination and tolerance of other people’s viewpoints.”

“The issue is, do we think that parents should have 24/7, essentially authoritarian control over their children from ages zero to 18?” Bartholet asked. “I think that’s dangerous. I think it’s always dangerous to put powerful people in charge of the powerless, and to give the powerful ones total authority.”

My children weren’t home-schooled. However, they were instilled with strong religious (Jewish) ideology, democratic values, understanding that discrimination was horrible, and other reasonable viewpoints should be tolerated. They were also taught to love America and all that it stands for, something that has been missing from the public school curriculum ever since they stopped teaching civics.

Each of my two kids is learning disabled; they are strong learners and intelligent, but they also had ADHD. Unlike what some uneducated people may say, ADHD is real, it is not the “disease of the month.” The affliction does not mean that a person cannot pay attention; it means that they sometimes pay attention to the wrong thing. Some say it is a genetic remnant of the “caveman” days when man was not only a predator but was also prey.  It allows their senses to be more in tune with the world around them, as they are open to sensory stimulation. With ADHD, you are much more likely to “stop and smell the roses,” however, in many cases at they stop and smell at an inappropriate time. Of course, it is also harder for a person with ADHD to stay focused and return to the task at hand (like cleaning his/her room).

From the first day of kindergarten, school was an everyday struggle in our home because most teachers and administrators could only deal with kids who conform to their vision of a student. It is easy to develop a program to help a child that can’t read or add. But we found that school systems are unprepared to teach a very bright child with needs. The school administrators we’ve dealt with saw my children as doing well enough. They don’t care that the purpose of education isn’t instructing kids to be “good enough.” The goal is to help them to reach their potential.

The public schools my children attended taught a false liberalized history. At home, I had to correct the mistakes they learned in school and explained they would have to regurgitate what they learned in class for the class tests, but understand what I was teaching so they would know what really happened.

While you can make a case for different interpretations of certain events that happened centuries ago, you cant change basic facts. For example, their history textbook claimed that Jesus lived in Palestine, which is simply propaganda. There was no such place as “Palestine” in the time of Jesus. The Romans changed Judea’s name to Syria Palestinia a century after he lived.

The book also white-washed Castro’s Cuba. It said, “Soviet aid to Cuba ended abruptly with the breakup of the Soviet Union in 1981. This dealt a crippling blow to the Cuban economy.” There was no mention of the brutality of the Cuban regime. Or the fact that all opposition newspapers had been closed down, radio and television stations were in state control,  moderates, teachers, and professors were purged, or the torture and inhumane treatment in Cuban prisons.

Perhaps the most significant rewriting of history was the discussion regarding the end of the Cold War. It talks about Nixon and detente, then BOOM, a bad man became president. The” fiercely anti-Communist U.S. president, Ronald Reagan took office in 1991. He continued to move away from detente. He increased defense spending, putting both economic and military pressure on the Soviets.”

And the result of Reagan’s policies? Tensions increased. That’s it! According to the textbook, an increase in tensions was the only result of the evil Reagan’s policies. But never fear, because there arose a leader in the USSR who knew not the cold war. The book explained later  ...” a change in Soviet leadership in 1985 brought a new policy toward the United States and the beginnings of a final thaw in the cold war.” Wow, look at that…out of the blue, the USSR  woke up and decided to play nice.

This explanation doesn’t mesh with history (or my eyes). I witnessed the peace-through-strength strategy executed by the Reagan Administration, which drove the Soviet economy into the sewer.  I saw Reagan announce what may be the best foreign policy bluff in the history of man, the Strategic Defense Initiative (Star Wars). This initiative posed a technological challenge to the Soviet Union.  The part we never told the Soviet Union (until President Obama blurted it out a few months ago) is that the technology posed a challenge to us also. But the prospect of Star Wars Technology scared the pants off the USSR, so did Reagan’s willingness to apply significant rhetorical and other pressures against the Soviets or as he called it, the evil empire. This pressure was on top of the political pressure applied by a Pope born in Poland and grew up suffering the horrors of communism.

Pope John Paul II provided a moral focus with his constant anti-communist sermons; his visit to his native Poland in 1979 stimulated a religious and nationalist resurgence centered on the Solidarity movement that galvanized opposition.

Reagan imposed economic sanctions on Poland to protest the suppression of Solidarity. In response, Mikhail Suslov, the Kremlin’s top ideologist, advised Soviet leaders not to intervene if Poland fell under the control of Solidarity, for fear it might lead to massive economic sanctions by the west, representing a further catastrophe for the Soviet economy. That “non-intervention” was the beginning of the slippery slope that led to the easing of the communist oppression, and the fall of the Soviet Union.

It is said that history is written by the victors. In the case of Cold War history, it has been rewritten by the progressives in public schools who want to indoctrinate our children to their inaccurate version of history.

While my kids weren’t home-schooled, they were undoubtedly home-supplemented. At home, they learned about Reagan’s Cold War Victory based on Peace Through Strength is a lesson that should be taught to our kids. They also learned more about and read more of William Shakespeare than they ever did in public school. My wife taught them the math they didn’t learn in public school. She also handled spelling because I couldn’t tell you how many times one of my kids would bring home the weekly sheet of spelling words, and a few of the words were misspelled.

Speaking of spelling, the illustration that went with the Harvard homeschooling hit piece originally spelled arithmetic wrong. They corrected it after some smart, probably home-schooled kid pointed it out. 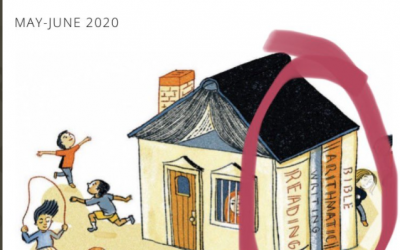 I would never claim that every school curricula is as flawed as displayed in the school districts my children went to. Just as Harvard Law’s Elizabeth Bartholet should apologize because being a left-wing ideologue, she stereotyped home school kids being abused and not being introduced to “democratic values, ideas about nondiscrimination and tolerance of other people’s viewpoints.” My kids learned that at home—not at public school.

Note: My friend Jazz Shaw wrote on the same topic at Hot Air. It’s a VIP article, so if you haven’t as of yet, join the VIP program/ I did.  It covers all Town Hall-owned websites. After you join give Jazz’s take on the Harvard homeschooling article,  a read.