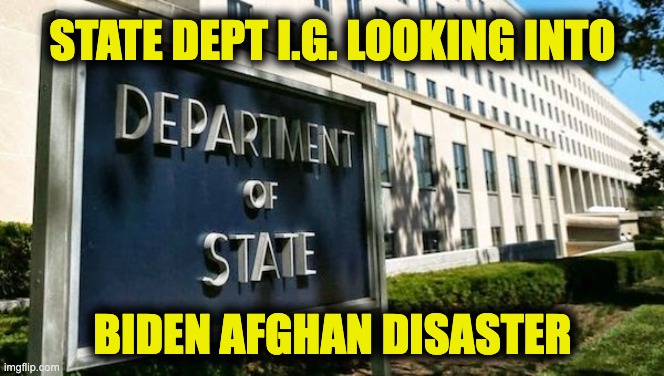 The way in which the American military retreated from Afghanistan was unconscionable, unforgivable, and frankly embarrassing. State Department IG

The Biden administration’s decision to expedite the drawdown of American troops in the region led to utter disaster, speaking plainly, as the Taliban terror organization was able to undo two decades of American work in just over eleven days.  Then, to add insult to injury, the group forced American assets and personnel out of the nation by August 31st, which led to the abandonment of American citizens and our Afghan allies on the ground in Afghanistan, where they have been hunted ever since.

The decision was so poor, in fact, that even Biden’s own State Department Investigator General wants to take a closer look at the mess.

The State Department’s inspector generalis launching a series of investigations into the end of the Biden administration’s diplomatic operations in Afghanistan, according to State Department and congressional officials, as well as documents viewed by POLITICO.

The reviews by the internal watchdogwill focus on the State Department’s Special Immigrant Visa program; Afghans processed for refugee admission into the U.S.; resettlement of those refugees and visa recipients; and the emergency evacuation of the U.S. Embassy in Kabul “to include evacuation of U.S. citizens and Afghan nationals,” according to an Oct. 15 action memorandum to Secretary of State Antony Blinken that was obtained by POLITICO.

And it certainly didn’t appear as though there’d be any whitewashing of the awful incident.

“Given the elevated interest in this work by Congress and the unique circumstances requiring coordination across the Inspector General community, I wanted to notify our committees of jurisdiction of this important work,” Shaw wrote in her letter, which was sent to leaders of the Senate Foreign Relations Committee and House Foreign Affairs Committee, as well as the intelligence committees in both chambers, among others.

The Pentagon’s acting inspector general Sean O’Donnell is conducting three separate investigations related to Afghanistan. One about the botched drone strike in Kabul that killed 10 civilians instead of the terrorist target; a review of DoD’s screening process for displaced Afghans; as well as an audit of DoD support for the relocation of Afghan nationals.

The disastrous Afghan drawdown was yet another catalyst in Biden’s plummeting poll numbers(see chart below) and could very well contribute to the 2022 midterms’ “red wave” that political pundits the nation over are beginning to predict. 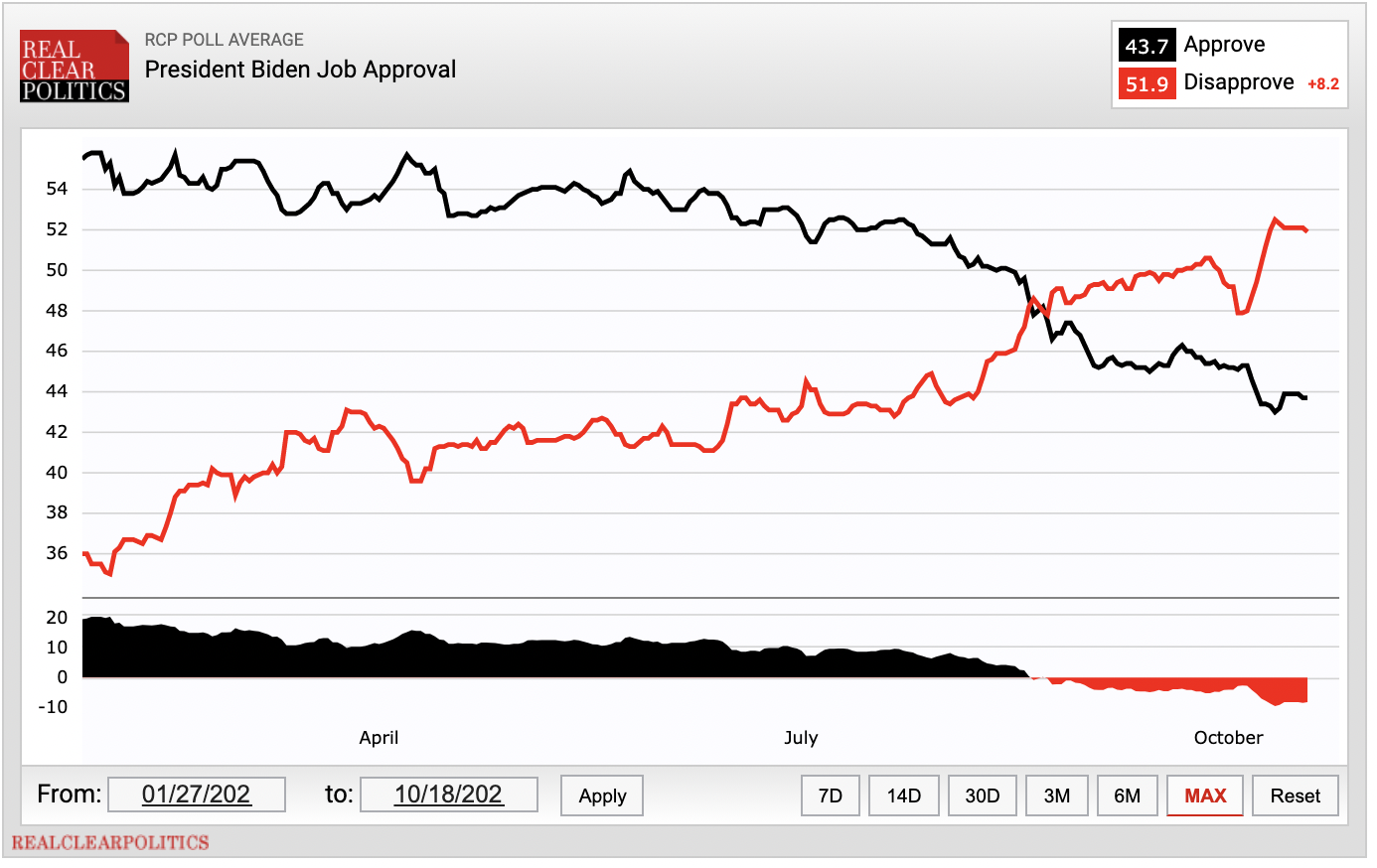