State Dept. Signed Off On Thousands Of Child Bride Requests Since 2007 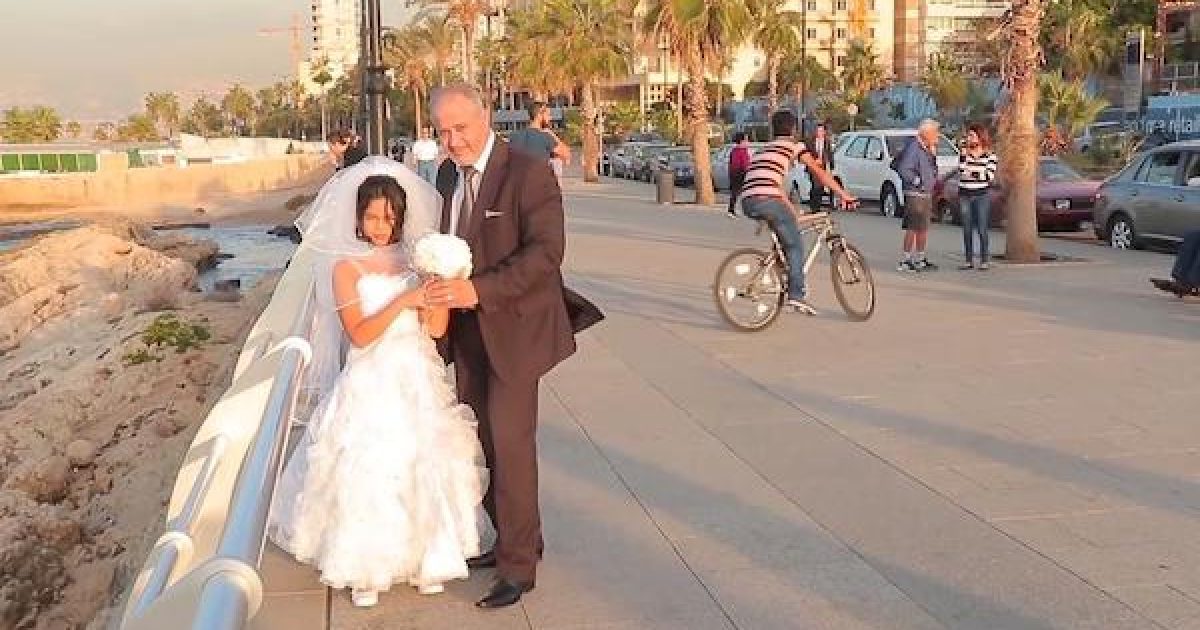 The Senate Homeland Security Committee released a report detailing that thousands of requests by men to bring child or adolescent brides to live in the United States were approved since 2007 (full report embedded below).

Obtaining a visa for a spouse or fiancé involves the approval of two federal government agencies. A petition is first made to the U.S. Citizenship and Immigration Services (“USCIS”). If a petition is filed by or on behalf of a minor, USCIS does not require parental or judicial consent.

Once USCIS approves a petition, the decision to actually issue a visa is made by the State Department. The State Department returns or rejects few spousal or fiancé immigrant visa petitions after they are approved by USCIS. USCIS reported to the Committee: “Between [Fiscal Year (“FY”)] FY 2007 and FY 2017, approximately 2.6 percent of fiancé and spousal petitions [were] returned to USCIS. Of that total, approximately 37 percent [were] revoked.”

Per the report most of the requests came from Mexico, Pakistan, Jordan, the Dominican Republic, and Yemen: 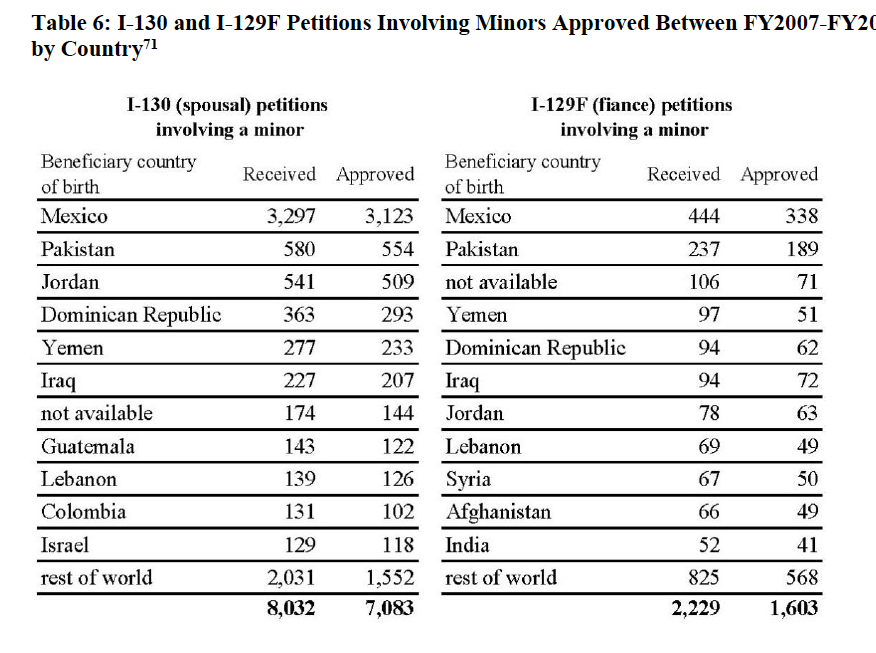 Time passed along this girls story:

Some victims of forced marriage say the lure of a U.S. passport combined with lax U.S. marriage laws are partly fueling the petitions. “My passport ruined my life,” said Naila Amin, a dual citizen from Pakistan who grew up in New York City She was forcibly married at 13 in Pakistan and applied for papers for her 26-year-old husband to come to the country.

“People die to come to America,” she said. “I was a passport to him. They all wanted him here, and that was the way to do it.”

Amin, now 29, said she was betrothed to her first cousin Tariq when she was just 8 and he was 21. The petition was eventually terminated after she ran away. She said the ordeal cost her a childhood. She was in and out of foster care and group homes, and it took a while to get her life on track.

“I was a child. I want to know: Why weren’t any red flags raised? Whoever was processing this application, they don’t look at it? They don’t think?” Amin asked.

The full report is below: