Slow Death Of Labor Unions Is Good For America, Painful For Media And Democrats 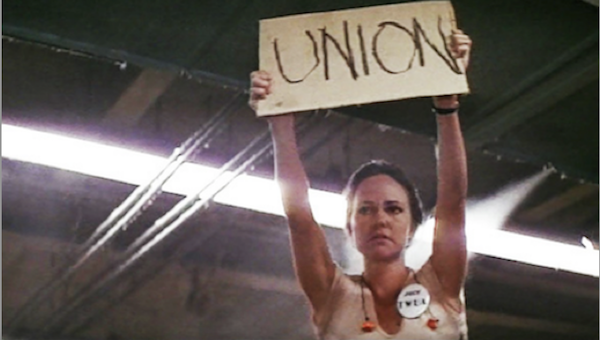 TIME Magazine recently boasted that unions “suddenly have the upper hand”; CNBC claims to witness a surge in organizing, and the New York Times warns of a comeback.

The fulsome reporting is flawed because it uses data showing some workforces are seeking to unionize. Are there recent unionization attempts at progressive companies like Amazon, Apple, Google, and Starbucks? Sure. But attempting to unionize does not mean you are succeeding. Moreover, the employees unionizing in these campaigns are demolished by the hundreds of thousands of workers who increasingly reject organized labor.
d

So, unions are not surging; they’re slowly fading from existence, losing nearly a quarter-million members last year alone. The ongoing collapse is even more startling when we find out it’s not just private sector unions but the vaunted government ones.

When I was a big city schoolteacher, all public sector workers were legally required (forced) to join these unions, even as many of us abhorred then. It was appalling and to my resignation.

Then G-d came down from the heavens and blessed us with the Janus v. AFSCME, where Supreme Court justices ruled in 2018 that no government employee can be forced to pay union fees. A recent U.S. Bureau of Labor Statistics report shows that noble ruling reduced public union workers to only 7 million. That’s still far too many pilfering taxpayer money for left-leaning politics, but also the lowest total in several decades.

Private sector unions are hardly faring better. Consider that the United States population has grown by more than 100 million people during the last half-century, and, remarkably, private sector unions have fewer than half the members they did in 1972.

Since 2010, noble legislatures in Indiana, Kentucky, Michigan, West Virginia, and Wisconsin have enacted right-to-work laws. In these places and others with similar common sense, both public and private sector workers are allowed to choose whether they want to contribute to unions.

With this option, I presume sensible employees will break away from unions’ grasp in the coming years, especially when private sector companies’ collective bargaining agreements conclude.

Meanwhile, more states will implement the Janus decision in the public sector, allowing employees to gather information and liberate themselves from regressive union overlords.

We’ve long heard and read lies about the “resurgence” of labor unions. This likely will continue. But the steady decline in membership shows a runaway train downhill that ain’t stopping. For our legacy media and Democratic operatives declaring unions are “back” is political posturing debunked by data and reality.