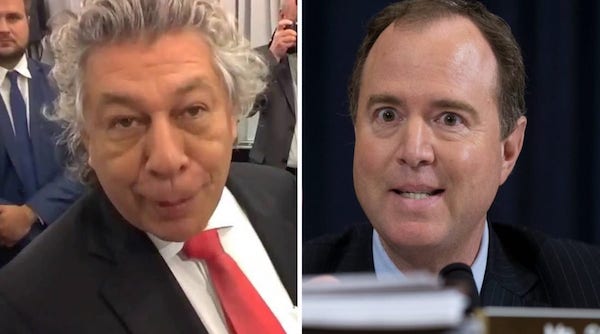 Schiff pushed back hard against Trump inviting Ukraine to look into Ukraine corruption that implicated Americans — could Schiff have connections to some big-ticket corrupt Ukraine officials of his one? Paul Sperry thinks he’s found some.

It was bad enough that he ran totally roughshod over the rights of the accused. Trump was allowed zero opportunity to call witnesses in his own defense. Schiff even buried testimony of the one witness they called that would have (as we are told by those present) helped Trump make his case.

It was bad enough that Schiff was too gutless to take the same responsibility for his handiwork that Kenneth Starr did in sitting under oath and being cross-examined.

And this doesn’t even get into the shenanigans we saw with his team contacting the bogus Whistleblower in advance of the official complaint. Or the fact that Schiff signed off on his staffers to travel to Ukraine BEFORE the infamous phone call ever took place, and the staffer met with many of the principals in his fake Ukraine investigation.

Now we learn that this is just the tip of the iceberg in the connections between Schiff and a wealthy Ukrainian businessman of, let’s call it ‘dubious pedigree’.

Schiff, who has a leading role in Congress’ impeachment inquiry into President Donald Trump, is facing questions about his link to businessman, Igor Pasternak.

Pasternak is the founder of Worldwide Aeros Corp, a manufacturer of airships aimed at both the military and commercial markets.

According to Fox News, Pasternak, who immigrated to American from Ukraine, has also been involved in weapons manufacturing.

Pasternak’s airship company, Worldwide Aeros Corp., is based in Montebello, Calif. The company has won Pentagon contracts to develop airships for surveillance and cargo delivery — including one contract reportedly worth $50 million.

In 2017, Pasternak was quoted in Newsweek talking about his company’s efforts to produce a variant of the M16 rifle in Ukraine. “The M16 project was conceived some time ago, as the Ukrainian armed forces, border guards and National Guard will with time switch to NATO standards,” Pasternak said during a press conference in Kiev at the time.

The reason for the project is that Ukraine wanted to ditch their Russian-made weapons.

The businessman has also hosted fundraisers in Washington, DC, for Schiff.

One such fundraiser occurred on July 18, 2013, at Pasternak’s DC home, according to PoliticalPartyTime.org,  the below was the invitation to the event. 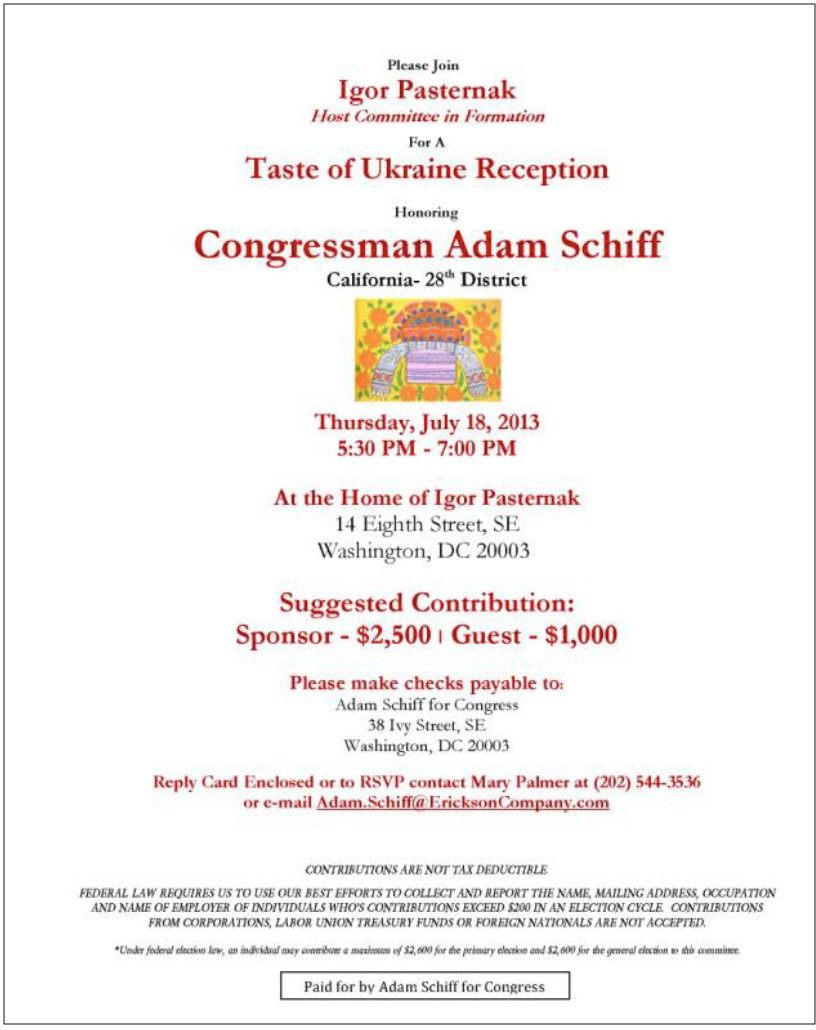 Pasternak stood to make a tidy sum if Democrats could grease the wheels for him in Ukraine. And they did exactly that. The list of  below was created by the Illustrated Primer: 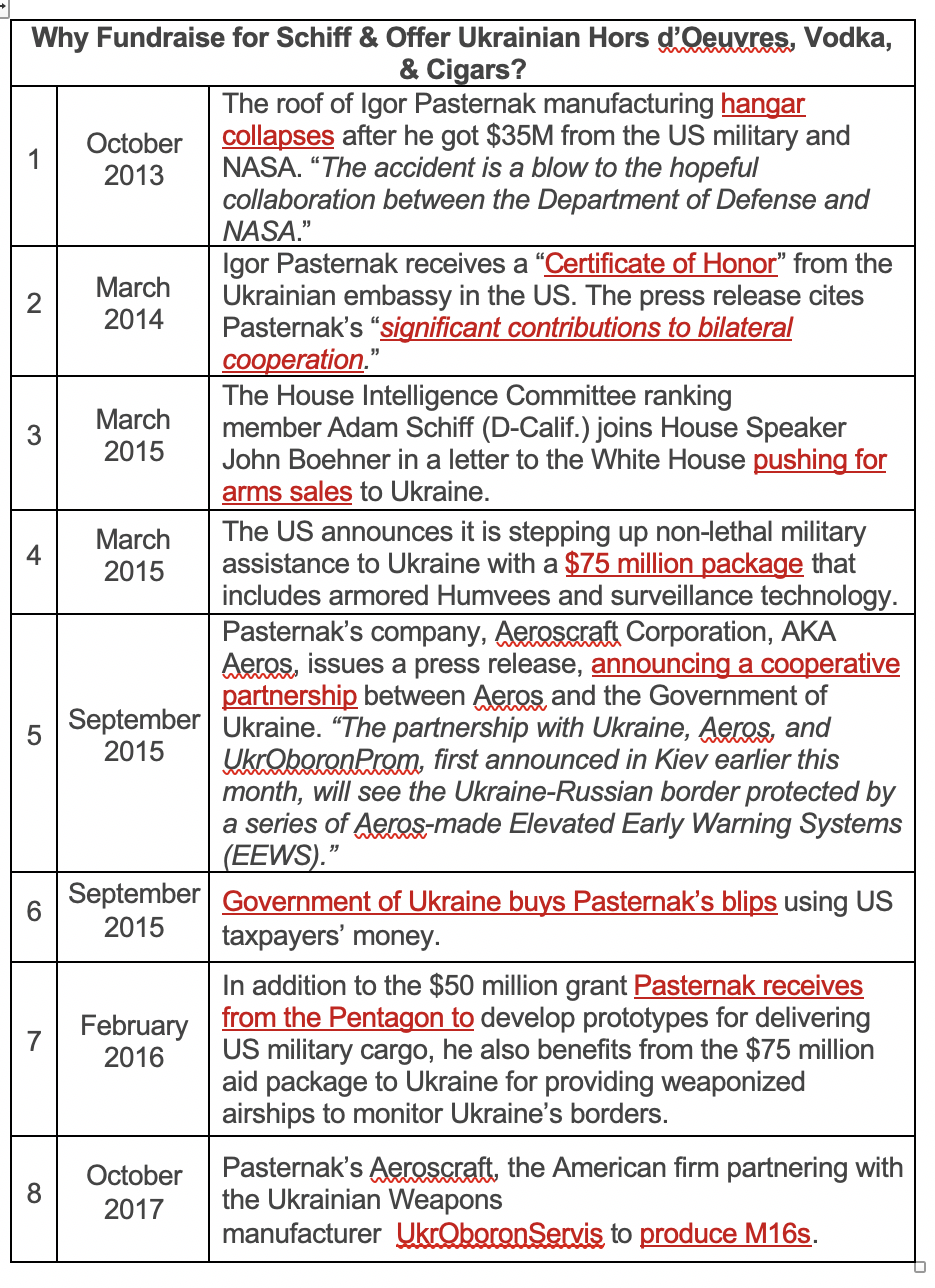