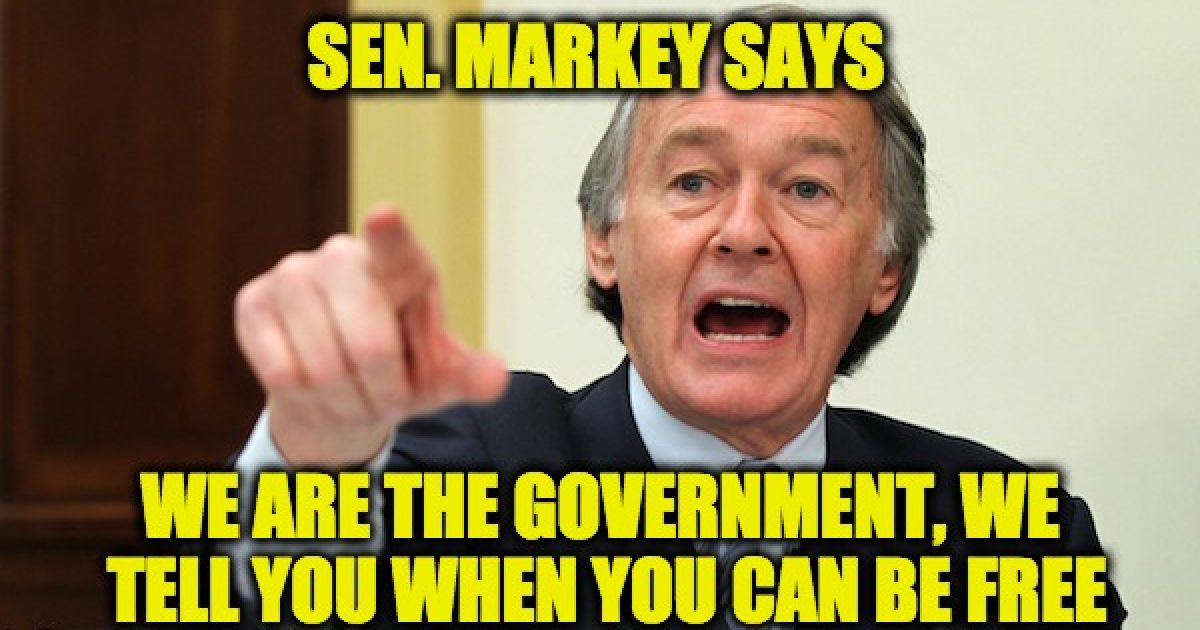 Just when we thought the fight over net neutrality was over…it’s not. A Liberal Senator from Massachusetts has decided that internet freedom, like any other freedom, must be destroyed. Why? Because he’s a liberal. His copy of the Declaration of Independence omits the part about our rights being endowed by our Creator, so he has to stick his grubby hands into everything.

A Senate bill created to undo the net neutrality bill has received enough backing to force a Senate vote. The Federal Communications Commission repealed the internet rule implemented under the Obama administration. However, Democrats are fighting the repeal hard and want it undone.

Sen. Ed Markey (D-Mass.) first filed the resolution in mid-December. If passed, the bill would overturn the FCC’s rollback of net neutrality rules under the Congressional Review Act (CRA) — the same legislative policy Republicans used to roll back Obama-era regulations last year. It would also prohibit the FCC from ever attempting to repeal the rules in the future.

Democrats face an uphill battle to win the bipartisan support necessary for the bill’s success, however. The CRA requires legislators to gather enough support to force a majority vote in the House and Senate. Currently, no Republican legislator has expressed support for the resolution.

Even so, Markey called the bill a “big step toward restoring a free and open internet” and remains hopeful that net neutrality will be restored.

A big step toward restoring a free and open Internet: with the support of @clairecmc, we now have the 30 votes we need to force a vote on my CRA to reverse the repeal of #NetNeutrality! pic.twitter.com/gXtWQmeIJS

Markey said, “We’ve reached the magic number of 30 to secure a vote on the Senate floor, and that number will only continue to climb.”

“Republicans are faced with a choice — be on the right side of history,” he continued, “and stand with the American people who support a free and open internet, or hold hands with special interests who want to control the internet for their own profit.”

After he is done trying to screw up the internet by trying to restore Net Neutrality, Senator Markey promises to legislate what magazine and newspapers we are allowed to bring into the bathroom to read, how many chips each chocolate chip cookie must contain, what we are allowed to see in our dreams, whether a PB and J sandwich uses smooth or chunky, and how many nacho chips one is allowed to eat in a single sitting, all in the name of freedom.