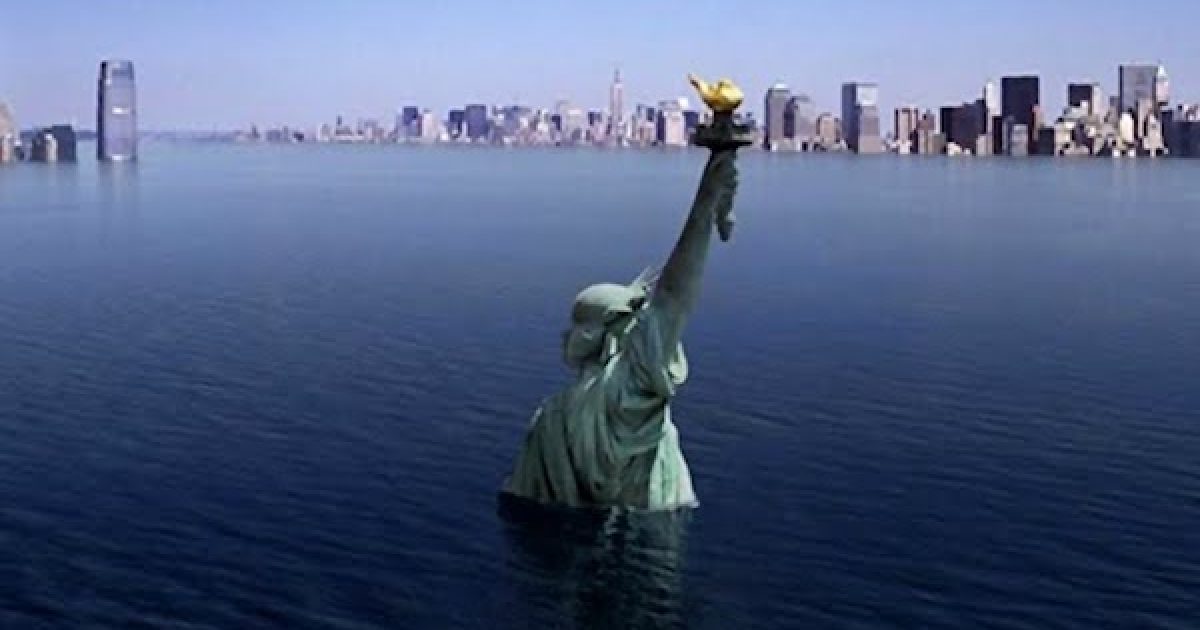 Whenever I see media reports that the U.S. military was behind a climate study, I know to approach it with caution.  It was a favorite messaging tactic of the Obama administration to defense-wash its political themes, presenting them as if the most trusted brand in American public life – the uniformed military – had made those themes a priority, independent of partisan politics. Such is the reports of a “military” paid study about a rising sea-level.

The “Pentagon,” in the sense of the people in uniform operating our armed forces, doesn’t do that.  Its policy priorities are the priorities of the political leadership in the White House.  That’s what “civilian control of the military” means.

It’s a good idea to remember that when you see aggregator headlines like this.

The Washington Post article is about the study entitled “The Impact of Sea-Level Rise and Climate Change on Department of Defense Installations on Atolls in the Pacific Ocean (RC-2334),” on which we carried a separate treatment by Michael Bastasch earlier.  The report was sponsored and funded by the Pentagon’s Strategic Environmental Research and Development Program (SERDP), and was posted in final form in August 2017.  It has been promoted in popular science media since February 2018.

As Bastasch reports, the study, project RC-2334, misinterpreted the significance of a Pentagon study done for separate purposes and published in 2016.

The estimate of sea-level rise on which the study focuses is not – in Michael Bastasch’s words – an actual climate scenario.  It’s a worst-case possibility, posited in a risk-management study.  The title of the 2016 study clarifies that: “Regional Sea Level Scenarios for Coastal Risk Management: Managing the Uncertainty of Future Sea Level Change and Extreme Water Levels for Department of Defense Coastal Sites Worldwide.”

This worst-case scenario was one of several possible scenarios, ranging from best to worst, developed for the 2016 risk-management study.  There were other studies cited, in the discussion of the less-scary, more probable scenarios, that predicted much less catastrophic rises in sea level.

Project RC-2334 chose to use the worst-case possibility from the risk-management study for its work, instead of the most-likely possibility.

In other words, the “scary” part was baked into the study’s final report, by the choice of what kind of estimate to focus on.

Interestingly, you can go all through the Washington Post article aggregated above and not find that out.

You can also go all through the WaPo article and not learn that the study in question was commissioned in 2013 during the Obama administration.*  The field work for it – terrestrial lidar scanning of the Roi-Namur Island complex in the Marshall Islands – was done from late 2013 to early 2015, and in fact, was published on in 2015 by participants.

This would tend to reduce the apparent scientific neutrality or independence of project RC-2334’s choice of baseline assumptions.

It also seems a bit odd that WaPo quotes a former DOD official, John Conger, on the “scary” implications of the RC-2334 findings, but doesn’t make clear that Conger’s Pentagon office – in which he worked with increasing levels of responsibility from 2009 to 2015 – was the one that approved and secured funding for both project RC-2334 and the 2016 risk-management study.

There’s nothing nefarious about that, but when an expert source gives a shocked-face reaction, it would be usual to disclose that his office at the Pentagon is the one that sponsored and funded the study to begin with.

He called the new study “a little bit jarring.”

“They are going to have to make some operational decisions,” Conger said. “This is sort of the front lines of sea-level rise and climate change. It’s not that the entire island is going underwater — it’s that you don’t have drinking water. It’s going to wreck the aquifer.”

Final note.  In case you need persuading that the Pentagon commissioned this study because of the Obama administration’s priorities, consider a Congressional Research Service report from 2015, which summarized what the executive agencies were doing to comply with Obama’s Executive Order 13514 (2009), Federal Leadership in Environmental, Energy, and Economic Performance, and 13653 (2013), Preparing the United States for the Impacts of Climate Change.  The report listed SERDP project RC-2334 as a DOD effort in response to the Obama executive orders. (See p. 60 of the PDF.)

It’s another oddity that the name of the coordinator for the CRS report is redacted.  It is not obvious what the reason for that would be.

* Interestingly, the fact-page on the study (RC-2334) doesn’t mention when it was commissioned or begun.  The government documentation form replicated in the final report PDF – the SF 298 – also lacks the normal entry for the date information.  It isn’t clear why this would be, but maybe because the study incorporates 2013-15 field work done as part of project RC-2334, but reaches conclusions based on work from other sources done prior to 2008, and funneled into the RC-2334 conclusion matrix by the 2016 risk-management study.  In other words, it’s perhaps not scientifically coherent enough to put dates that have a single, unified meaning on.

If you work your way to the lists of Active and Completed Projects at SERDP’s Resource Conservation and Resiliency Program Area, and sort the projects and see when others in the 23xx neighborhood were started, you can derive the start time of project RC-2334.  It would have been in early 2013, based on the others with the surrounding project numbers.