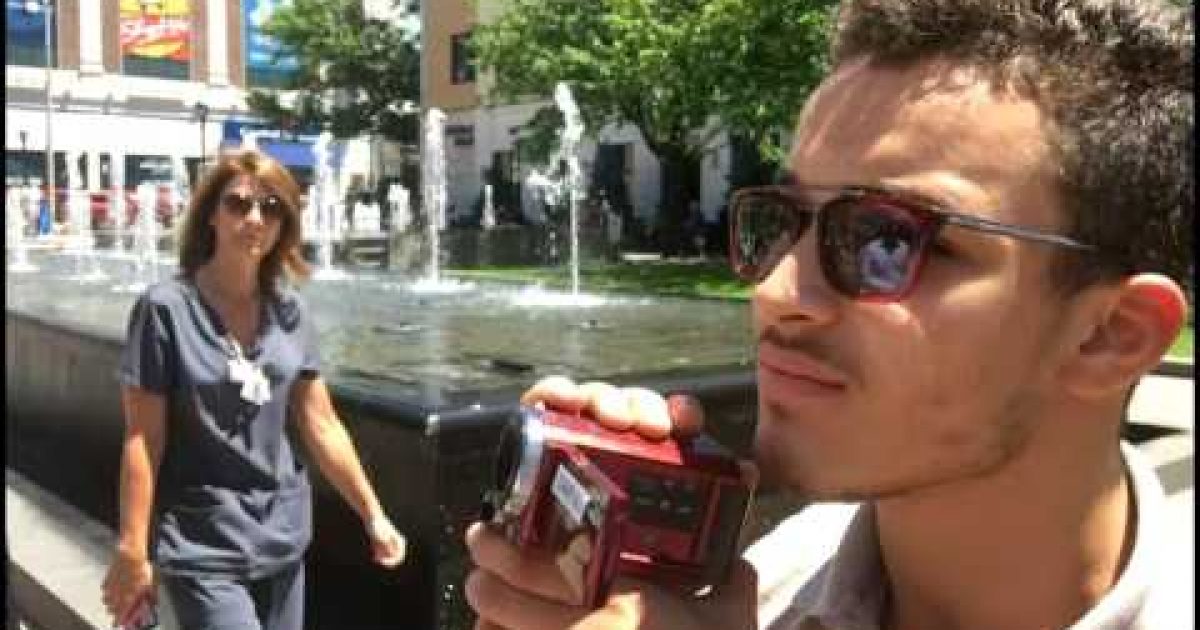 They say politics is a dirty business.  Sure.  But even the mafia has a code.  Apparently, for the Congressman of NY’s 18th District, Democrat Sean Patrick Maloney , there is no low that he will not sink to, no modicum of decency that he will adhere to while he attempts to ruthlessly hold onto his position.

In an incident that recently came to light and made national news, Sean Patrick Maloney had sent one of his henchmen to stalk his opponent’s wife.

His opponent being Republican Phil Oliva .

The stalker, Yougourthen Ayouni, not only tried catfishing Jessica Oliva online via her health and wellness site for mothers FitMama4Life and her blog Jessicaoliva.com but went so far as to show up at the Oliva residence while Phil was out and literally peep through the windows with video camera in hand.

Who knows how many times this perverted operative of the Democratic party did this but he was eventually caught by Jessica who relayed her fear to the NYPost:

“He was hunched over looking inside.  I’m always breast-feeding. It’s scary. Do we have to have a police officer stationed outside our house?”

What was Ayouni looking to find out about Murphy’s opponent when he purposely waited until that opponent was out of the house and the only people left there was his attractive wife and three young children?  Why did he have a video camera with him at the time? What other kind of dirty tricks and outright scumbag moves will Sean Patrick Maloney pull in order to keep his power?

Ayouni “tracked” the candidate while Oliva was on his lunch break and started to ask him questions.  Oliva in turn had a friend video Ayouni while they both asked a series of their own questions.  Here is a photo, Oliva is on the left:

In the following video you see first hand Ayouni lie about a number of things, who he works for, has he ever contacted Oliva’s wife, what his real name is (he uses the alias Jonathan Aelius Zheglov) etc.

But as the video continues he slowly begins to trip up on his own lies and confesses more and more of the underhanded and shady actions that Sean Patrick Maloney had him due while on the payroll.

On tape Ayouni goes from “I didn’t contact your wife” to “I contacted the comapany she runs.”

But in truth, using his alias he wrote this to her directly onlinw: “I came across your account and would love to join you on this webinar!”

And what about the part where he said he didn’t go to the house, he just drove on the road that the house was on?   WHAT!?!?!?!  What kind of crazy double talk is that.

The police aren’t buying it.  If Ayouni comes near the Oliva house again he will be arrested.

But since Sean Patrick Maloney and the Democratic Party underestimated the tenacity of Phil Oliva they didn’t expect their paid stalker to be so thoroughly exposed and have thus run as far and as fast away from Ayouni as possible.  Once the methods on how Maloney and the Democrats operate in New York came to light Ayouni was fired.

Yet it wasn’t a revelation to Ayouni’s benefactors as to what he was doing.  I mean, they were paying him and no doubt he gave them details about how he spent his day and what he videotaped.

And to that end Phil Oliva told Breitbart News Monday he is demanding that Democrats hand over any video footage taken of Oliva’s wife and children by Yougourthen Ayouni, a male underwear model they hired to be a “tracker” assigned to the campaign of Rep. Sean P. Maloney (D.-N.Y.).

Furthermore Oliva is demanding an apology from Maloney but not for himself:

“Given Maloney’s level of political sophistication and his experience working as a Wall Street attorney, in the Clinton White House and as a senior staffer for New York Gov. Elliot Spitzer, there is no way the congressman did not know about a Democratic operative working in his district to stalk and harass a political opponent.”

“She is scared. She has a 4-year-old, 2-year- old and 4-month-old at home. It becomes a very vulnerable situation.”

It’s hard to stomach politics on the best of days but this slimy, underhanded and heavy handed intimidation tactics being taken by Sean Patrick Maloney go beyond the pale.

As such, I hope that for all those who are able, regardless of where they may live, might consider donating to the Oliva campaign and help my brother kick Sean Patrick Maloney and his nefarious practices and gun control support out of Washington and replace him with a pro gun, pro values man like Phil Oliva.

If you are able, please donate to the Oliva campaign and help a good man get to Washington.  We’ve had enough Sean Patrick Maloneys.

To learn more about Phil you can go to his campain website: Oliva for Congress

And I can say unequivocally that Phil Oliva is a staunch supporter of the 2nd Amendment and Bullets First would not endorse him so adamantly if he weren’t…regardless of his last name.