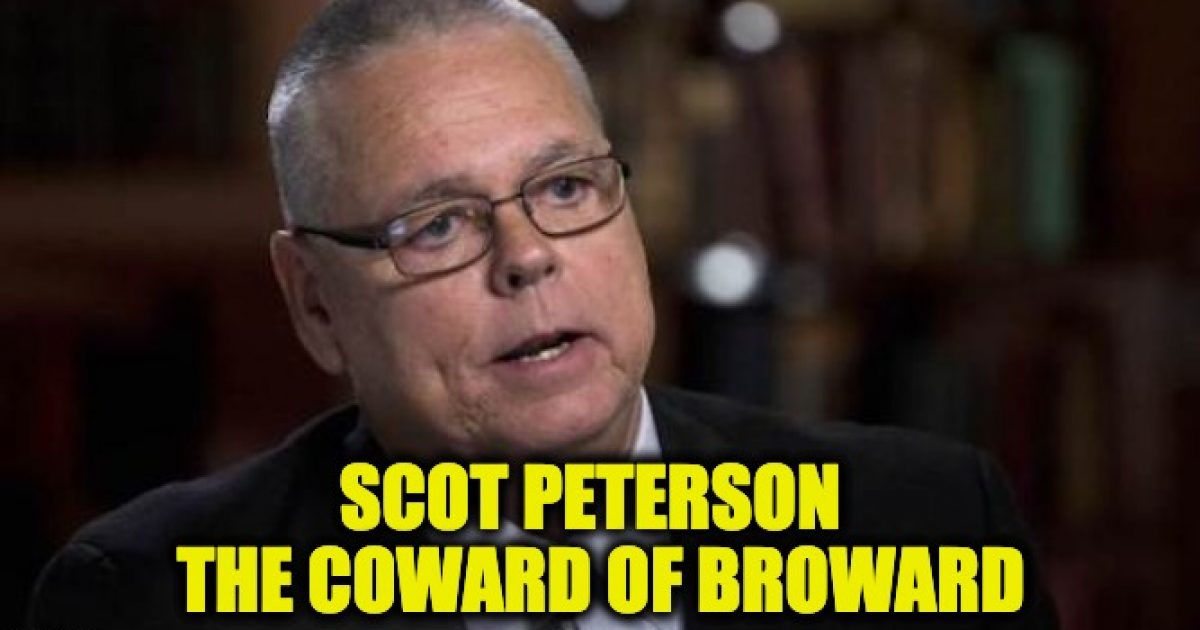 The disgraced school resource officer, Scot Peterson who refused to enter Marjory Stoneman Douglas High School during last year’s horrible shooting has been arrested and fired because of his inaction during the February 2018 massacre. Peterson has been booked into the Broward Main Jail on 11 criminal charges, including child neglect, culpable negligence, and perjury.

Broward County Sheriff Gregory Tony announced Tuesday that officer who was at Marjory Stoneman Douglas High School on the day of the school massacre has been arrested and fired for neglect of duty. Not surprisingly, Peterson found to have neglected his duties at MSD High School,”

Sheriff Tony said in a statement:

Following an investigation by FDLE, former Broward Sheriff’s Deputy Scot Peterson, 56, was arrested in Broward County today on seven counts of neglect of a child and three counts of culpable negligence and one count of perjury. The arrest comes after a 15-month investigation into the actions of law enforcement following the Marjory Stoneman Douglas High School shooting.

“The FDLE investigation shows former Deputy Peterson did absolutely nothing to mitigate the MSD shooting that killed 17 children, teachers and staff and injured 17 others,” said FDLE Commissioner Rick Swearingen. “There can be no excuse for his complete inaction and no question that his inaction cost lives.”

“I was pleased the Florida Department of Law Enforcement in conjunction with the State Attorney’s Office conducted a thorough investigation that yielded the arrest of Scot Peterson.  All the facts related to Mr. Peterson’s failure to act during the MSD massacre clearly warranted both termination of employment and criminal charges.  It’s never too late for accountability and justice,” Sheriff Gregory Tony said.

Peterson was the school resource officer at MSD High School during the school shooting. The investigation shows Peterson refused to investigate the source of gunshots, retreated during the active shooting while victims were being shot and directed other law enforcement who arrived on scene to remain 500 feet away from the building.

During the investigation, FDLE agents interviewed 184 witnesses, reviewed countless hours of video surveillance, and wrote 212 investigative reports totaling over 800 hours on the case to determine the actions of law enforcement as they responded to the February 14, 2018 school shooting.  FDLE agents received the full cooperation and assistance from the Broward County Sheriff’s Office, Coral Springs Police Department and all other agencies that responded to the school shooting.

Peterson was arrested at the Broward Sheriff’s Office headquarters and booked into the Broward County Main Jail. The Broward State Attorney’s Office, 17th Judicial Circuit will prosecute the case.

Peterson was arrested Tuesday afternoon after an administrative discipline hearing at the sheriff’s office headquarters on Broward Boulevard in Fort Lauderdale. If convicted as charged, Peterson could face a maximum of nearly 97 years in state prison. His bond has been set at $102,000. 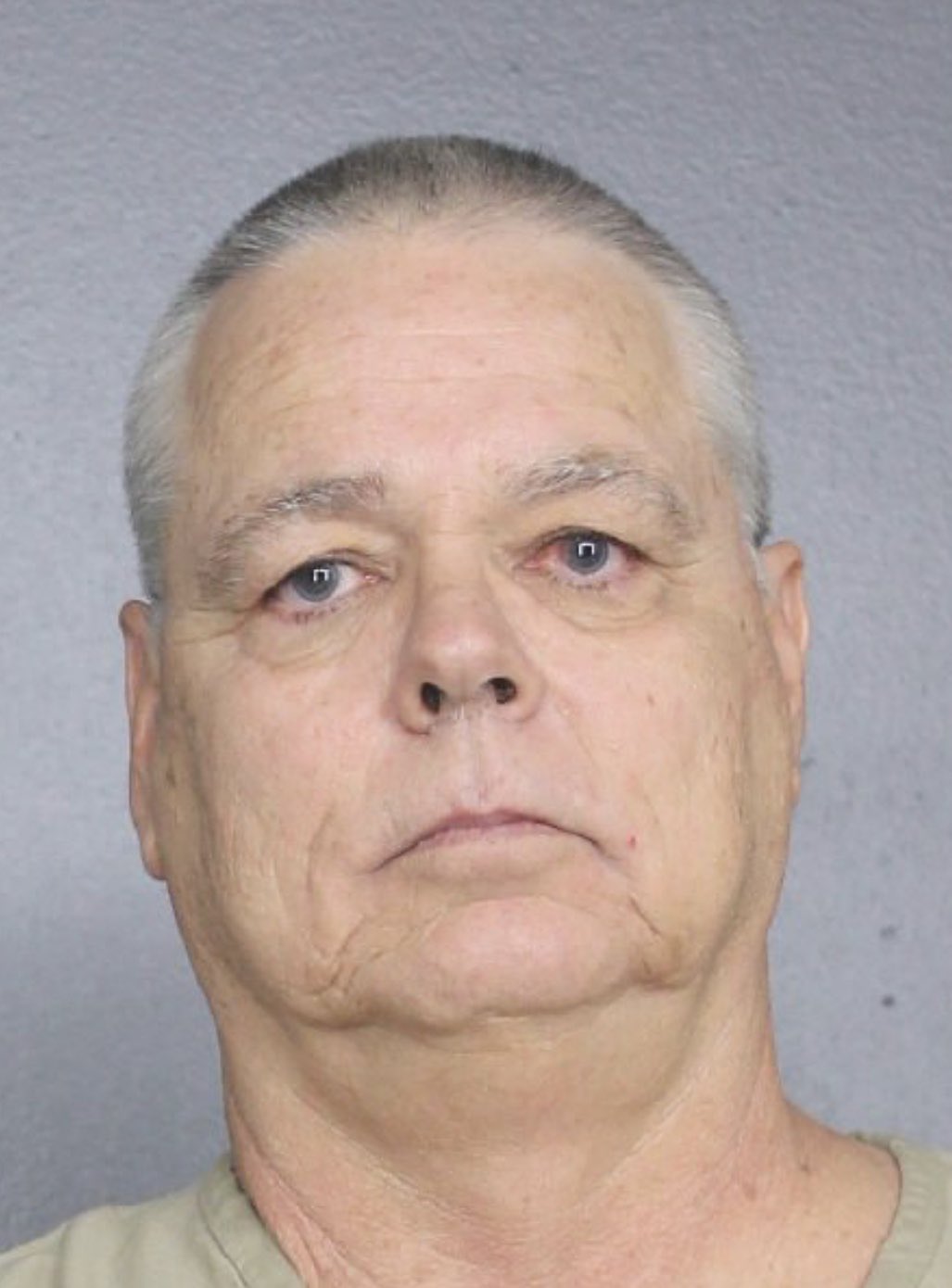 The Sun Sentinel spoke to some of the victim’s parents:

“He should rot, that’s how I feel,” said Fred Guttenberg, whose 14-year-old daughter Jaime was killed in the massacre. “My daughter was one of the last to be shot. My daughter absolutely could have been saved by him and she wasn’t … I’m pleased an effort is being made for justice here.”

His daughter Jamie was shot in the back, piercing her spinal cord as she was running away from the shooter.

“Had she had one more second she would have been saved,” Guttenberg said. “She was turning into the stairwell. I hope they make his life as miserable as possible.”

Also on the third floor was geography teacher and cross-country coach Scott Beigel.

“If Scot Peterson had done his job my son would be alive today,” said Linda Schulman. “One-hundred-percent had he done something the active shooter would not have made it to the third floor, had he done his job, instead of standing outside like a coward. Had he done his job we wouldn‘t be having this conversation.”

“It’s been a long time coming,” said Andrew Pollack, whose daughter Meadow, 18, was killed. “Accountability is all I wanted, and now it looks like it’s happening.”

“He needs to go to jail and he needs to serve a lifetime in prison for not going in that day and taking down the threat that led to the death of our loved ones,” said Lori Alhadeff, whose daughter, Alyssa, 14, also died that day. “It was his duty to go into that building and to engage the threat and he froze and he did nothing.”

Thanks to his cowardice, Scot Peterson helped a murderer commit a horrible massacre. He deserves to go to prison.