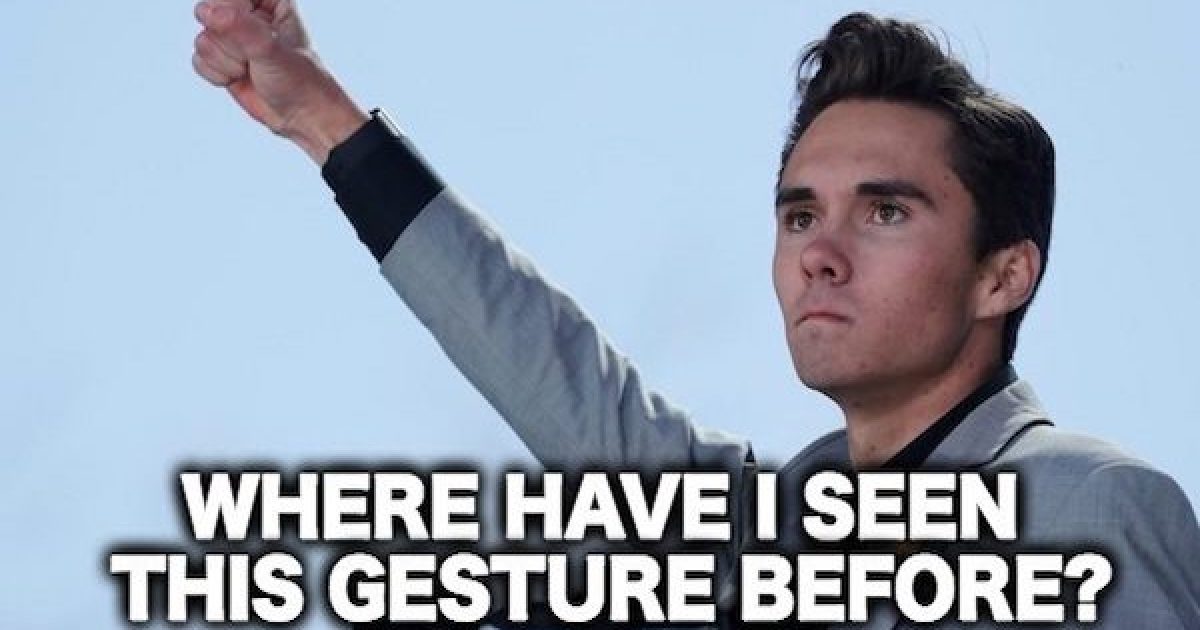 A Twitter response from his personal account to a gun control message from anti-gun activist David Hogg has earned a paid leave for a Missouri school principal.

The Daily Caller and WGHP News identified the school principal as Dr. Chad Searcey. He responded to Hogg’s tweet by sending back images of himself holding a semi-auto modern sporting rifle and his sons shooting handguns, with the word “#Merica” over his image. The exchange reportedly occurred Tuesday.

Join @AMarch4OurLives and @bradybuzz in the #WeNeedtoKnow campaign to get Congress to fund gun violence research.

Record your own video explaining why we need to find gun violence research and tag your congressman and senators with #WeNeedtoKnow https://t.co/ynkGEYUh0q

Hogg became a celebrity anti-gun activist after living through the horrible 2018 Valentine’s Day shooting at Marjory Stoneman Douglas High School in Parkland, Fla.  He exploited his fame by advocating for other liberal issues such as illegal immigration for example. 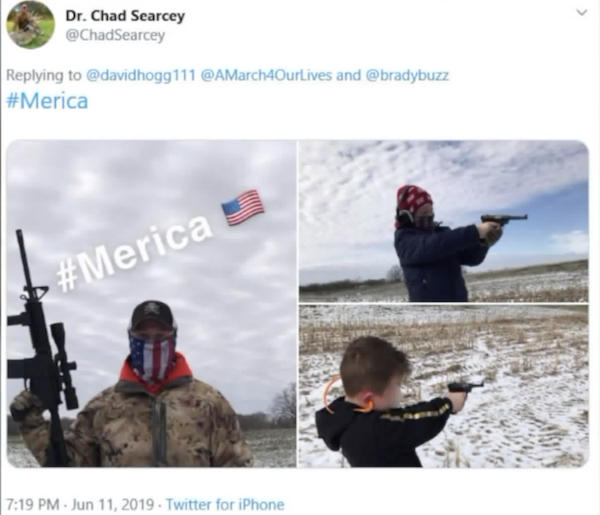 Searcey reportedly deleted his message and apologized, but by then, Hogg had sent it out with the message, “Cool guns, you know what’s more cool? Mom’s (sic) and dads getting to see their kids graduate high school alive. Kids not having to step over bloodstained sidewalks on their way to school. Parents not coming home to find their child with a self-inflicted gun shot (sic) wound.”

Mom's and dads getting to see their kids graduate high school alive.

Kids not having to step over bloodstained sidewalks on their way to school.

Parents not coming home to find their child with a self inflicted gun shot wound. https://t.co/lPxJSBUejN

Not mentioned is the fact that since he has become an anti-gun activist Hogg, has made false accusations, and lied and exaggerated gun stats to get his point’s across.

The Platte County school district issued a statement that did not name Searcey.

“On June 11, 2019, a school district employee posted a tweet in response to a comment encouraging Congress to fund research on gun violence. The post was made from the employee’s personal Twitter account. Posts from employee personal social media accounts do not reflect the views or opinions of the Platte County R-3 School District.

“The District learned of the tweet on June 12, 2019, and immediately placed the employee on paid, administrative leave while we investigate the situation. We understand why the public response has been strong with regard to student safety in our nation’s schools. We intend to address the situation immediately and in a manner consistent with our Board of Education policies, as well as our goal of ensuring a safe and caring environment for our students, staff, and community.

“Due to the confidentiality of personnel matters, this is all we can share at this time.”

I re-read the Bill of Rights I couldn’t find where it said that the first amendment does not apply to school principals, even when they use their own Twitter account. Dr. Searcey was not advocating for illegal activity and should not be punished for his opinion.