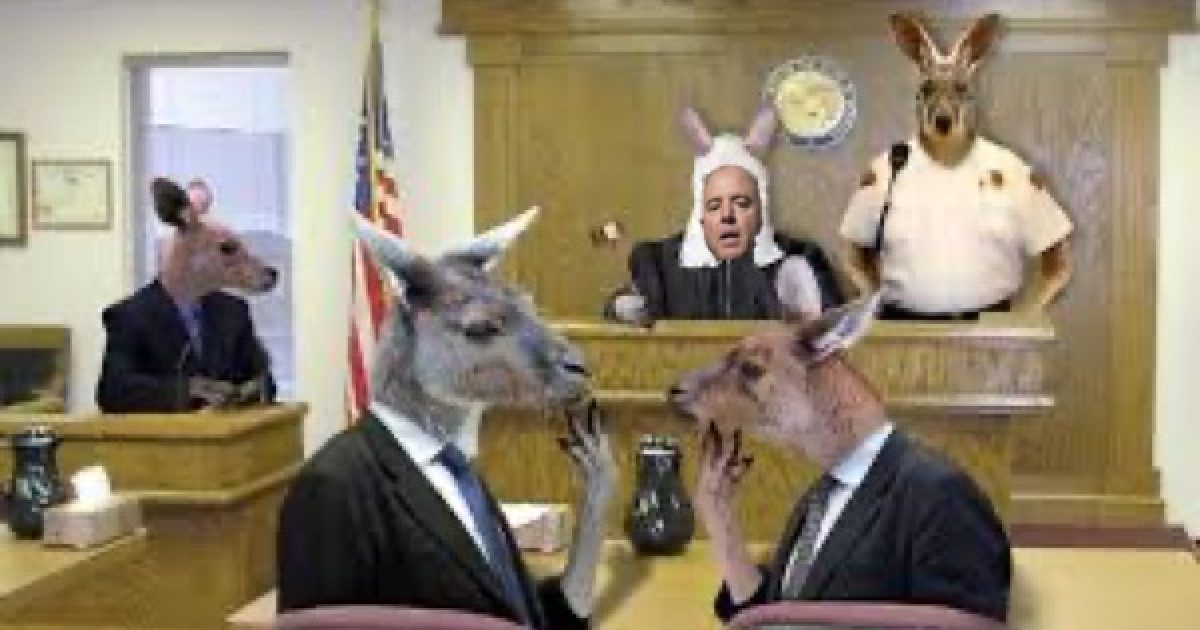 Whether or not one believes that the contents of President Trump’s phone call with the Ukrainian President is an impeachable offense, Americans who believe in equal just for all should be embarrassed about Adam Schiff’s Kangaroo Court. It’s not the way we are supposed to search for truth and justice in this country.

Out of the seven, two resigned before they the Senate trial (one was Pres. Nixon), four were convicted and thrown out of office ( believe it or not, one was a Judge named Nixon), and one, Bubba Clinton was acquitted. You might have heard of one of the Judges tossed from the bench Alcee Hastings (D-FL) who was ousted for bribery in 1989, has been in Congress for 26 of the years since 1993.

An unstated constitutional reason for an official vote is that the House is supposed to be the one branch of government beholden to the will of the people of the country. The Senate was initially designed to represent the state governments. Until the 17th Amendment was passed in 1913, state legislatures appointed Senators. And the president was chosen by electors. Per the framers, no member of Congress should vote for impeachment unless it is desired by the people in their district.  One of the reasons Pelosi is refusing an official vote is to protect members of the Democratic Caucus from being influenced by their constituents.

Another issue with the way this particular impeachment has been run is the secrecy. Both recent presidential impeachment investigations, both Clinton and Nixon, were held in public.

Except for an initial open hearing, The Democrats have so far conducted their impeachment investigation entirely behind closed doors. They have refused to release transcripts of their depositions, either to the public or other lawmakers.

At that one public hearing, Adam Schiff lied about what the already released phone call transcript said. On national TV he claimed the Trump/Ukraine conversation included:

“This is the essence of what the president communicates,” Schiff said. “We’ve been very good to your country. Very good. No other country has done as much as we have. But you know what? I don’t see much reciprocity here. I hear what you want. I have a favor I want from YOU, though. And I’m going to say this only seven times, so you better listen good. I want you to make up dirt on my political opponent, understand? Lots of it,” he added.

“On this and on that. I’m gonna put you in touch with people and not just any people,” he said while trying to sound like Trump. “I’m going to put you with the attorney general of the United States, my attorney general Bill Barr. He’s got the whole weight of the American law enforcement behind him.”

After he was attacked for the lie, the Congressman said it was just a parody. But there is now a movement in the House to censure Schiff for making up that dialog and broadcasting it to America. Last I checked the resolution of censure had 173 co-sponsors.

Committee Chairman Adam Schiff (D-CA) says he is enforcing the committee omerta so he can run the proceedings like a grand jury. But grand jury secrecy sacrosanct. Parts of Schiff’s proceedings are leaking out. Most of these leaks are cherry-picked by the Democrats on the committee and are unfavorable to the President. Therefore, the Democrats are getting to influence public opinion by smearing the President with virtually no rebuttal.

Impeaching the President has been a goal of Schiff’s since the beginning. Before the Mueller report was issued, he repeatedly and falsely claimed there was ‘more than circumstantial evidence ‘Trump colluded with Russia. No one told Bob Mueller because his document reported that nobody, not Trump, not his campaign, not anybody in America colluded with Russia. So when the Mueller report proved him wrong, Schiff needed to find something else to help him overturn the election.

In the interim, Adam Schiff tried to collude with Russia in a unique way. In February 2018, the lawmaker was caught on tape by Russians Vladimir Kyzetsov and Alexei Stolyarov in 2018. The pranksters, posing as a Ukrainian member of Parliament, Andriy Parubiy, promised Schiff dirt on President Trump, including some naked photos. It can easily be determined by the audio of the phone call below, that Schiff took it very seriously, even arranging for staff to collect the “classified” material.

Now it is a possibility that Schiff only fell for the hoax because he had a strong desire to see the POTUS naked, but I don’t think so.

As for the Ukraine mess, the entire thing smelled of a set up from the beginning. After reading the whistleblower’s report, William Jacobson, who is a Clinical Professor of Law and Director of the Securities Law Clinic at Cornell Law School and runs the website Legal Insurrection wrote:

“When the so-called Whistleblower Complaint was released this morning, my first impression was that this was a very professionally-done document, likely crafted by a lawyer.”

“(…)The document does not at all read like we would expect a whistleblower complaint to read — alerting the appropriate authority to facts the whistleblower has learned and leaving the legal conclusions to those authorities.”

Many others had the same opinion.

Also documented is at around the same time the whistleblower was filing his/her/its report, Adam Schiff sent his staffer Thomas Eager to Ukraine on a trip paid for by the Atlantic Council Eurasia Congressional Fellowship. The Congressional Fellowship sponsored by Burisma is the energy firm that hired Hunter Biden, leading to the present Ukraine mess.

An interesting fact about the Atlantic Council is that one of their employees is the co-founder of Crowdstrike. That’s the company hired by the DNC to examine their server after it was hacked. Neither the FBI or any other law enforcement agency has ever examined the server –to this day. It was Crowdstrike who told the FBI that it was the Russians who hacked the server.

Once in Ukraine, we know that Eagar met with the country’s former President, who has strong Obama ties and fired the prosecutor per Joe Biden’s instructions.

He also met with the acting U.S. Ambassador to Ukraine Bill Taylor, who last week was a witness in Schiff’s impeachment hearings.

The trip and the meetings were not illegal, but the fact that Schiff kept them secret and the people who Eagar met with raises the possibility that this entire mess has been a set up from the start.

Volker denied that was the case, noting that Ukrainian leaders did not even know the aid was being withheld and that they believed their relationship with the U.S. was moving along satisfactorily, without them having done anything Trump mentioned in his notorious July 25 phone conversation with Ukrainian President Volodymyr Zelensky.

When Volker repeatedly declined to agree to Schiff’s characterization of events, Schiff said, “Ambassador, you’re making this much more complicated than it has to be.”

“You’re making this much more complicated than it has to be.” Really??

Oh boy that Adam Schiff has a flair for the dramatic. I think I heard that particular line in a few of the James Bond movies— just before the bad guy tried to kill 007.  Gee, I wonder if Volker said, “are you trying to get me to talk?” Only to have Schiff answer, “No, Mr. Bond, I am trying to get you to die.”

Folks no matter what you think of the Trump/Ukraine phone call, this investigation is being run like a kangaroo court. The Byron York revelation reveals why Nancy Pelosi’s hand-picked executioner, Adam Schiff refuses to release the testimony transcripts.  If released, the transcripts would only make the Democrats look bad and hurt their attempts to remove this President from office. Schiff says he will only release them when “it will not jeopardize” the investigation. In other words, when he has sold his lies to the American people.

This hanging court is a sad time for America because it is not a search for the truth, it’s a kangaroo court. One party lead by an anti-Trump zealot is trying to overturn an election for no other reason than they don’t like the person who won. And while they are screwing around, none of the policies America really needs are getting debated or enacted into law. Americans should be embarrassed that they voted for any of them.