Rep. Schiff (D-CA) Tried To Get Kurt Volker To Lie About Trump/Ukraine 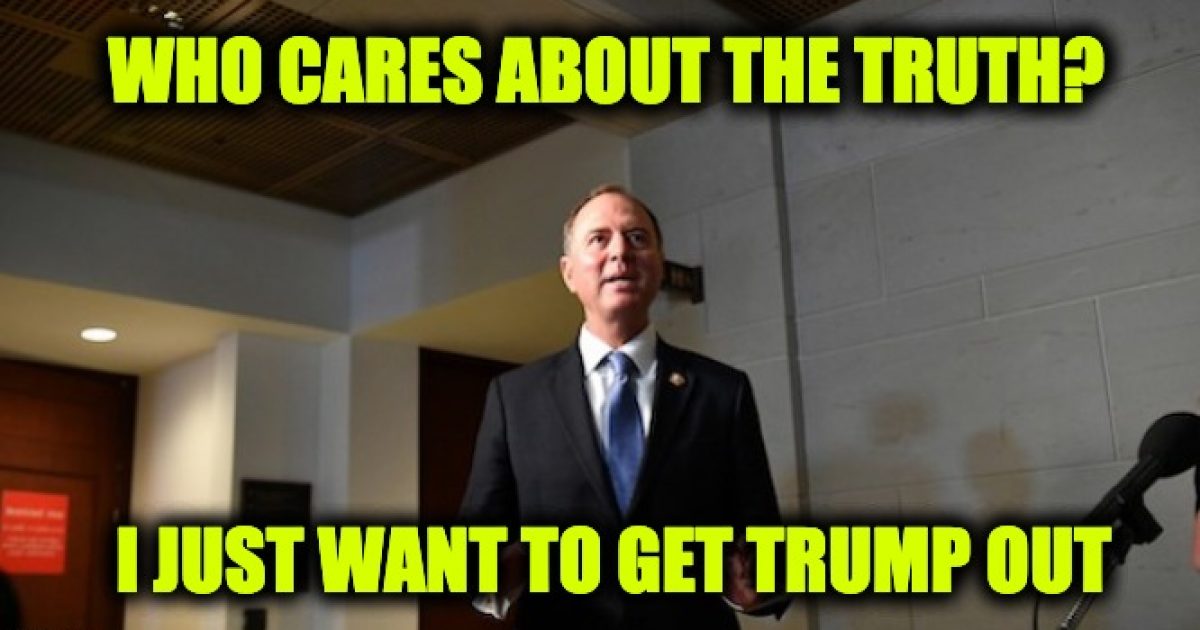 Volker denied that was the case, noting that Ukrainian leaders did not even know the aid was being withheld and that they believed their relationship with the U.S. was moving along satisfactorily, without them having done anything Trump mentioned in his notorious July 25 phone conversation with Ukrainian President Volodymyr Zelensky.

When Volker repeatedly declined to agree to Schiff’s characterization of events, Schiff said, “Ambassador, you’re making this much more complicated than it has to be.”

Wow, that sounds like a line out of the Godfather.  Making it much more complicated?  Did he follow up with “leave the gun but take the cannolis?”

Ignoring the phone call transcript and statements from Ukraine president Zelensky, Schiff and the Democrats are trying to prove that President Trump used the threat of withholding military aid to force Ukraine to investigate the Bidens.

“[The Ukrainians] didn’t want to be drawn into investigating a Democratic candidate for president, which would mean only peril for Ukraine, is that fair to say?” Schiff asked Volker.

“That may be true,” Volker said. “That may be true. They didn’t express that to me, and, of course, I didn’t know that was the context at the time.” (Volker has said he did not know that Trump had mentioned the Bidens on the July 25 call with Zelensky until the rough transcript of the call was released on Sept. 25.)

Shiff pushed Volker to agree with his version of the military aid holdup:

Schiff wanted Volker to agree that “if it’s inappropriate for a president to seek foreign help in a U.S. election, it would be doubly so if a president was doing that at a time when the United States was withholding military support from the country.”

Again, Volker did not agree. “I can’t really speak to that,” he said. “My understanding of the security assistance issue is — ”

Schiff interrupted. “Why can’t you speak to that, ambassador? You’re a career diplomat. You can understand the enormous leverage that a president would have while withholding military support from an ally at war with Russia. You can understand just how significant that would be, correct?”

Perhaps he didn’t agree with it because Adam Schiff-ty was trying to get Volker to say something that didn’t happen. Schiff began to berate the witness, proving he doesn’t care about the truth, He is only trying to find a way to overturn the 2016 election.

Schiff persisted. “And when that suspension of aid became known to that country, to Ukraine, it would be all the more weighty to consider what the president had asked of them, wouldn’t it?”

“They became aware of it,” Schiff said.

“They became aware later, but I don’t believe they were aware at the time, so there was no leverage implied,” Volker said.

“Ambassador, I find it remarkable as a career diplomat that you have difficulty acknowledging that when Ukraine learned that their aid had been suspended for unknown reasons, that this wouldn’t add additional urgency to a request by the president of the United States. I find that remarkable.”

Folks this is more proof that this entire Ukraine thing is a witch hunt. It also explains why Nancy Pelosi’s hand-picked executioner refuses to release the transcript of this and other interviews. The transcripts would simply make the  Democrats look bad and hurt their attempts to remove this president from office. Schiff says he will only release them when “it will not jeopardize” the investigation. In other words, when he has sold his lies to the American people.