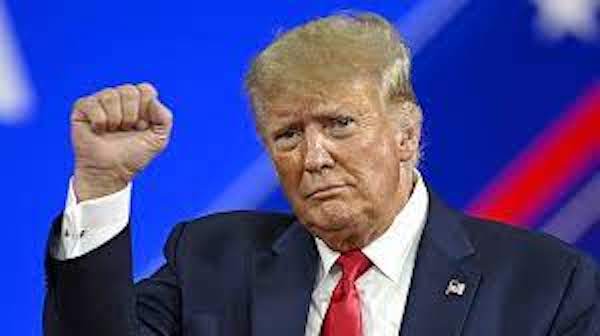 Just as the left was preparing yet another round of propaganda aimed at tarnishing Donald Trump’s political brand, the DOJ released a relatively powerful new memo, shedding light on their decision not to prosecute the former President at the end of the RussiaGate ruse.

Pundits on the left have been feverishly attempting to suggest that Trump’s storage of government documents at Mar-a-Lago was a part of some outlandish scheme to sell information to foreign adversaries. This notion has become comically common among the liberal media elites. Senator Lindsey Graham even went so far as to draw parallels between this “scandal” and the RussiaGate hoax, lamenting subtly how unoriginal it was.

And, as if we needed a reminder that Donald Trump has yet to be charged with any such crimes, the DOJ this week released a memo that vindicates the former Commander in Chief.

The Department of Justice (DOJ) released a 2019 memorandum Wednesday that explained that then-President Donald Trump should not be prosecuted for obstruction of justice because his statements about the Mueller investigation had a valid purpose.

The memo, prepared on the basis of Special Counsel Robert Mueller’s investigation into Russia “collusion,” and sent to then-Attorney General William Barr, found that Trump’s attacks on the investigation were motivated by legitimate frustration.

Furthermore, the memo concluded that Trump could not be prosecuted for his statements about the investigation or criticisms of cooperating witnesses without intruding on the president’s authority to control the executive branch under the Constitution.

“Collusion” and “obstruction” were two key talking points on the left side of the aisle during Trump’s early days as President, and with no charge on the former and this memo disproving the latter, the Democrats don’t seem to have any legs left to stand on.