Trump Was Right Again: Russia Shuts Gas Off for Europe…Indefinitely 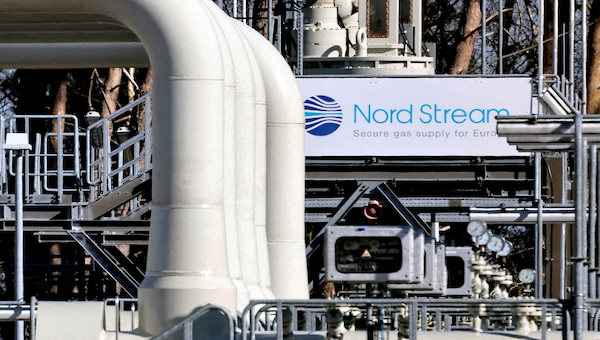 While he was President, Trump created an international furor when he told Germany they were vulnerable because of their dependence on Russian natural gas. Merkel, Macron, and the others thought he was a nutjob. But with the war in Ukraine and Russia’s constant shutdowns of the Nord Stream I Pipeline, they are singing a different tune. Trump was right again, and Europe is paying a frightening price as winter approaches.

Gazprom claimed it was a leaking turbine that had to be repaired, but Siemens, the company that manufactures the turbines, says it was likely political.

“Such leaks do not normally affect the operation of a turbine and can be sealed on site. It is a routine procedure within the scope of maintenance work. We have already pointed out several times that there are sufficient other turbines available at the Portovaya compressor station for Nord Stream 1 to operate.” Siemens statement

Europe is now accusing Russia of using gas as a weapon.

Russia’s state energy company Gazprom on Friday said the Nord Stream 1 pipeline would remain closed after a reported oil leak in a turbine that needed urgent repairs. The announcement came as G7 leaders agreed to put a price cap on the sale of natural gas coming from Moscow.

Europe’s politicians have been bracing for the prospect of supply cuts for weeks and have steadily built gas reserves. But as winter approaches, Europe’s resolve to keep backing Ukraine against Russia will be tested.

“Use of gas as a weapon will not change the resolve of the EU,” European Council President Charles Michel said on Twitter. “We will accelerate our path towards energy independence.” The National

The EU expects Russia to adhere to its contracts, but the last year has seen several pipeline shutdowns for “maintenance.” The last one reduced the flow of gas down to just 20% of capacity. Russia shuts gas off

Energy independence won’t be as easy for Europe as it was for the United States during Trump’s term. Had Biden not kneecapped our energy industry on day One, we would have had the energy to share with our allies. Now, with the US and Europe struggling with energy, there is no extra here. And though European countries have been trying to beef up their strategic reserves, the United States is not doing the same. Eventually, that will also create the perfect storm of disaster for this country.

“I think what has happened is that we’ve been too far away from that personal security, that country security, and too far in to dependencies which were long-distance, semi-hostile, potentially hostile, and that there’s been too much of an eye closed to the consequences because the supply was cheap and plentiful and reasonably local. We’ve had our energy policy wrong for a long, long time. It’s a really nasty shock that we’ve had.” Angela Knight, Former CEO of Energy UK