When Democrats Lose Debate, They Rely On Slander 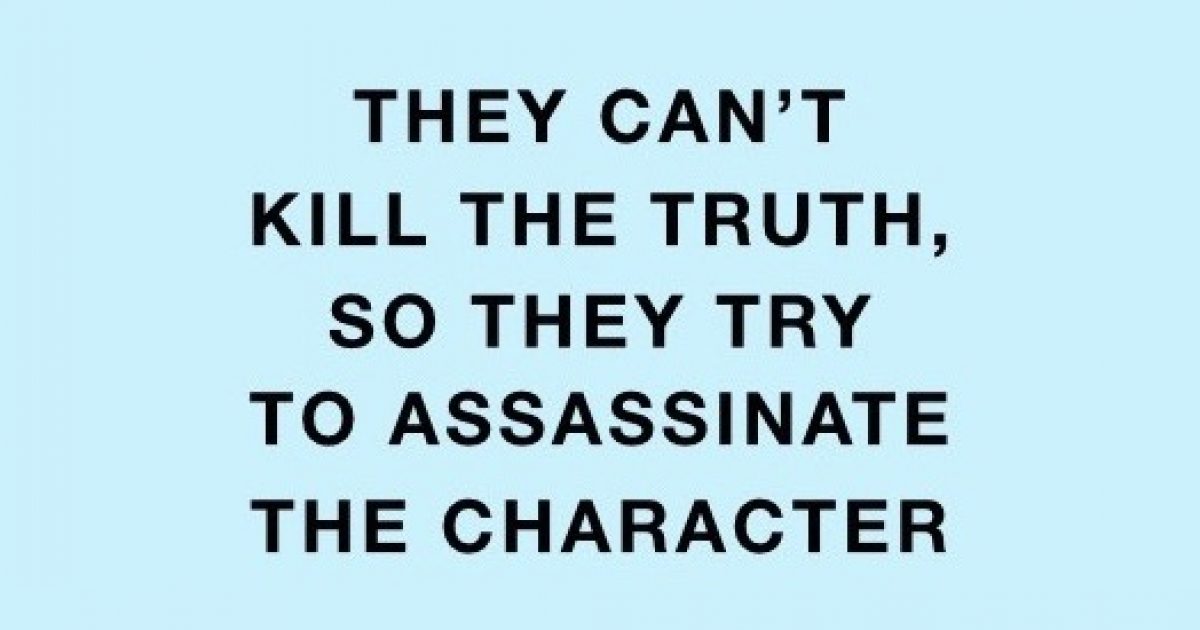 Rear Admiral Ronny Jackson has been the personal physician to our last three Presidents, and by all accounts, he’s done an excellent job for all three men. In fact, President Trump was so pleased with Jackson’s performance thus far that he had just nominated him to take control of the Veterans Administration as the next Secretary of the VA.

Some Democrats wondered if Jackson were up to the task, discounting the fact that Jackson was both an Admiral and a physician…  but none had called his character into question until Senator Jon Tester (D-MT) chose to do so in a recent and scandalous report.

CNN first reported on what Tester and his group of investigators had “discovered” about Jackson, and it was indeed a list of scandalous accusations.

Montana Sen. Jon Tester, the top Democrat on the Senate Veterans’ Affairs Committee, told CNN earlier Tuesday that his committee had spoken with 20 former and current members of the military about Jackson, and that the allegations brought to the committee included concerns about his use of alcohol while on the job.

“If you are drunk and something happens with the president, it’s very difficult to go in and treat the president,” Tester said in an interview with CNN’s Anderson Cooper. “That’s what multiple people told us this was the case on several different trips.”

Tester and CNN outline a variety of misadventures tied to Jackson’s supposed drinking problem, and they also allege that the Rear Admiral was far too loose with his prescription pad, allowing medications to be given to friends who didn’t necessarily need them.

The only problem with all of the allegations that Tester has made? There’s NO EVIDENCE for any of it, yet.

One allegation is that he was drunkenly banging on the door of a female Obama staffer during a trip abroad. The commotion was so loud that the Secret Service was forced to intervene because they were worried about the ruckus waking President Obama. The physically had to remove Dr. Jackson from the woman’s door… supposedly.

However, the Secret Service flatly denies that it ever happened:

“Over the last 48 hours, media outlets have alleged that U.S. Secret Service personnel were forced to intervene during a Presidential foreign travel assignment in order to prevent disturbing (former) President Barack Obama. The Secret Service has no such record of any incident; specifically, any incident involving Rear Admiral Ronny Jackson,” the Secret Service said in a statement.

The law enforcement agency said it performed a thorough review of internal documents related to all of President Obama’s foreign travel in 2015 and interviewed personnel who were present during those trips. The investigation turned up no information that indicated the allegation is accurate, according to the statement.

Another allegation has Jackson drunkenly demolishing a state-owned vehicle. Tester’s report claimed that Jackson drunkenly wrecked a government-owned car after driving away from a Secret Service “going away” party.

Again, the Secret Service keeps meticulous records and finds that no such incident ever occurred.

The White House on Friday said officials had conducted a thorough review of presidential physician Ronny L. Jackson’s vehicle records and found three minor incidents but no evidence that he “wrecked” a car after drinking at a Secret Service going-away party, as was alleged in a document released by Senate Democrats this week.

And finally the most damning of the allegations against Jackson was that he was freely handing out drugs to people who may not have needed it. The White House offered audits of two years worth of their medical units’ handling of drugs, and those audits show no suspicious or nefarious behavior.

The White House also produced more than two years’ worth of audits of the White House Medical Unit’s handling of prescriptions and medications, all of which showed no problems.

In short, there is no evidence to any of the allegations that Tester has made.

Sadly, amidst the firestorm of critique Rear, Admiral Jackson has withdrawn himself from consideration for the position of VA Secretary, but it seems likely that he did so not because the allegations against him were true, but simply because the character assassination had done its job and discredited him.

So here’s the question – what happens to Senator Tester, who appears to have just destroyed the life and career of a good man who has spent his life serving his country?

Hopefully, the people of Montana will vote him out in November, but beyond that, shouldn’t there be some penalty for the kind of character assassination that he just carried out on a seemingly innocent man?

Geraldo Rivera: It is shocking, it was reckless. I think Senator Tester has to answer to the voters of Montana.

Abby Huntsman: Which is down by the way you, you look at polling and he’s down most recently by 18 points in the state of Montana, a state President Trump won by 20 points

Geraldo Rivera: Right so he’s a Democrat in a red state. I think that the voters should take into consideration the fact that he apparently led the charge to assassinate the character of someone who has been admirable and noble in his service to his country and in his duties as the White House physician and someone very close to the president and the nominee for the VA. It’s tragic that the admiral has suffered this and his family has endured this but now I think that he has been vindicated at least so far as the Secret Service is concerned, you know, I think Senator Tester has to now justify.

And for what it’s worth, the President is not happy with Senator Tester either.

Allegations made by Senator Jon Tester against Admiral/Doctor Ron Jackson are proving false. The Secret Service is unable to confirm (in fact they deny) any of the phony Democrat charges which have absolutely devastated the wonderful Jackson family. Tester should resign. The…..

….great people of Montana will not stand for this kind of slander when talking of a great human being. Admiral Jackson is the kind of man that those in Montana would most respect and admire, and now, for no reason whatsoever, his reputation has been shattered. Not fair, Tester!