Rod Rosenstein: He Ain’t Dead Yet 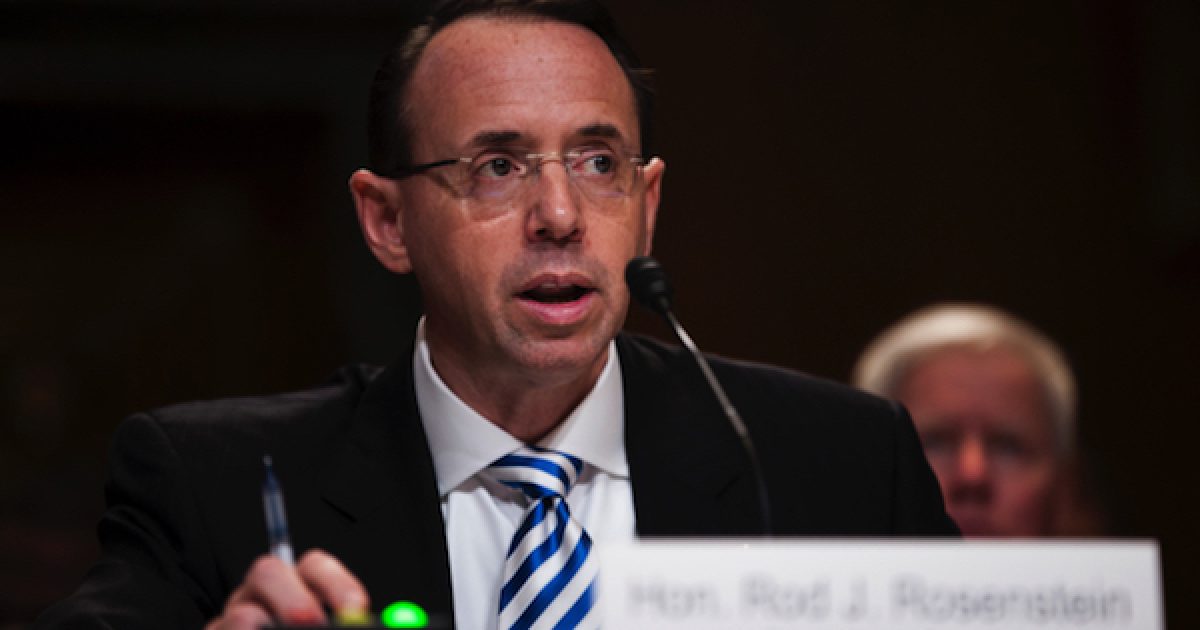 To paraphrase from Monty Python and the Holy Grail, “He Ain’t Dead Yet.”

Finally, we heard from Sarah Sanders.

“At the request of Deputy Attorney General Rod Rosenstein, he and President Trump had an extended conversation to discuss the recent news stories. Because the President is at the United Nations General Assembly and has a full schedule with leaders from around the world, they will meet on Thursday when the President returns to Washington, D.C

Apparently, Rosenstein was attending a previously scheduled “Principles Committee” meeting at the White House in place of Attorney General Jeff Sessions, who is still en route to Washington from Alabama.

Rosenstein and White House Chief of Staff John Kelly discussed the possibility of Rosenstein resigning, over the weekend but apparently, he did not offer to quit. He also spoke to the president over the weekend.

Today’s mass confusion stems from the NY Times reports this past Friday that in May of 2017 Rosenstein suggested wearing a wire to record President Trump and recruiting cabinet members to remove him from office, according to memos written by former FBI Acting Director Andrew McCabe.

CNN is reporting Attorney General Rod Rosenstein’s car pulled up at the Justice Department shortly before 1pm on Monday, He went through the garage to avoid reporters. According to the NY Times, he still intends to be fired or to quit.

The initial reports about Rosenstein getting fired or quitting today was originally published by Axios and picked up by just about everyone…they were wrong, and Axios has some eggs on their faces.

“Under no circumstances should Rod Rosenstein resign. This would place the Mueller investigation in even greater jeopardy. Rosenstein should continue to do his job, protect the independence of the DOJ, and if the President intends to obstruct justice, force Trump to fire him.”

The prediction here is that Rod Rosenstein stays in his position until at least after the mid-term elections and maybe even longer–but who knows?