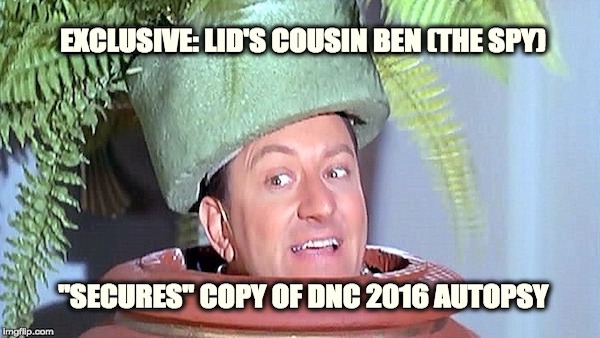 Please Note: Parts of this posts are satirical. Well perhaps not, after the items seem so real.

As you may remember,  after Mitt Romney’s loss in 2012 the GOP conducted what they called an autopsy, a document explaining why they lost and most importantly what they had to change to win in 2016. Almost six months after the 2016 presidential election there is no similar document produced by the losing Democratic Party. No “autopsy” to set their direction for winning in 2020.  The real question is “has the Democratic Party neglected to produce an Autopsy/Strategy document? Or have they produced it but are keeping it a secret?

As I normally do in cases where I am trying to find out about possible secret information,  I sent my Cousin Ben the Spy (his mother wanted him to go to law school, but that is a story for a different day), to go to the DNC and snoop around. Ben is the perfect man for the job. First of all he was born here in the United States and has no contact with the Russian government. 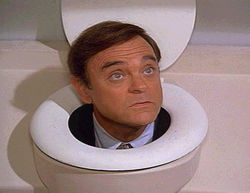 e, Ben always finds a way to sneak around an office without being noticed.   When he was in college, Ben spent his summers on a rig in the middle of the Mediterranean Sea drilling for extra virgin olive oil (which he tells me you get from UGLY trees). I asked Ben to sneak into the DNC offices and find their proposed strategy for 2020  To get unrestricted access Ben disguised himself as a plant and placed himself next to a copy of the Constitution hanging on the wall, realizing that no Democrat wants to get anywhere near the constitution, cousin Ben was safe. Thank God he used the tree disguise. After the disguise he used for his last mission no one in the family would go near him— for months!

After everyone in the DNC left for a “I Hate Anyone Who Makes A Lot Of Money Except For Hillary Clinton, Nancy Pelosi, and Barack Obama” rally, Ben took off the disguise and went to work.

Early this morning Cousin Ben called.  He said he came home with all the information we asked for (he also came back with an uneaten peanut butter and jelly sandwich he found on someones desk).  After scanning everything he emailed me a report which I read immediately.  It was clear that my Cousin found the right documents because one could see that the Democrat’s are already implementing their 2020 strategies.

Below is the executive report of the Democratic Party Autopsy/Strategy document he sent me.

PART ONE: Why we lost:

PART TWO: Strategies for success in 2020:

That was it. At the end of the note Ben wrote, “Remember you promised me that you would get me tickets the next time the NY Jets were in the Super Bowl.” Poor Ben, he got me what I needed, but I won’t have to pay him back for a very, very, long time.