The Move Comes As The Anti-Vaccine Movement Finds A Tailwind In The Wake Of COVID-19. 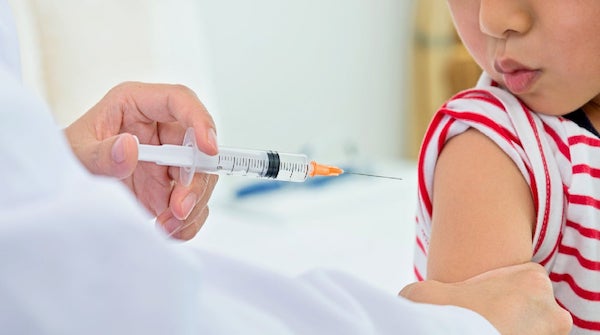 Long before the world ever knew what COVID-19 was, back when very few people had even heard of the Wuhan Institute of Virology, there was a fervent anti-vaccine movement spreading across America.

The movement started because of a fraudulent research study published in a British medical journal in 1998, by Dr. Andrew Wakefield. The study has been proven to be a lie many times over.  And because of his fraud, Wakefield is barred from practicing as a physician in the UK. He has moved to the US but has not been licensed to practice here also.

The supposed link between Autism and the Measles, Mumps, Rubella vaccine (MMR) is the medical version of the “birther” or “truther” story.  The original study that made a claim has never been able to be duplicated and the original paper was withdrawn as false by the medical journal which published it. An independent investigation revealed that the British doctor who authored the study, Andrew Wakefield, was guilty of an “elaborate fraud” by faking data in his studies linking vaccines with autism. Yet for the people who believe the Doctor’s fraud to be real, there is probably not enough evidence in the world to convince them the original study was bogus, but it is.

This tight-knight, but somewhat ostracized group of anti-Vaxxers, was turbocharged by the widespread concerns that America held for the speed of the development and testing of these new COVID-19 inoculations. However, most of the other childhood vaccines have been used to safely innoculate children for decades

With our national attention drawn to the larger vaccine debate, one state could even go so far as to repeal the requirement for school children to be vaccinated at all. ANY vaccine, even the proven ones.

Seventeen Georgia state senators have proposed a new bill aimed at getting rid of all routine childhood vaccination requirements.

The bill was drafted on Jan. 14 and in it, the senators hope to make it illegal to check proof of vaccination. Right now, there are eight vaccines required by the Georgia Department of Health. This includes shots to prevent diseases like measles, mumps, and chickenpox.

Health professionals were quick to speak up.

“We need these vaccinations they’ve kept us around for a long time,” Antonio Proctor said. “We need them. We need to continue to provide updates on the medicine I mean the kids are the future.”

Doctors say the requirements have kept children and adults safe from preventable diseases.

In 2019 the US saw 1,282 individual confirmed cases of measles in 31 states. This was the greatest number of cases reported in the U.S. since 1992. The majority of cases were among people who were not vaccinated against measles.  The measles vaccine has been in use since 1963, 56 years before the 2019 outbreak.

With the anti-vaccine movement growing enormously over the course of the last several years, is it possible that Georgia could overturn decades of requirements?  Only time will tell.

Parts of this post were first seen at Flag And Cross