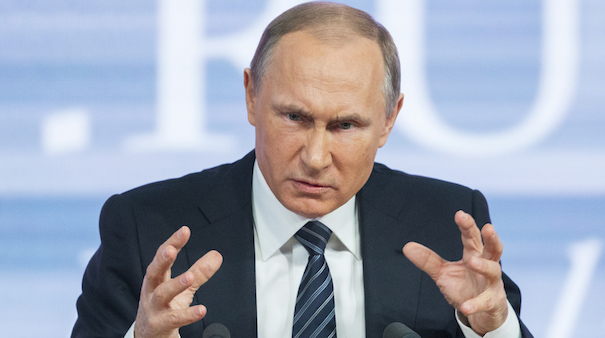 Once believed to be a fearsome fighting force fit for a world superpower, the reality of the Russian military’s losses and other Russian failures has created cracks in Putin’s power base.

CIA Director Williams Burns said Russia’s military has more issues than manpower after President Vladimir Putin ordered a mobilization of 300,000 reservists last week. Putin’s decision, which has sparked protests and attempts to flee the country, comes as Ukraine has liberated some Russian-held areas.

“Even if he’s able to mobilize 300,000 troops, it’s not as if throwing people like cannon fodder toward the front, many of whom are not going to be well trained, many of whom are not going to have the kind of equipment that they need or the logistical support that they need as well,” Burns told “CBS Evening News” anchor and managing editor Norah O’Donnell in an exclusive interview Monday. “His military has a lot of other problems; manpower is only one of them.”

He also has some concerns about Putin’s desperation:

Putin’s military mobilization appeared to be an acknowledgment that the war in Ukraine is not going according to plans. As he announced the move, Putin also hinted at the possibility of nuclear war.

“When the territorial integrity of our country is threatened, to protect Russia and our people, we will certainly use all the means at our disposal,” Putin said. “It’s not a bluff.”

Russia’s move to annex several regions of eastern Ukraine could be an attempt to create that nuclear pretext.   Putin could declare Ukrainian liberation forces as “invaders” seeking to usurp the aforementioned “territorial integrity.”

Adding to Putin’s headaches are conflicts between countries within the Russian sphere of influence:

With Russia’s war in Ukraine grabbing most international headlines, another conflict has erupted in the post-Soviet space that has major implications for both Russia and its historic sphere of influence. Nearly 100 people, including 37 civilians and four children, were killed and hundreds more injured in the recent clash at the border between Tajikistan and Kyrgyzstan, another flashpoint, along with Ukraine, in the territory of the former Soviet Union, where Russia historically has tried to exert its influence.

(…) “Russia has prided itself on being acknowledged as a regional security leader, including heading the CSTO (the Collective Security Treaty Organization), a self-styled alternative block to NATO. However, its role has been exposed as symbolic and limited, as it has refused to intervene in live interstate conflicts involving former Soviet states, even when called upon by members to uphold its treaty obligations.

(…) Normally, Russia would intervene diplomatically in its neighborhood to bring such a conflict to a resolution, but Putin isn’t even inserting himself between the two countries. This lack of interest, to some, is a clear sign of Russia’s decreasing influence.

The decreasing influence, the continued failure of their Ukraine invasion piled on top of an unpopular draft of 300K civilian Russians has incited civil disobedience in Russia:

Opposition to the mobilization has been particularly vocal in areas populated by ethnic minorities that have borne the brunt of the war so far. Videos from the southern Dagestan region show crowds, particularly women, aggressively arguing with officials and police and denouncing the war as “politics” and Russian aggression toward Ukraine.

Across Russia, dozens of enlistment offices and government buildings have been the target of attacks — from shootings to firebombing. But most remarkable, perhaps, has been the mass exodus of military-age men — some taking flights to Turkey and a few other countries that still allow Russians to enter without visas, others taking trains or driving across the border to Kazakhstan, Georgia or Moldova. It’s estimated that 100,000 Russians have already entered Kazakhstan alone. While some war critics say they should stay and protest the war, active draft evasion is also a form of resistance. Perhaps to neutralize protests, Russia’s state-run TV has allowed some harsh criticism of the mobilization effort — at least, of the way it’s being handled.

“Protests are rapidly eroding the body of the Russian state,” Russian political scientist Ivan Preobrazhensky wrote in a column for the Russian-language site of the German broadcaster Deutsche Welle.

It seems that Putin is starting to lose control of the Russian empire he is attempting to create by reuniting the territories of the former USSR. The military,  oligarchs, and the Kremlin bureaucracy cannot be happy with Putin. The question is whether they will allow Putin to take desperate actions such as nuclear weapons, or will they oust Putin from power?