Liberal cancel culture crossed the line into crazy a long time ago, but with this demand, it descended from crazy to psycho. The College Fix is reporting that a subcommittee with the Conference on College Composition and Communication, which is part of the National Council of Teachers of English, demands American teachers “abolish standard English. They call it ‘white mainstream English.”

They even published a document to sell their point, called “This Ain’t Another Statement! This is a DEMAND for Black Linguistic Justice!” Really! “They claim the same anti-Black violence toward Black people in the streets across the United States mirrors the anti-Black violence that is going down in these academic streets.”

Huh? I have never seen an African-American student being violently attacked for using improper English.

In this current sociopolitical context, we ask: How has Black Lives Mattered in the context of language education? How has Black Lives Mattered in our research, scholarship, teaching, disciplinary discourses, graduate programs, professional organizations, and publications? How have our commitments and activism as a discipline contributed to the political freedom of Black peoples?

Folks, these people are teaching our children of all races.  We ask, can we have some of whatever they are smoking?

Their document included five general demands (the use of capital letters as originally written):

Black dispositions are centered in the research and teaching of Black Language!

I don’t have a problem with people learning about their culture and any language with which it may be associated. I learned about Yiddish or what some in my family called the Mamaloshen (mother tongue). But when we get into a mixed society, and/or the working world everyone had to speak the same language, or it’s the Tower of Babel all over again— people won’t be able to understand each other.

College Fix reported that their entire 3,000-word opus included 33 exclamation points peppered throughout, which I suppose means they were really serious!!!!!

The select committee that wrote the “manifesto” also called itself the “Why We Cain’t Breathe!” committee. “The word “cain’t” is described online as a mainly southern U.S. nonstandard form of can’t.” This proves to some that their issue has nothing to do with education and everything to do with their progressive politics. 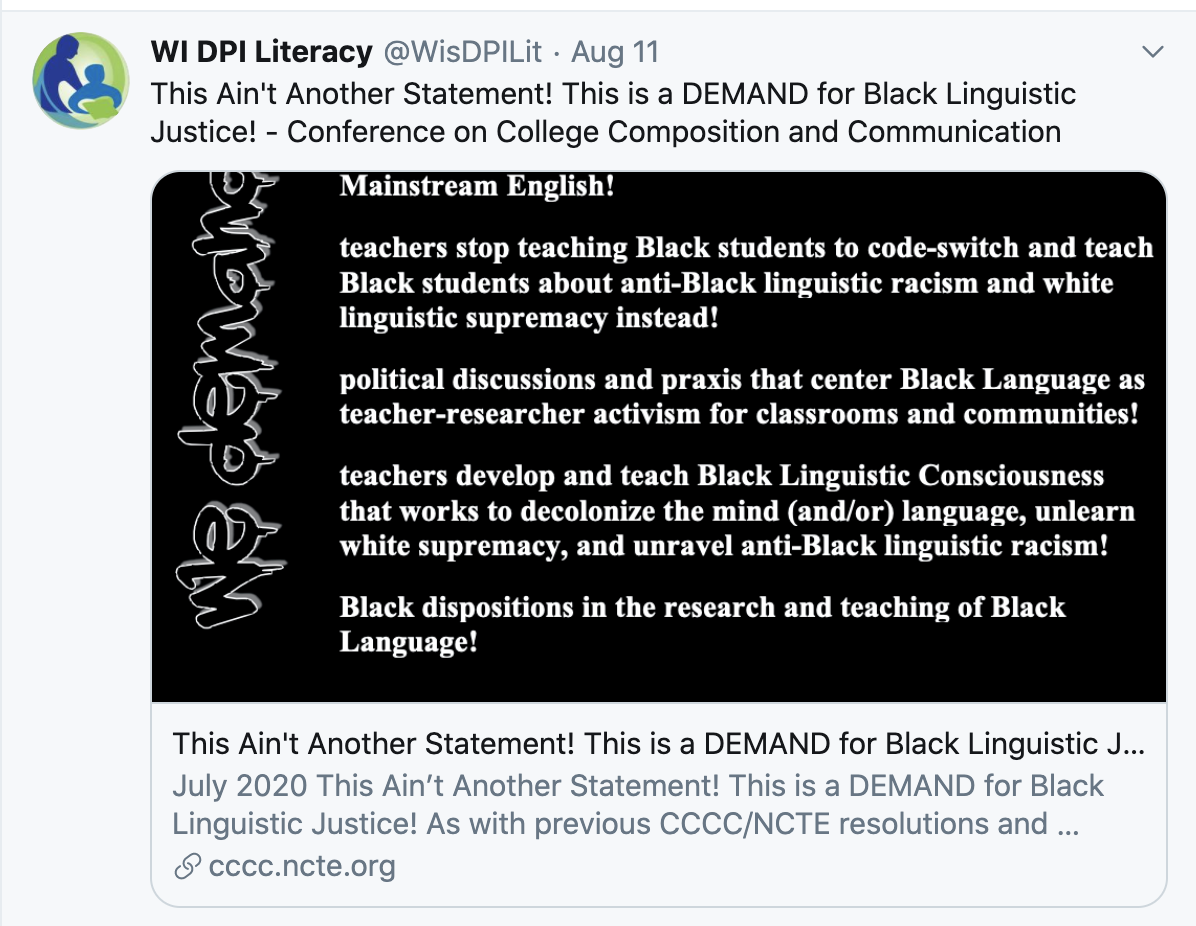 This is just more liberal madness.  If this committee of English professors gets their way, this scene where people don’t understand each other from the movie Airplane will happen for real.