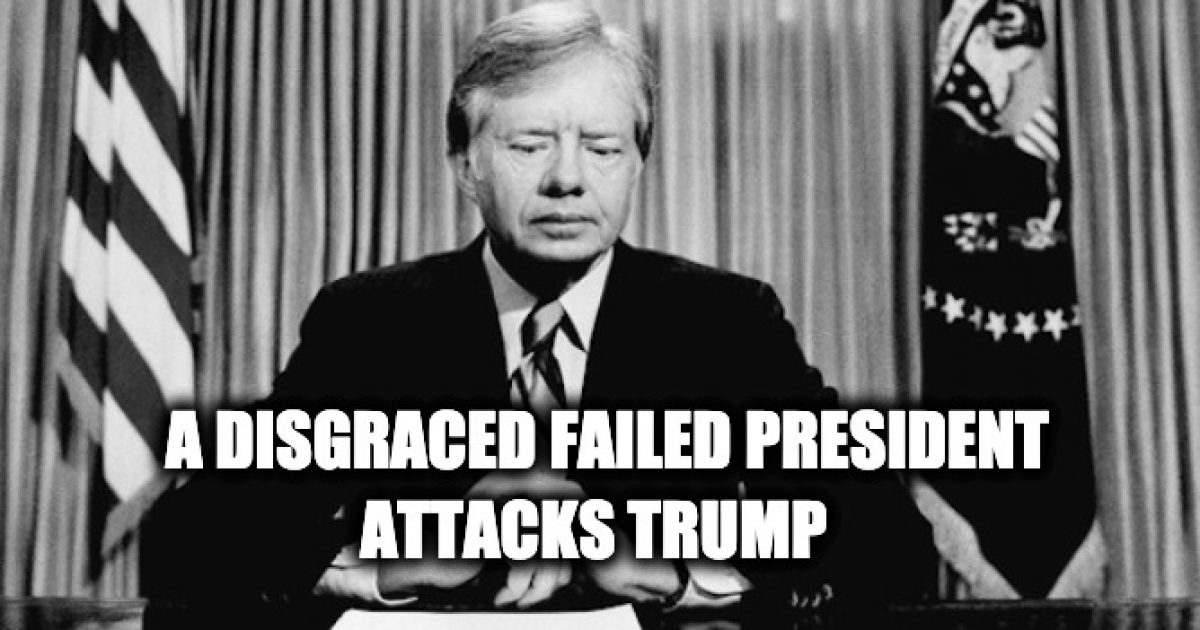 Jimmy Carter never misses an opportunity to say something crazy and demonstrate the lack of judgment that caused him not to get re-elected. On Friday The peanut-president was speaking at a conference on Human Rights and was asked about the Russia hoax.

If fully investigated, it would show that Trump didn’t actually win the election in 2016. He lost the election and he was put in office because the Russians interfered …on his behalf.

And when asked if he’s saying Mr. Trump is an illegitimate president, Carter said, “Yes, based on what I said, which I can’t retract.”

Former President Jimmy Carter: If fully investigated, it would show that Trump didn't actually win the election in 2016. He lost the election and he was put in office because the Russians interfered …on his behalf.
? https://t.co/CYSBIK3qHF pic.twitter.com/o71Z4InVxB

The intelligence agencies did not weigh in on whether or not Russian interference actually changed the results of the election because it was outside the scope of their investigation. But the Senate investigation examined that issue and declared, “The Committee has not seen any evidence that vote tallies were manipulated or that voter registration information was deleted or modified,”

In other words, Carter has no Idea of what he is talking about—just like when he was in office. Carter is the president who created radical Islamist-run Iran we are dealing with today, Robert Mugabe’s thirty-seven-year reign of terror in Zimbabwe was a Carter creation, the peanut president tried to stop Anwar Sadat’s monumental trip to Jerusalem which eventually led to peace between Egypt and Israel. During his presidency, Jimmy Carter’s national security advisor Zbigniew Brzezinski helped to create the Taliban and al Qaeda by aiding the Mujahideen Islamic insurgency in Afghanistan because he wanted Russia to invade.

With a track record like that, why would anybody ask him about Russia or any other international relations issue?