Is President Trump a Radical, a Terrorist, and Worse Than ISIS? (Uh WHAT??) 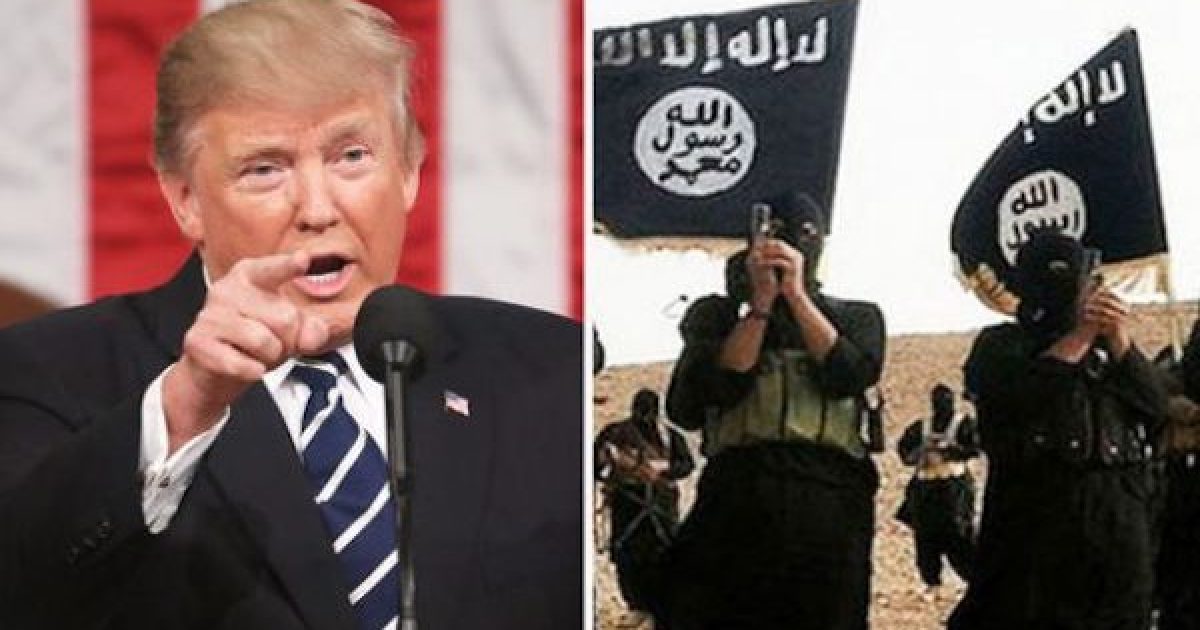 Yes, you read that headline correctly – GQ columnist Julia Ioffe, the “brilliant journalist” standing for “truth and honesty”, had this to say: President Trump “has radicalized so many more people than ISIS [the Islamic State in Iraq and Syria] ever did,” uh what??? (source)

These comments came two days after the tragic shooting in Pittsburg PA. in which Ioffe in a stunning leap of logic and wisdom, blamed the shooting on the U.S. moving our embassy from Tel Aviv to Jerusalem among other things.  Ioffe also had this to say during a roundtable discussion on CNN with Jake Tapper: “ISIS had like 10,000 members.  I think the president has far more supporters who espouse an equally hateful ideology,” Ioffe retorted. (source)

It’s perfectly understandable for someone to dislike President Trump, and to disagree with his policies – but to compare our president to a group of savages little better than animals (actually animals are far better) who are insanely cruel terrorists like ISIS is beyond the pale.  Notice Trump supporters were also called out in this attack.  The Democratic Party is dead or soon will be, all they stand for is violence, corruption, power, and self-interest.

So let me see if I can get this straight – because President Donald Trump (and his deplorable, smelly, and disgusting supporters, of whom this writer is one) has the audacity to stand for what is right in this country, Trump and supporters are every bit as hateful and evil as ISIS.  Because Donald Trump stands up for morality, for what is good for the United States, because Trump puts America and therefore her people FIRST – and encourages his fellow Americans to do the same – while bypassing the national media to do so – Trump is “radicalizing” people.  I have to ask – how can anyone actually be stupid enough to believe this incendiary tripe from an obviously deranged leftist liberal devoid of the facts?  Going back to ISIS:

ISIS, as in those who:

Maybe it is only this writer – but this ideology spewing out of the mouth of a seriously misguided liberal whack-job out to attack and discredit the president ought to make your blood boil, and then you should get angry.

The Leftists are ones to talk about radicalization; the left in recent years are the poster children for radicalization.   The Left operates directly out of the Saul Alinsky playbook: Rules for Radicals, and said the book was dedicated to Satan!  If you have never read Rules for Radicals, the basic premise is this: don’t think of your opponents as human, but rather as objects to be destroyed, torn apart using any means necessary.  Anything goes, if you are accused of something, turn the tables and accuse your opponent of it often and loudly.  Use any means at your disposal to discredit and destroy your opponent, remembering that they are not human.  Lash out loudly and often, ridicule your opponents, lie and deceive.  Does this sound at all like what the Democrats are doing today?

I was driving home from work today, and I was listening to the Mark Levin show.  Mark was playing a montage of leftist fools attacking the president.  I cannot identify many of these people as this was a radio show.  If you want to hear the full montage (the montage is contained in the first segment of the show) you can hear it here: Mark Levin Show, show date, 11/01/18

What these people were saying was breathtakingly stupid, nasty, illogical, unfounded, not based in reality, and completely normal for today’s hate mongering liberals.

Here is a small sample:

The leftists accuse Trump of being intolerant and divisive, not to mention hateful – but in reality, the true intolerant and hateful bigots are the leftist thought police (notice it is the leftists trying to shut down conservatives on social media, the conservatives do NOT do this) and the leftist mobs that attack all who disagree with them (Antifa).  The leftist Democrats who incite violence, who say, we cannot be civil until we get power back.  The leftist Politicrats who attempted to run Trump’s presidential campaign off the rails, and who attempted to and still are attempting to destroy the president of the United States – all because the leftist progressive liberals do not agree with President Donald Trump’s agenda.

This is not a conspiracy theory, and it is not some hair-brained idea thought up by some kook that makes Alex Jones look like an alter boy.

Mark my words here, the Democrats will do ANYTHING to bring down President Donald Trump, and his followers would be and are a nice added bonus.  The socialist Democrats would rather the entire country fail – which of course means the nation’s people fail and fall, they would rather this then see Donald Trump succeed at anything. Common sense would tell anyone that the things Trump is fighting for are good for our country, but you see – there is a distinct lack of common sense not to mention critical thinking in this country.  The brainwashed college students all think as they are programmed to – leftist views are the only views that are correct, violence to achieve your goals is perfectly ok, the U.S. is bad and deserving of punishment, and anything goes unless it violates the leftist constitution.

If the leftist looney tunes gain power in the 2018 midterms they will:

It’s been said before how “important” a particular election is, and I suppose it was.  This election is even more important.  If America wants to stop the Democrats and their insane ideas, which equate to the destruction of America, the only way is to get out and VOTE.  The Democrat way, utilizing violence and threats does not work, and is not the right way to do things.  We are a nation of civilized people; let’s start acting like it.

Midterm voter turnout needs to be tremendous, because I guarantee that Democratic voter turnout will be huge. Anyone who does not bother voting is directly to blame for the results of the election.  Please, get out and vote, no excuses!

God bless America and those who defend her, and God bless the hard working American people and President Trump!