POTUS Names Judge Brett Kavanaugh To Be Next SCOTUS Justice 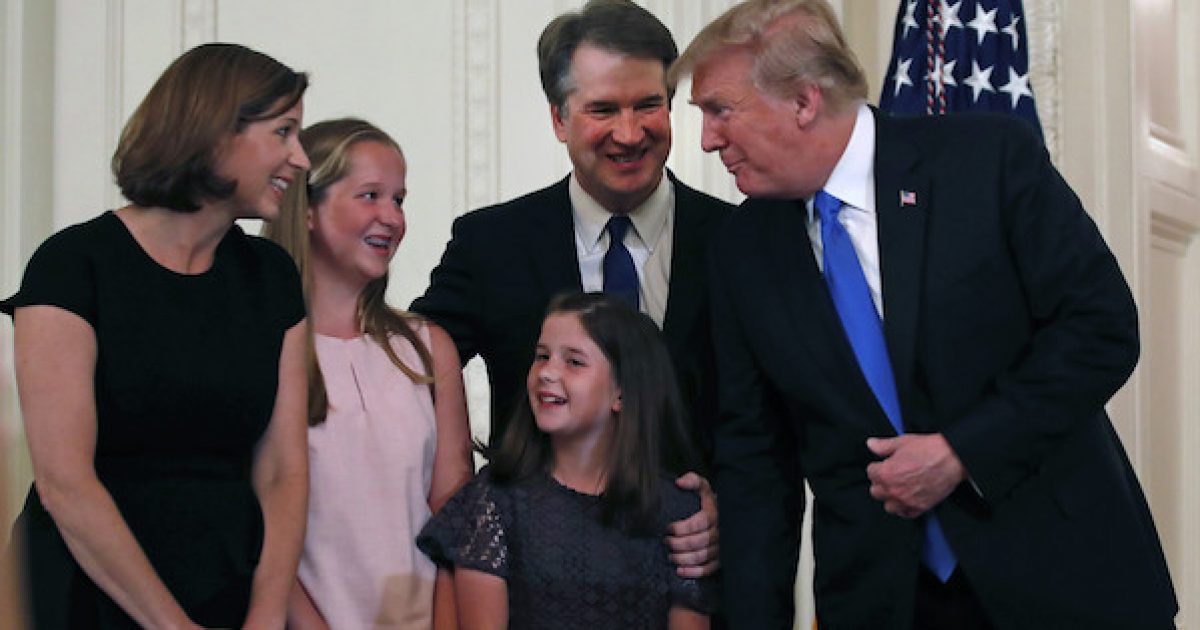 Sometime today Senator Chuck Schumer will claim that Trump’s pick for the supreme court, Brett Kavanaugh killed Bambi’s mother, kicks puppies, drove the car that hit Trusty in Lady and the Tramp, gave Old Yeller rabies so he had to be shot, is the reason the New York Jets always screw up in the 4th quarter of big games, and worst of all, taught Schumer to wear his glasses like an old schoolmarm. But no worries it’s all a lie. President Trump could have nominated Moses, still holding the tablets of the ten commandments and the Democrats would still oppose him.

President Trump surprised many when he chose the one judge on his list who was MOST mainstream and most connected to the past Republican administration of George W. Bush.

On Monday night, President Trump announced that he was nominating Judge Brett Kavanaugh to replace Justice Anthony Kennedy on the Supreme Court. Kavanaugh clerked for Justice Kennedy at the same time as Justice Gorsuch.

Not only does Judge Brett Kavanaugh come with the baggage of having been a member of the Bush administration, but he is also actually disliked by some of the more libertarian members of the GOP Senate.

It is exceedingly likely that for Judge Kavanaugh to be confirmed by the Senate, the President will secure at least one or two votes from the Democrats.

However, in selecting Kavanaugh, the President has also shown how seriously he is taking this process because Kavanaugh has a long and impeccable record of service to our legal system. He may not be the candidate liberals would have hoped for, and libertarians may be worried about his position on issues relating collecting mega-data during the war on terror, and supposedly it was his idea to call the Obamacare mandate a tax,  but overall Kavanaugh is an experienced and serious legal mind who believes the constitution should be interpreted by the courts not re-written. More than any other qualification that is the reason the man should sit on the court.

The confirmation hearings will be a bloodbath as the senators will dig up anything, true or not to throw at Judge Bret Kavanaugh, but sure as Chuck Schumer wears his glasses on the tip of his nose like an old school marm, Kavanaugh will be confirmed.

The nomination of Judge Kavanaugh comes after a selection process marked by an historic degree of transparency, including the President’s public disclosure of a list of 25 highly qualified potential nominees to the Supreme Court.

Judge Kavanaugh has served as a judge on the U.S. Court of Appeals for the District of Columbia Circuit since 2006, authoring more than 300 opinions, including 11 that have been affirmed by the Supreme Court. Before becoming a judge, he served in the George W. Bush administration, first as an Associate Counsel and then Senior Associate Counsel, and subsequently as Assistant to the President and Staff Secretary. A graduate of Yale College and Yale Law School, Judge Kavanaugh clerked on the Supreme Court for Justice Kennedy, and for judges on the Third and Ninth Circuit Courts of Appeals. Judge Kavanaugh also served as a Counsel for the Office of Independent Counsel under Ken Starr and as a Partner at Kirkland & Ellis, LLP.

Judge Kavanaugh has earned a reputation as a brilliant jurist with impeccable legal credentials, and he is universally respected for his intellect, as well as his ability to persuade and build consensus. Judge Kavanaugh lives in Maryland with his wife Ashley and their two daughters.