The Pentagon Issues A Chilling Report About China 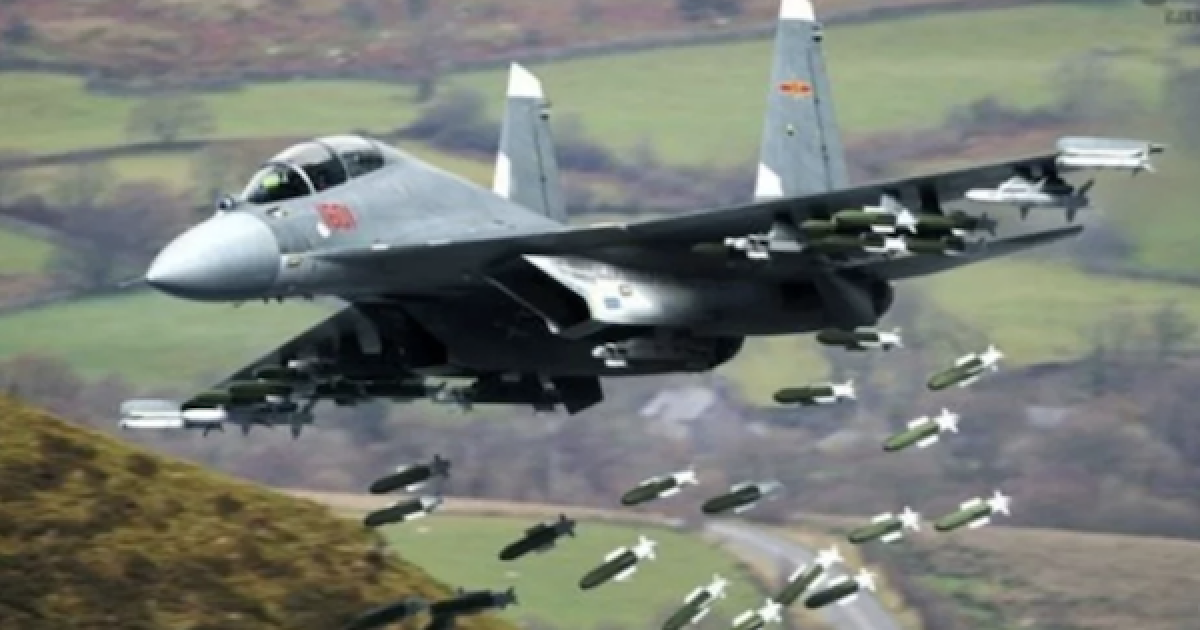 In the world of military might, the United States stands alone.  When you take the scope, size, and technological advancement into account, there is no doubt that the US is the top dog.

Following closely behind is likely Russia, who, as a Cold War opponent, ramped up their weapons program immensely facing the threat of thousands of American nuclear warheads being stored in battle ready bunkers around the continental US.  In a dogfight between the two, no mutually assured destruction to be had, the US would likely still be able to whoop the Russians, but it would probably be a lot tighter than we’d like to admit.

And then there’s China; a notoriously secretive nation with their own empirical concerns to address in the South China Sea before stepping up to harassing the United States in earnest.  But their military is rapidly improving:

The Pentagon warned in a startling new report that China is likely training for bombing strikes against U.S. targets, while developing its nuclear capabilities.

The revelations come in the Pentagon’s 2018 report to Congress  [embedded below] on “Military and Security Developments Involving the People’s Republic of China” which focuses on developments in 2017.

Overall, the report found that China wants to leverage its economic, diplomatic and strategic strength to “establish regional preeminence and expand the  country’s international influence.”

Militarily, the report said the People’s Liberation Army (PLA) has been developing capabilities in “overwater bomber operating areas” and is “gaining experience in critical maritime regions and likely training for strikes against U.S. and allied targets.”

This is part of a broader commitment to strengthening the PLA so it can operate farther away from China.

One of the advantages of the U.S.military defensive capabilities over China has been our nuclear triad. That is, our ability to launch nuclear weapons from the air, land, and sea,  The Chinese military now has its own triad. According to the report “The deployment and integration of nuclear-capable bombers would, for the first time, provide China with a nuclear “triad” of delivery systems dispersed across land, sea, and air – a posture considered since the Cold War to improve survivability and strategic deterrence. A defense industry publication has also discussed the development of a new low-yield nuclear weapon.”

China’s space program continues to mature rapidly. The PLA, which has historically managed the effort, continues to invest in improving its capabilities in space-based ISR satellite communication, satellite navigation, and meteorology, as well as human spaceflight and robotic space exploration. China has built an expansive ground support infrastructure to support its growing on-orbit fleet and related functions including spacecraft and SLV manufacture, launch, command and control, and data downlink. Additionally, China is developing multiple counter space capabilities to degrade and deny adversary use of spacebased assets during a crisis or conflict.

China also continues to develop counterspace capabilities, including kinetic-kill missiles, ground-based lasers, and orbiting space robots, as well as to expand space surveillance capabilities that can monitor objects across the globe and in space and enable counterspace actions.

This growth in space competence of the Chinese military is a reason for President Trump’s call for a space force,  fifth branch of the U.S. Military.

While China is likely not in the same technological realm as the US military is (yet), they do possibly hold a military personnel population advantage that would make dealing with an incoming invasion quite the headache.  Thankfully after eight years of an Obama administration dedicated to stripping down our defensive capabilities,  and rendering our military impotent, we have a president who believes that the best way to maintain peace is a strong military. The U.S. defense spending has been increased to give the best fighting force in the world, the best tools also.